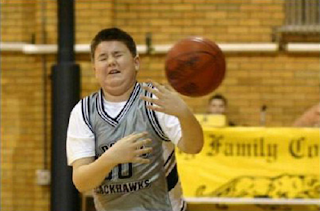 So I coach under 16s high school basketball. It's my second year doing it, and so far my teams across two seasons remain undefeated. I can't claim to being a tactical genius in the manner of someone who analyses the NBA religiously - I thought the Hornets still resided in Charlotte until the beginning of this year. Still, my "unorthodox" practices (which pretty much means making plays up as I watch a game) has paid off in spades. Coach Carter ain't got nothin on me. 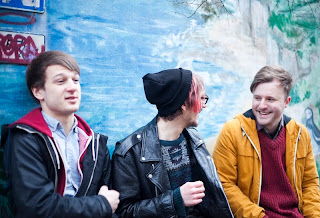 Whilst they might claim to have Dinosaur Jr and Pavement in their genes, Birmingham duo Heavy Waves have other more contemporary bands on their mind, such as Japandroids and the scuzzier moments of JEFF The Brotherhood. Their bio lists about a hundred other reference points, but suffice to say that ‘No Good’ has all the angst, the noise, and the inherent boozy party vibes to smash around and celebrate in rock. Anthemic in liberal distorted doses, Heavy Waves’ upcoming EP comes hotly anticipated. 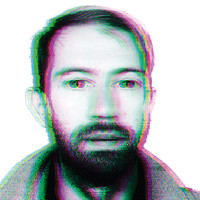 For nearly two decades Per Nyström has been hiding in bands like The Concretes, Mackaper, Diagnos and Monster. Yet his instrumental altruisms are far more eclectic than these bands might attest, and Nattarbete perfectly encapsulates the minimalist hamster-wheel that Nyström wilfully employs that rolls in the interstellar innerspaces, under the hardwire floorboards, and impregnates the synapses. It's at once plaintive, sinuous, seductive and playful, and it's keyboard heaven. You can get the cassette here. 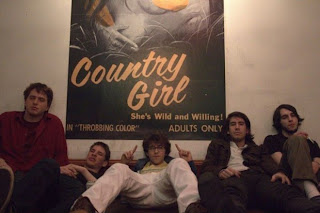 Time Hitler & The Assholes From Space - seriously? Out of all the names in the world, real and imagined, this is what this Pennsylvanian garage band settled on. Yet these guys know what they are doing - the languid approach to warbled rock psychedelia that is laid out on their Wild &Willing album is damn impressive. The five piece, self-described assholes (and who am I to argue?) may claim to come form a parallel universe to revive all things sacred in rock n roll, and there are enough bizarre intrusions here to suggest that not is all as it seems, yet Wild & Willing is a classicist garage psych behemoth, a fun menagerie of big chords, hollered vocals, the hefty waft of marijuana and copious amounts of sweat and booze, all instilled in a sonic package for your easy consumption. Tune in, drop out, jazz up, rock out. 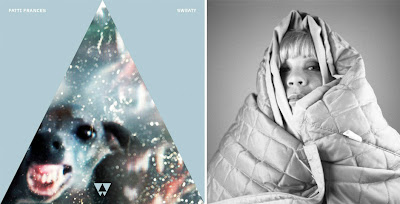 From the excellently eclectic halls of Wood & Wire comes Sweaty, six shards of queasy, feverish electronic shivers from Melbourne-based drummer extraordinaire and newly-minted experimental RnB producer Raquel Solier AKA Fatti Frances. Wanting to take dancefloor bangers that idols Missy Elliott pumps out and combine with pastoral yet evocative songwriting (she quotes both Karen Carpenter and Scott Walker in her bio), Fatti Frances achieves something of a quivering, heaving hybrid of overt sexual come-ons and coy musings, all the while manipulating sound into an electronic vacuum of stutters and uncertainty. Its an alluring mix, and one that deserves far greater attention. You can get all sweaty with Sweaty here. 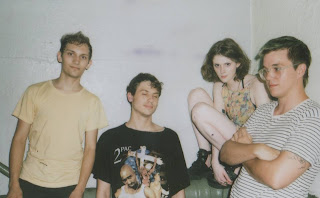 Another bedroom release is this four-track cassette from New York band Amadels, and it is pretty rad. There is next to nothing I know about this band, other than it comes out on Sunday Fir (as does Acid Glasses) and that it has a dangerous link to casual sleaze, sun and narcolepsy. It does have that bedroom scuzz on its shoes, but there is something warm trickling from the pores of these tracks that mesmerises. And they were about to play their first show on next Thursday except it's now been cancelled. That's right - THEIR FIRST SHOW. And it's now cancelled. That means they haven't played yet. Fuck me. 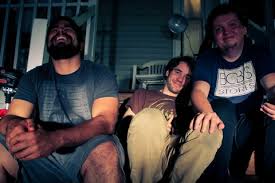 Yet another cracker band from the Exploding In Sound stable, Boston’s Kal Marks has drifted into the oncoming traffic of driving slacker rock on their sophomore LP Life Is Murder (which both Sophomore Lounge and Midnight Werewolf are also distributing), and its an impressive dig. Musically this album slays, at stages almost bringing things to a sludgy grind even as the rhythm section pushes things into sprinting paces. Some will struggle with Carl Shane's curled, pitched vocals (think Devendra Banhart gargling marbles), but give it enough space (as this is also a pretty full on record lyrically, focusing primarily on depression and keeping shit together) and it will knock you over (especially the torn lyricism on songs like 'All I Want In Life Is A Solid Porch'). It doesn't grab me as quickly as Pile's Dripping album of last year - but these guys are running the same lines, which is an eminently great thing. Grab it here.