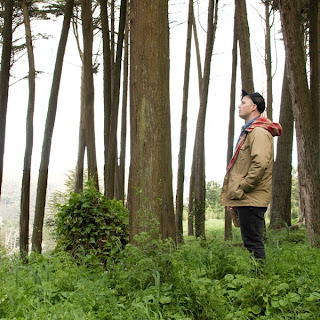 It isn't often that Sonic Masala has a self-professed "producer" in its midst, but San Francisco-based record scrubber Al Lover is an intriguing exception. As entrenched in psych and garage rock as he is in samples and beats, Lover takes on a wide variety of artists (mostly rock-oriented, from Grinderman and Davila 666 to SF alums Ty Segall and Thee Oh Sees) and smudges them right up by smearing white noise and attitude into the mix, often infusing the tracks with even more bluster and awe than was thought possible (and these artists aren't known for their restraint as it is). He believes that psych music is the future of sampling, so he aims to be ahead of the curve. That said, he has original material on its way, most evident in his latest endeavour  Vondun Moon/Snake Hands, a 7" put out by PNKSLM (pronounced "Punk Slime" - a label run by London musicians that went from a blog to a clubnight to a label over three years). 'Snake Hands' is an incestuous love in with White Fence's Tim Presley, who wigs out on guitar and vocals, and it is a heady, hypnotropic mind melt of a track, the beats relentless and feverish, the needle in the red, in the vein, in the third eye. What always excites about Lover's productions is the energy and excitement that emanates from his work - not only is there creativity and flair evident in his musicianship, there is a holy reverence for his base material too. 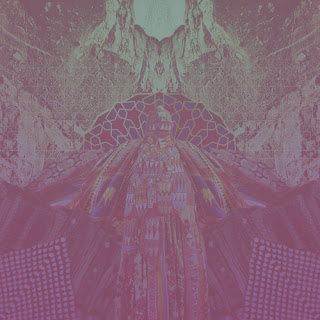 You can pre-order Vondun Moon/Snake Hands here. Only 250 copies were canned, so expect these to fly out the door - GET ON IT.