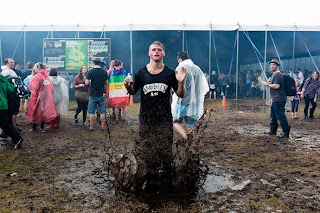 It's been an interesting week here on Planet Masala - Masters graduations, traffic violations, basketball tribulations, and Running adulation. But now I have only one thing on my mind - Splendour In The Grass. It must be said that I don't hold it up as a stellar line-up - it pips 2012, due to the inclusions of the likes of Frank Ocean (but where ISN'T this guy atm?), Violent Soho, The Drones (both Aussie acts you can see relatively often),Unknown Mortal Orchestra, FIDLAR, Portugal. The Man (finally back to form), The National, You Am I playing Sound As Ever and Hi Fi Way in their entirety... I'm more excited about seeing Bardo Pond in a week's time. That said, SITG is always a great time because it's almost like an alternate universe, where you either hang out with people you rarely get to, or have a great weekend with mates. And there are minimal hordes of dickheads (although last year's quota visibly rose - thanks Greg Bird).

Instead of celebrating these bands though (most of which you have all heard before), I thought I would get in some other acts, who aren't doing the rounds here in Aus, that deserve the limelight a lot more than some (I'm looking at you, Gallagher acolyte Jake Bugg...) 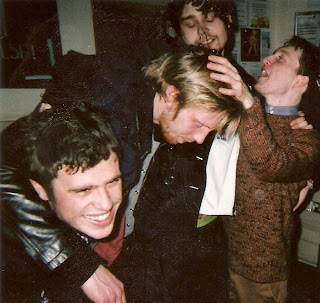 Mancunian rabble-rousers Temple Songs have a pretty cool little 7" called Passed Caring/Dinosaur Alley that I received in the mail last week, and I'm damn happy with it. Out through RIP Records, it's too psych garage stompers that somehow remain ramshackle without losing innate melody and warmth. They have golden Nuggets at their heart, hallucinogens in their travel bags, and with supports slots for the likes of Milk Maid, METZ and Sex Hands under their belt, have hit the quick line into heady rock heaven. 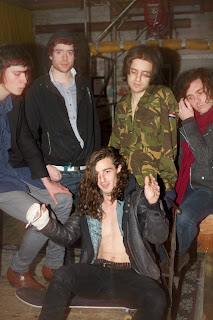 Back closer to home, we have Teenage Mothers. I'm sure there are pregnant 16 year olds all over the world, immaculate or otherwise, but these particular rapscallions hail from Melbourne. Wild, untamed, uninhibited - more like the fathers of said out-of-wedlock sprogs, Teenage Mothers have released a affidavit in the form of EP Mother Satan that underscores they are never going to be fit to date your daughter/sister/grandmother. Melding their punk with some goth undertones (listen to that wild organ!), and already with a mythical backstory involving drugs, theft, professional skateboarding, published novels and "kicking against the pricks", it's no wonder Jim Sclavunos (Nick Cave & the Bad Seeds/Grinderman) was drawn to record Mother Satan and their incumbent debut album. Keep your eyes on these loose cannons.

Let's head to Scotland now, where Edinburgh composer Matthew Collings is crafting some spectral audio hauntings for his album Splintered Instruments (out here on Fluid Audion Recordings). Single 'Vasilia' holds firm to its minimalist trappings, yet creates a vacuum where the slightest repetitive note becomes an oscillating oppression, a held breath, an unblinking stare. Its ominous nature builds in tension, perfectly encapsulating Collings' modus operandi - this is sound as brooding, sweat-inducing monochrome. His experiments continue to grow in interest and verve, with juxtaposition between space and noise and its incremental build the key. And with friends from Iceland (including the excellent ex-pat Ben Frost) in the background, Collings is on a dynamic path all his own. 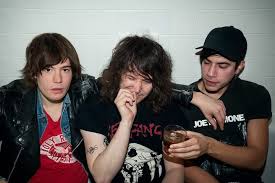 Nathan wrote about the band Left & Right a few weeks ago - well from there we were referred on to New York band Lurve, and what a find! The trio travel down the corrugated iron well of reverbed guitar pop, before exploding in a Dinosaur wail of guitar noise especially on 'Simple Syrup' that takes us hurtling back into the 90s (I'm loving this revolution - constant reaffirmation how good a lot of the music was back then, just not given its dues!). Their hardcore background serves them well, and sees them in a tonal battleground where the likes of The Men and Milk Music stand at their shoulders, instruments at the ready. They have an album on the way - if someone doesn't snap these suckers up stat, then the world is a weird, woolly place indeed. 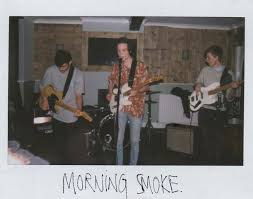 Heading back to the UK - Brighton to be exact - to meet up with Morning Smoke, who have an EP In Euphoria coming out in a few months. The two tasters from it, the title track and 'DYWD', are goddamn tasty all right. These dudes are all under twenty, killing it, and hungry as fuck. They liken their sound to noise pop, yet whilst the harmonies echo throughout, this is much more in line with post-punk flecked rock, petulant at times, dark and uncompromising at others, but always with a devilish glint in the eye and a kick in the heel. The vocalist sounds a bit like Yannis from Foals at times (for better or worse) - but unless you make tenuous comparisons with that band's debut Antidotes, that's where the parallels end. Morning Smoke can be a little too earnest at times - they are most enjoyable when enjoying themselves in all factors of the songwriting process - but this is just the beginning. Prepare to be burnt to the emotional, nervy core. 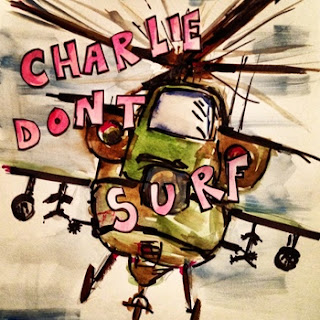 Let's finish up with some scuzzy silliness courtesy of No Valley. Formerly known as Vacation, it's clear the honeymoon is over, with the band stuck in no man's land with only beaten up instruments, some sun rays and a few brain cells at their disposal. It's easy, it's cheap, it's gonna get you over the line - yet there are also slight colourations on the edge of this track to indicate No Valley aren't intend to remain this way, there are complexities and deviations to be made and built upon. Bookmarked.