Swim Deep For Your Crush 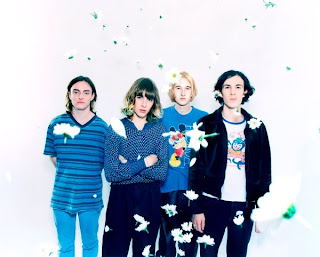 Just a quick closer for the day. Birmingham breezers Swim Deep are on the cusp of releasing their debut album Where The Heaven Are We. I've never been the biggest fan, yet neither have I written these kids off. Their music generally hits me as mirroring the sounds of Britpop for the 21st century, and there a myriad of acts flying that tattered flag. Nevertheless something grabbed me with their bonus track 'Crush' - maybe its the Stone Roses-esque sound (if you forget the one minute outro, which is more Kula Shaker - *shudder*). It's put me in a good mood after a fifteen hour shift, which is a mean feat indeed.