In The White Hills Is Where You'll Be 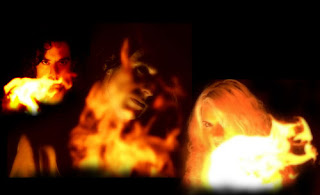 Ever since I saw New York's spaced out oddities White Hills play a Thrill Jockey co-headliner at The Luminaire in London's Kilburn back in 2009 (the other band - Pontiak; the night - one of the best gigs I've seen), I have watched the movements of Dave W and Ego Sensation avidly. Their eponymous album of 2010 is still one of the best psych rock albums of the past decade, yet with each release the trio (often with Oneida's Kid Millions on the skins, but it is a bit of a carousel) manage to stretch out their baked noises into wider and weirder realms, yet have always brought the bluster and brutality.

Their latest record, So You Are...So You'll Be, continues the trend. Starting with the squelching scrawl and bleeps of 'InWords', before 'In Your Room' explodes, an insidious, almost idiotic circle jerk of leering quirks that somehow manages to ingratiate and grate at the same time, for the same reasons - that's an impressive feat, thus creating an imperceptible unease. 'The Internal Monologue' plays into more astral expanses, a drone-centric malaise that fires the synapses. The title track is classic White Hills, a rhythmic, incessantly repetitive groove that threatens to tear the lining from your brain. There is nothing overtly new being done here - it is just being done right. Then it cuts short, and we disappear down another modem line into a pixellated world of swirling psychosis - 'Forever In Space Enlightened' is currently my favourite track on the record, a undulating mind fuck that turns over to reveal a scorpion's tail of a guitar solo. That said, the album is made as an album - every song segues into the next, informing others that have already played or are yet to come... It takes investment into this warped, conceited world that White Hills inhabit, a barbiturate menagerie of hooks and bytes, but expect the narcotics to kick in and take you way, way away from here. 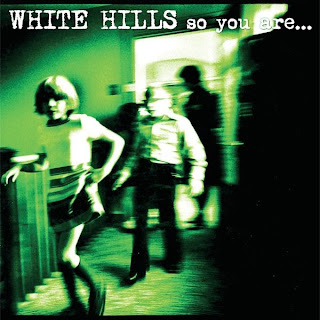 You can pre-order So You Are...So You'll Be here - get in quick to get the green vinyl and the special bonus 12"! They are also about to become the support for a huge tour of The Cult - seriously (those old bastards don't know what they've let themselves in for...)

White Hills - In Your Room
Posted by Brendan T