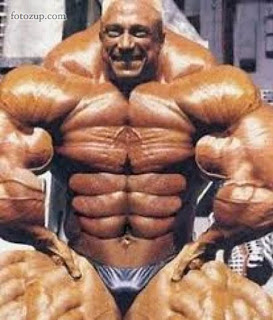 I've just come back to the "day job" a couple of weeks - of which I also had a bit of a break from Planet Masala. Thing is, I can never quit this. I saw four great shows (including one of my own, which was actually one of the best shows I've put together), and had quite a bit of vinyl come through the mail. Therefore I'm focusing the first Hits From The Box back into the fold (and it's an 8-pack, no less) on those releases (plus one that actually came last year, but I was overseas then, and then lost it in the move, then found it last week, so it still counts). Trust me - these bands are built to last (and probably have bigger neck muscles than you too). 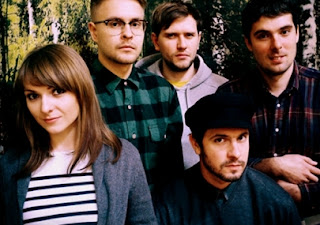 Let's kick off in Russia. Motorama is a five piece whose Calendar LP is a heady mixture of 80s synth throughlines, complemented by a baritone vocal that could be Matt Berninger from The National if he sang in a New Wave band from 1986, rambunctious post-punk guitar that segues from beach pop to glistening indie melodrama, and a drumbeat that is relentless in keeping the momentum at breakneck speed. It's quite possible this indie fusion has benefited from a discovery of old music and new, all at the same time - like being subjected to a cell for fifteen years, then when released heading to the nearest record store where your first three purchases are Phoenix, Bauhaus and Roxy Music (seriously makes me want to spin these back to back now...). Not that far from The National, if they were more musically upbeat - and I love the National, for better or worse, so there you go. Calendar is Motorama's second album, out now on Talitres (grab it here). 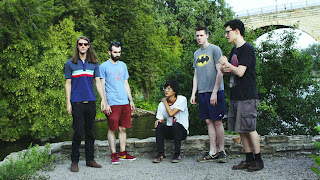 Father Figures as an idea has existed for seven-odd years, yet the band members' other endeavours (which include other avant-pop amalgams such as Man Man and Matthew Dear) has kept these zombie jazz merchants from storming the world like a go-go virus. Like jazz, Father Figures offers instrumental passages that are often whims, an improvisational melange of like minds melding as one; unlike jazz, most of the tracks on their Bad Bad Birds EP are rhythmic, the saxophones speaking to the listener, a viral disease of the ears. It's cracked, it's decayed, it's deformed - it's delectable 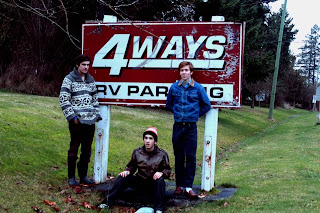 Canadian wonk-rock heathens Zuzu's Petals took me by surprise, as I only listened to their The Fire Breathing Dragon record as an example for a friend as to how many emails we get at Sonic Masala HQ ("Look how much comes in a day! And most of it sounds like this...Actually this is pretty good, scratch that..."). It's classic off-kilter, semi-abrasive, wholly immersive rock that the likes of early Modest Mouse, Pedro The Lion and a goddamn plethora of other bands are familiar dealers of, and they do it well. Really well. It has that hazardous yet infectious as fuck vibe that Spook House and Pile have, two releases that blindsided me last year and continue to reap rewards. Don't be surprised if Zuzu's Petals doesn't crawl under your skin and keep you warm at night. 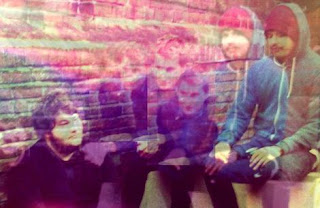 A subtle play on one of modern history's true wordsmiths, Bristol's Oliver Wilde has been scratching at the surface of reality for a little while now, finding a somewhat incongruous home on Howling Owl Records. This band is not post punk or no wave - yet there is something chaotic in the miasmic haze that the act casts over their soundscapes, an electronic unease that curdles the mind. There are moments, like on the AM fried harmonics of 'Flutter', that you feel like Oliver Wilde is a familiar, that they have always accompanied your greatest achievements; but before long another wave of warbled noise drifts across and hides the band's true intentions, an unnatural, perturbing pop with so many layers it's difficult to know where to start. Lysergic soundtracks to a cartoon crawl. Too many and too few colours to take in. I'm exhausted - but I just want another taste - just one more... A Brief Introduction To Unnatural Light Years comes out on white vinyl on Monday - pre-order it here (you really must). 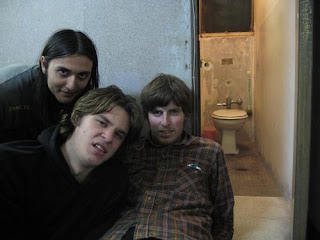 Another label to come onto my radar is one closer to home, with Bro Fidelity providing a home for some of Melbourne's greatest heavy instrumental acts. One such band is Fire Witch, whose Liars record from 2010 was sent to me recently. It's incredible - a heady noise fest, sure, but one that requires patience and due diligence. The impressive thing about this trio is their insistence on the slow burn - sludge rhythms that roll forward, an insidious ebb and flow, that become a flatline for the Underworld, baiting silence before bursting forth in a wanton release of brutal force. 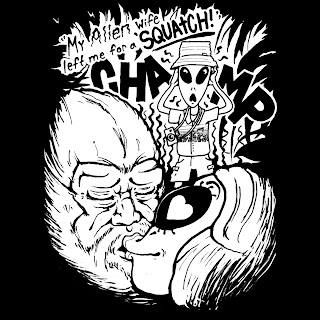 San Diego gutter punks CHAMP, other than they made this EP. I like it that way. This feels like something I would find scratched on a cassette hidden under the passenger seat of the car, all covered in dust and lint, and not know whether I was listening to a mixtape or an album. The mood swings wildly - 'Nothing' is nascent, noisy, nasal garage punk; 'Burnt Alive' swings and sways in a heady malaise before sparking to life in an angsty rage; 'Bummer' squalls, offering a listless uncertainty before the afterburners kick in; 'Terror Of God' is maudlin misery in all its resplendent glory; 'Loser' disappears down the well, an acoustic plea never to be heard. It's all pretty ace. More please. 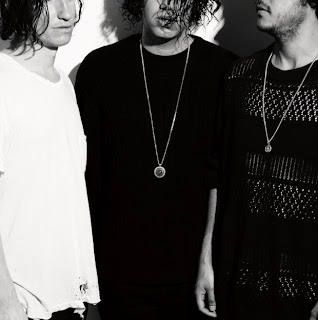 And we finish with the hypnotic guitar crawl of Glass Gang, a Brooklyn group that link a crunchy yet simplistic guitar line with wispy, tired vocals and elegant synths, a basic drum machine offering a quirky counterpoint that somehow ties it all together. I didn't think I would be a fan of this, but it immediately sunk its hooks in and some two weeks later has refused to let go. An intriguing prospect that I will watch closely from here on out...