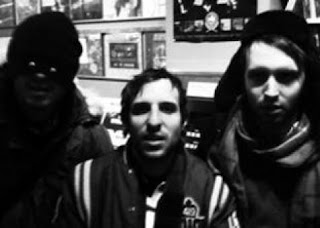 Chicago's Running can't stick to the underground any longer - John Dwyer won't let them. The Thee Oh Sees mastermind has dragged them kicking and screaming (so I imagine, although who could resist?) to put out an album on his Castle Face Records, and it's predictably razor cutter abrasion and tear, no salve for the wounds, just superglue, suture and suck it up. Vaguely Ethnic continues Running's penchant for atonal noise, set on a carousel of unrelenting bile and room-tilting nausea, all done with a devilish derring-do that dares you to defy their misanthropic desires. Each song runs into each other, mirroring each other, chimeric destruction on a motorik conveyor belt into the maw of the Mind Melt. Vaguely Ethnic is Castle Face's Necronomicon, crafted from flayed eardrums and singed tongues, a cacophonous pill for the digital age - forget white noise when there are so much to be loved in the red. 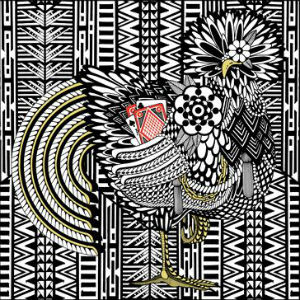 Running - This Is A You Problem