Quaffing The Healing Crystals Down For Those Cool Sounds 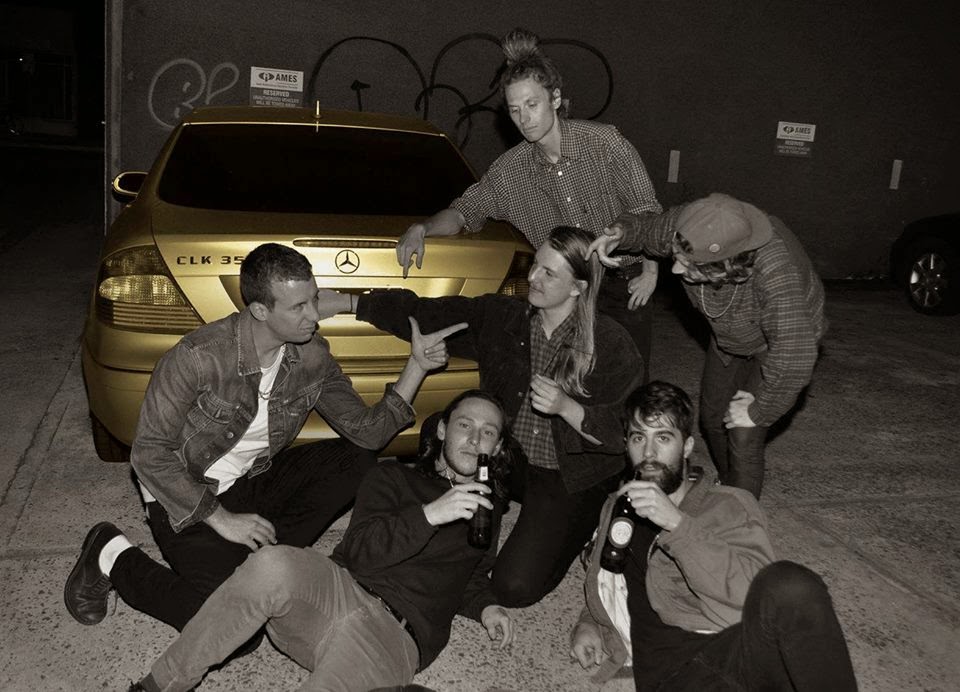 Barely six months have passed since Melbourne dudes Cool Sounds brought us Melbourne Fashion, and yet here is another album to light up and take in. Healing Crystals is eight songs of blissful, sanguine pop, an easy glide down the backstreets of your town. Snowy (The Ocean Party et al) has become more of a fixture on this album, his saxophone lending a warm hum that at once refreshes and lightens the load. There are additional vocals lilting in the background too from the likes of Amanda Roff (Harmony), Ashley Bundang (Zone Out, Hot Palms, Totally Mild) and Zac Denton (The Ocean Party, Ciggie Witch) to add to the wash of sultry sounds. In fact this reminds me a lot of last year's Ciggie Witch record, Rock and Roll Juice. There is an ease and familiarity with all of this, that doesn't feel as put on (or put upon) as other players in this crowded tavern. Especially when they get into storyteller mode, like closer 'Pizzas', which plays out like a vignette of a bit player from Edward Scissorhands, if the film was shot in Coburg. Which to me should be the focus of more jangle rock albums - concept it the fuck up.

Seriously though, Healing Crystals is a lovely record. The fact that French label Beko Disques (who put out the Excusers EP I mentioned recently, as well as Day Ravies and Nathan Roche releases) are putting this out is doubly exciting - grab it here. The boys have had a residency this month down at the Tote - and are finishing up this Sunday with Palm Springs and Tam Vantage in support - get along.