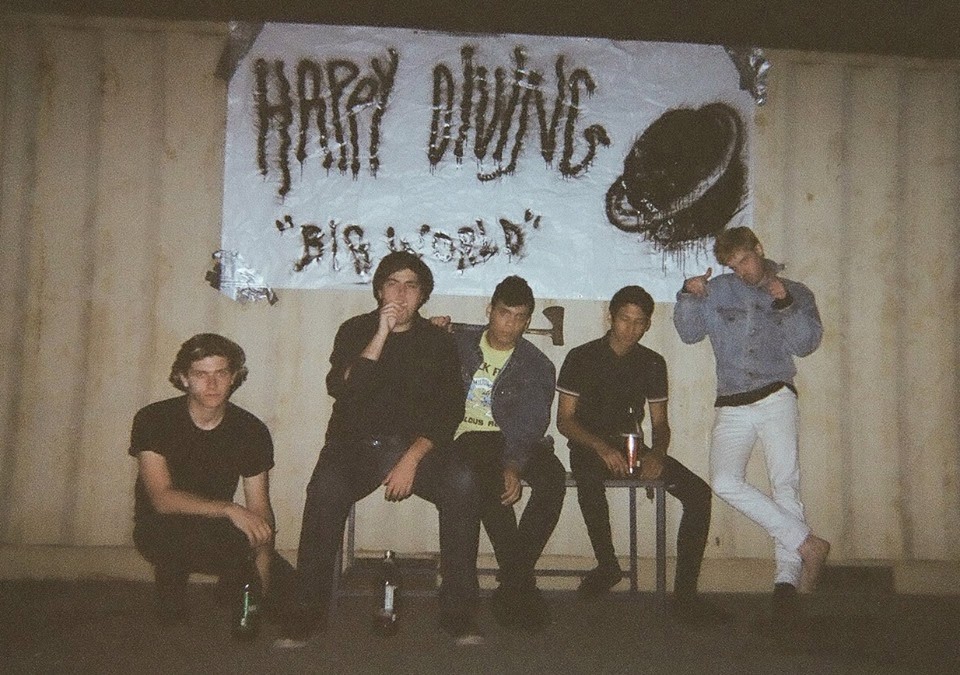 Happy Diving are a four piece who believe in opening all tracks with wails of feedback, blasting through pop conventions, mainlining sugar-rush mayhem before fading away like an imploding quasar. Their album Big World is basically one song, repeated ten times. The thing is, this actually doesn’t bother me at all – because their clearly beloved song structure of choice is delivered with such relish and volume, all imbued with amber light, it feels like a bliss bomb that you don’t want to stop tearing your very essence apart. So it can be visceral – but we are talking Whirr/Dino Jr/PAWS visceral – a sun-drenched shoegaze aesthetic adhered to scuzz-pop and hipster noise in bite-size form. This is heightened by Jack Shirley’s touch – with Deafheaven and the aforementioned Whirr receiving his mannered touch-ups, he is becoming the go-to for more angular yet aurally accessible shoegaze gauze. The press release compares the quartet to Japandroids, a band that I obviously like, but I feel the band is more akin to another SM fave, Ovlov, albeit with a sunnier disposition. Big World isn’t so big – it’s brash, familiar, and repetitive – but why get out of the pool when it’s so good?

You can get Big World (out through Father/Daughter Records) here – vinyl variations include oxblood or virgin black, but you've missed out on the oxblood and baby blue splatter on double mint - what a delicious disaster that record would be...