Swerving Into The Setting Sun 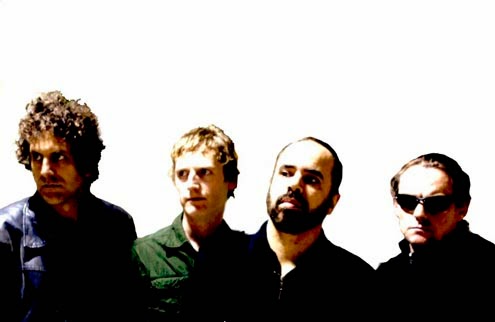 Everyone is probably writing about this, so why shouldn't we? Especially seeing as one of the best sets of the 2009 My Bloody Valentine-curated ATP Nightmare Before Christmas festival where Sonic Masala was conceived was by Swervedriver (it must be said though that it had been a loooooong weekend, and I found both Bob Mould and Yo La Tengo to be incredibly boring that weekend - so take that as it lies...) Mezcal Head has been a standout record of mine for years and years now (even moreso than Raise). Now, in 2015, the Oxford giants are releasing a new LP! The first official single off I Wasn't Born To Lose You is the languid 'Setting Sun' ('Deep Wound', the first new song that the band had released in 16 years that was put out on legendary Brisbane label Tym Records last year, also makes the album cut). What with this, Adam Franklin's incumbent solo record as Bolts of Melody, Rise's ultra successful reformation shows, the resurgence of walls of sonorous noise worldwide (including on this very label with the continuing love for Roku Music), it is a very exciting time to be a shoegaze enthusiast, that's for sure.