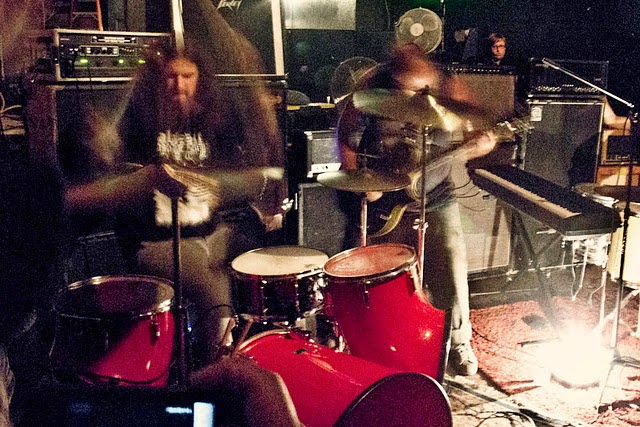 OK so that title is far too long and punny. Whatever, I'm just glad I can start 2015 with such a killer cover! Portland metal fiends The Body have really shaken the foundations of the music world to the core over the past couple of years - a few friends claiming that their gigs have heartily eradicated all thoughts of  "best live acts" before them - and are on the cusp of releasing "collaborative" album (alongside Baton Rouge sludgelords Thou) You, Whom I Have Always Hated (out through Thrill Jockey at the end of the month). First taste off it is this brutally dour take on Nine Inch Nails' 'Terrible Lie'. There is something about the swaying stagger and metallic scree that underpins this that I find both borderline ridiculous, eminently disquieting and extremely exciting. This is the kind of cathartic mess that No Anchor have been blasting out for some time now, albeit with added undead-raising esophageal screams. Now, to hear that Vic Chesnutt cover... Have a twisted weekend!

Email ThisBlogThis!Share to TwitterShare to FacebookShare to Pinterest
Labels: No Anchor, The Body, Thou, Thrill Jockey