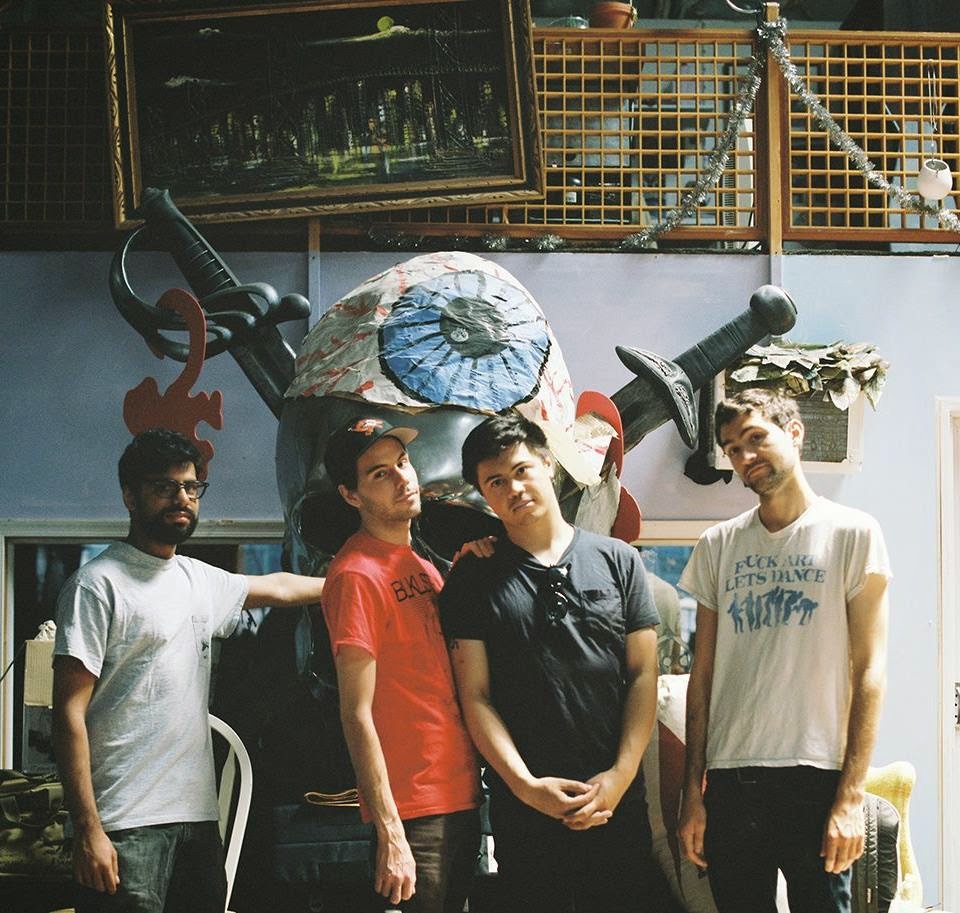 Last month got hectic, and I wrote a bunch of posts that I didn't get around to actually posting. So because I want to clean house and I actually spent time doing them and want them out there - this Sunday will be post that slipped through the cracks day!

New York four-piece Big Ups are starting to become a common fixture on my playlist these days. Ever since Paul and Ani, two good friends and past writers/co-founders of Sonic Masala, mentioned seeing them earlier this year (and they were one of the many acts that fell foul of ATP with THAT festival back in August), the band’s abrasive, literate, garrulously visceral punk offensive has been a minor obsession for me. (Seeing as one of my favourite albums of 2014 has been Detroit maulers Protomartyr’s Under Color Of Official Right, this shouldn’t surprise you really) I’ve attempted to write about it and them a number of times over the past four months, but like a great many half-concocted ideas, it has languished, falling farther down the totem pole, getting crisp on the backburner.

Then I heard ‘Not Today’, and my mind slipped another gear their album from the beginning of the year, Eighteen Hours of Static, was a maelstrom of ferocity and exorcised humane vitriol, a diatribe aimed at the world at large, spat out in all manner of obtuse and lugheaded ways, and this universality proved its searing, charismatic throughline. Like Protomartyr frontman Joe Casey’s baritone barbed-yet-acerbic lyrics, or Sleaford Mods’ Jason Williamson’s evangelised gutter gnashing, or Parquet Courts’ Andrew Savage’s slacker ennui spun as ocular literature, Big Ups’ Joe Galarraga seemed in tune with the 21st century intelligentsia, literati, proles and serfs – not just proffering a self-aggrandising roar for self-purification and perceived entitlement then, but an angular attempt to connect, to reveal, to revel.