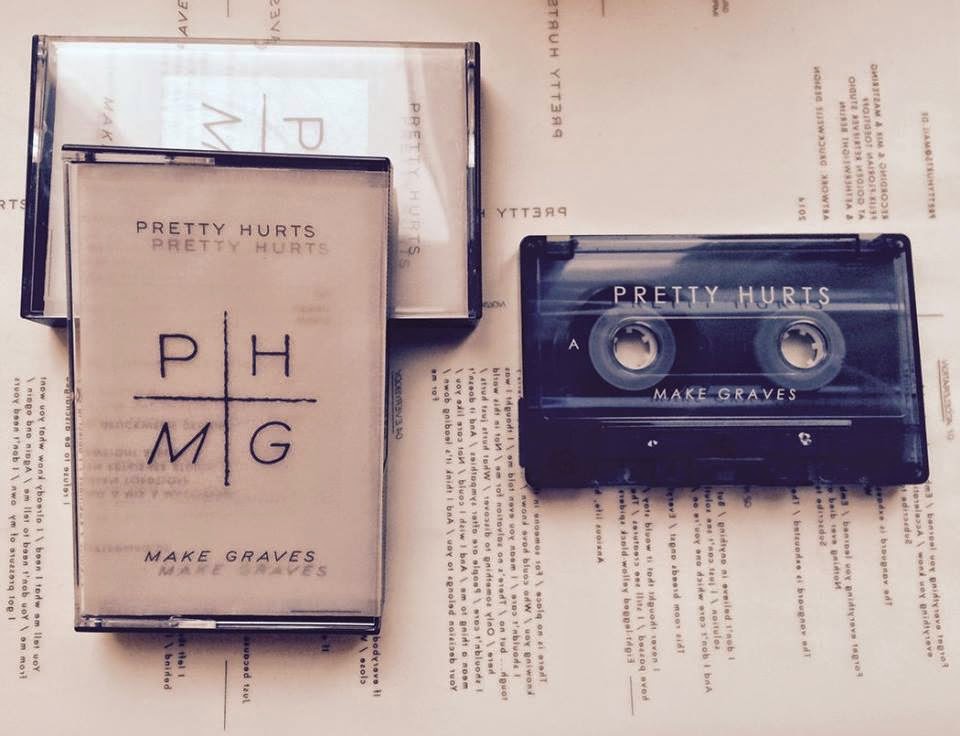 I'm not sure if the above is a deliberate play on word from this German band on Seattle band Pretty Girls Make Graves, but it's made my pun a lot easier... The squalling punk howl that Pretty Hurts carves out is on full display on their EP Make Graves (which came out in October 2014), six songs of writhing, uncomfortable tension that nonetheless is immensely cathartic, the release a cleanse for artist and audience alike. There are tracks like 'Everybody' that resides in a mid tempo chug with the occasional spike of release scattered throughout, but most tracks here are continually moving, an elastic tension that no amount of scratching can fully sate. Such coiled aggression is what underpins the best of post punk rock stylizations, and Make Graves is a testament to a band that are poised to spring, attack, and free us all.