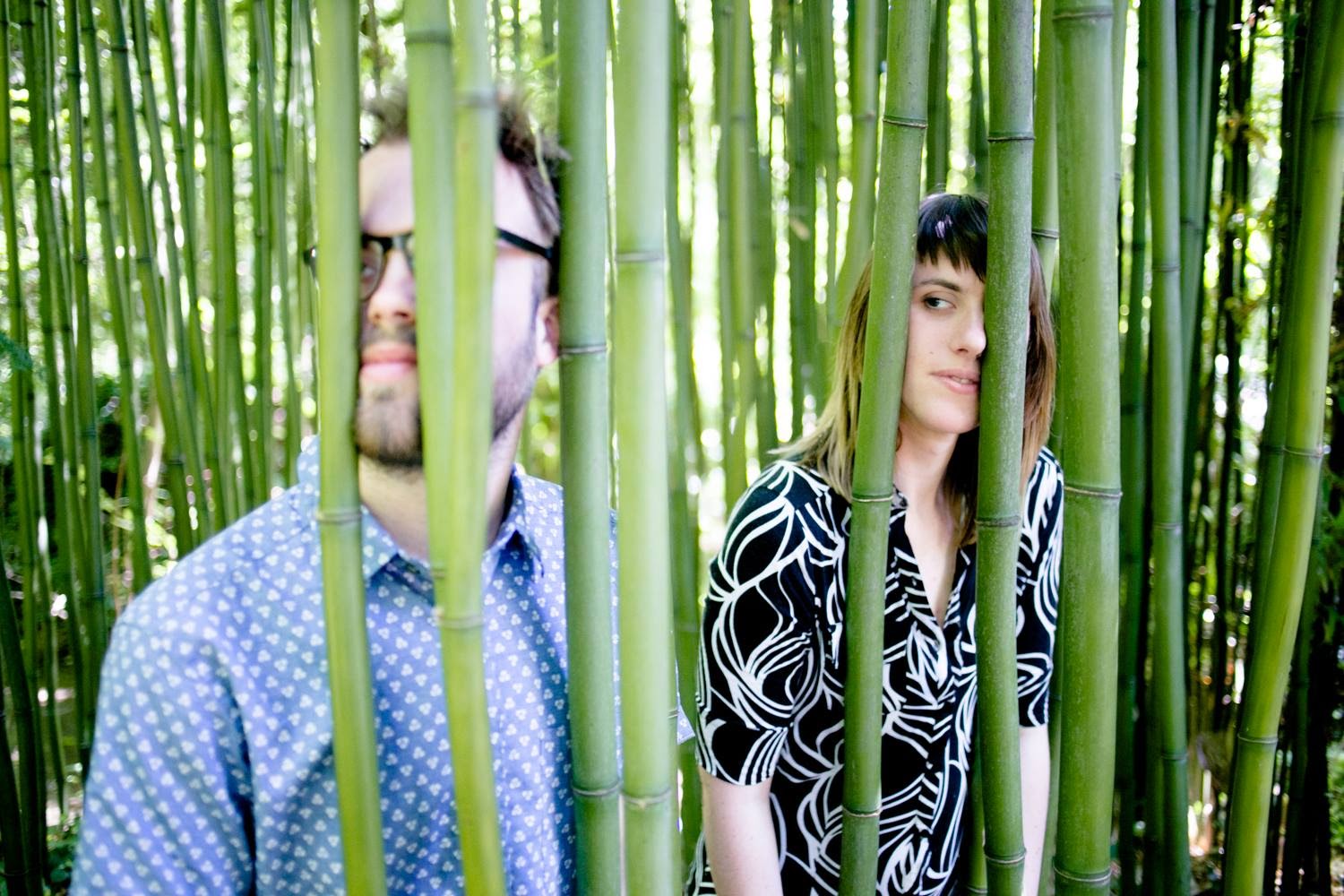 The otherworldly crystalline off-kilter pop of Parisian duo BCBG came to my attention when I was sent their latest 7" Noces d'Argent by Aussie barefoot laconic troubadour Nathan Roche (who is helping bring this to as many people as possible Down Under through the Glenlivet-A-Gogh label). The band, although having played in the same Paris underground sounds circles, albeit in other bands (Pussy Patrol, Eyes Behind, Kikiilimikilii), only came together when Mariette Auvray and Samuel Trifot bonded during a residency in Brazil. Another travelling musician in Brazil at this time was Angie Garrick (Straight Arrows, Ruined Fortune, Southern Comfort, Angie), and she fell for BCBG's intense, hypnotic charms. This 7" perfectly encapsulates the heady melting pot that is kitschy disco pop, intransigent techno beats, coalescing psychedelic missteps and ethereal beauty. 'Jaune De Naple' is bewitching; 'Desert Narquois' starts playing over itself, somehow heightening the hook by burying it; and digital bonus 'Astral Cities' holds strong focus too, finding a slipstream of dreamy ephemeral euphoria that Electric Youth failed to keep entrenched in a bottle (seriously,2014 album Inner World is pretty goddamn awful - what a disappointment). All in the native tongue, BCBG holds reign, and deserve to reign supreme.