Torch(e)ing It All, Relapsing, Restarting 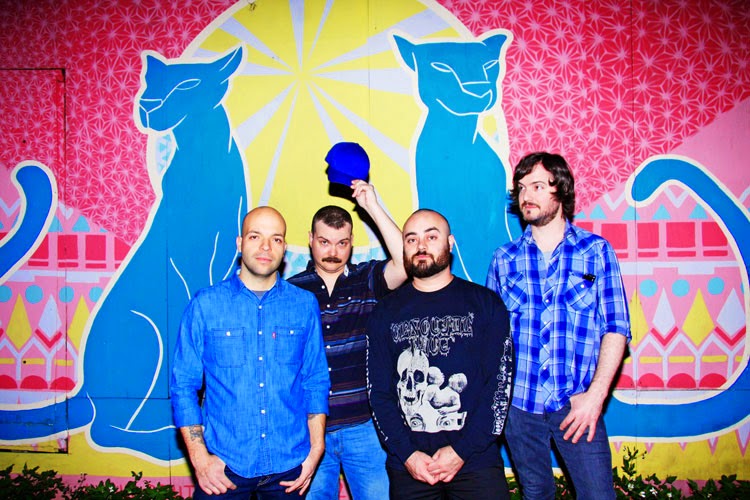 The list of musical acts that I have missed seeing because I wasn't in Australia at the time is an understandably small yet strangely bizarre one. Acts that I should have seen a number of times in the UK and Europe have inexplicably passed me by. While my greatest miss - Neil Young in 2009 - has been rectified a few times now, I am yet to catch the likes of Iceage (although friends often tell me I'm not missing much), Sleep and Sunn O))). I can now add Torche to this list after they tore up the continent last October. At least I can console myself in the knowledge that their upcoming album, Restarter, comes out next month and is already gearing up to be a huge one. The pulverizing riffs that open up new single 'Annihilation Affair' are terrifying in the power that rises in the chest when it hits you - it's "listening to Part Chimp for the first time and involuntarily relaxing all sphincters of your body" good. And like Part Chimp (and Helms Alee for that matter), these Miami veterans have always treated their masterful take on destruction as being hilarious as much as apocalyptic, which makes it all the more an orgiastic epiphany when the titanic tides burst the banks and blow you away in the last moments. Restarter is Torche's first album on Relapse, and has been mixed by Converge's Kurt Ballou too. Grin plastered, ears blasted - all boxes have been firmly checked.

Pre-order Restarter here - plenty of excellent vinyl options too, including green/purple merge, black with etching, a picture disc, and glow in the fucking dark.