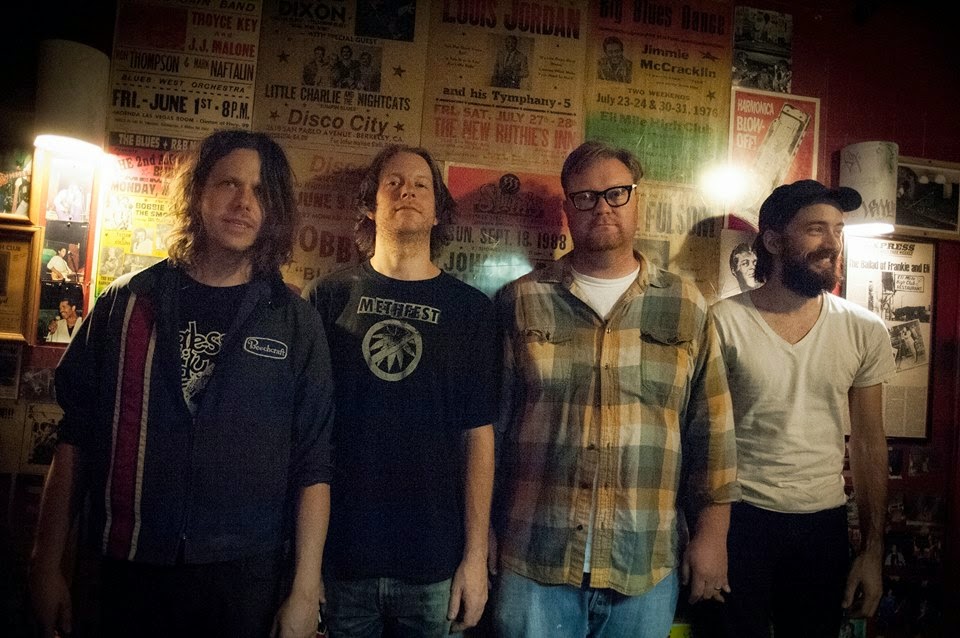 What to make of the self-titled album from Oakland's blasted bastards Musk? Out on Holy Mountain (who had a diverse roster in the past, with the likes of James Ferraro and Country Teasers passing through their corridors), Musk is a heaving, roiling, gnashing beast, unable and unwilling to stay on the melted tracks. 'Funny Feelings' may be emblematic of the blues rants that many critics have stuck bloodily to their lapel (think JSBX with rotted teeth and cardboard bedspreads), but 'Rot Soft' is just as ready to take a wild detour into pigfuck country, as if the four-piece rutted down in the bayou and fucked Jesus (Lizard). 'Trash Roof' devolves like Aussie reprobates Deaf Wish scratching at their cold sores and two-bit whores. But above all else, the majority of Musk rolls out the fetid carpet into the quagmire of insanity, taking the redneck road less travelled - something another Antipodean act, Six Ft Hick, have made their own. No matter the fisticuffs or the rough-and-tumble, Musk is a grotty powerhouse of rancid rock that I hope I can bathe in forever.

Grab Musk here - you really must.