An Excessive Escape From Brisbane 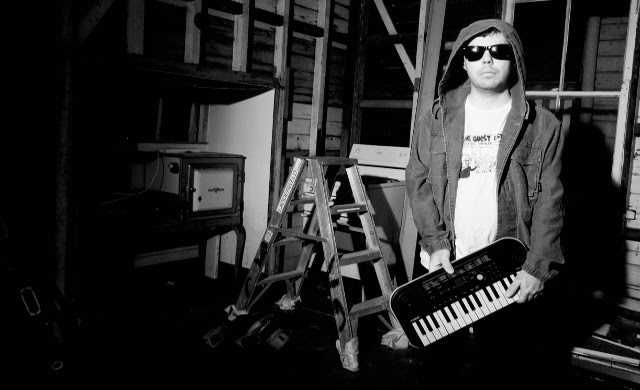 Matt Kennedy has stepped away from the downer pop dirges for a brief time to slave over a cheap keyboard in his bedroom for the better half of last year, come out digitised as Excess. His self-titled and Sciatic Dance Party EPs were impressive, but now he has a proper release on his hands - Escape From Brisbane, out on Virtual Cool. Kennedy's voice is decidedly absent here, in its place a plethora of Brisbane musicians step up to the mike. Members of Blank Realm, Multiple Man, Gravel Samwidge, Clag, Primitive Motion, Wonderfuls, Cured Pink - the list goes on. The concept is to create warped narratives of a dystopian Brisbane, a retro-futurist time capsule of a world not that far removed from our own. Kennedy has made his appreciation for John Carpenter scores known in the past, and this is a clear touchstone with Excess (the title Escape From Brisbane alone aping the Snake Plissken classic), but these one-off collaborations provide for compelling ingenuity on their own. Personal favourites include the loquacious yet edgily paranoid ramblings of Gravel Samwidge's Mark Spinks on 'They Have Too Much To Lose' (also showcasing his deft turns of phrase), the forlorn romance of the cyberpunk trudge of the Campion bros' 'Home', and the typically dour Bobby Bot (Wonderfuls) brings us a wistful future in 'Tunnel Vision'. As most concept albums are wont to do, some tracks don't necessarily go anywhere, but again that is sometimes the greatest fear of a dystopian future - the futility and serrated harshness of inescapable banality.