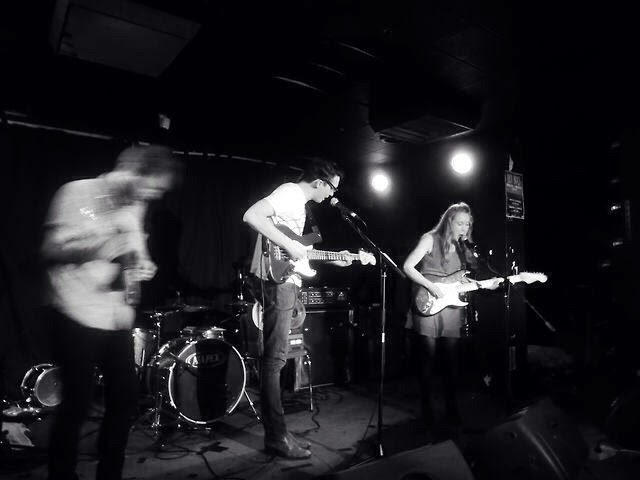 Tasmania is a isle off Australia that is pretty much its own world. The beauty, the laidback nature, the alcohol - it all is so self-contained. It often feels like that with the music scene too. If The Nation Blue hadn't moved to Melbourne, would they have struck the chord that they have? Had Sea Scouts been a mainland band, would they be in their rightful place as one of Australia's best visceral bands instead of being something of a footnote? Bands like Drunk Elk and Treehouse may maintain their intrigue because of their fleeting advances on the rest of Australia, yet it feels that every time you make it to the Apple Isle it's a chance to submerge oneself in the fertile waters of their creative community and there is always something new to discover.

'Away', the new single from Hobart trio Heart Beach, is an example of this. After putting out a bunch of tracks since 2013, they are finally committing to putting something physical out into the slipstream in the form of their debut album, yet the thumping anthemic nature of 'Away' is more than enough to sate the appetite before that rolls around. The lyrics also indicate a restlessness the belies the plodding drums and soaring feedback - "Can you stop me know?/I want to get out/I've been here before, before...."- and when the urgency hits, the complacency and malaise somehow intensifies - "I was late today/I don't really care/It's always the same, the same..."

Nothing new here, really. And yet...and yet...there is something tangible and tactile about all of this - an earnestness that is juxtaposed by a tonal warmth and an exuberance just simmering under the surface. We have been listening to this song on repeat for the past two days, and this is likely to happen into the weekend.