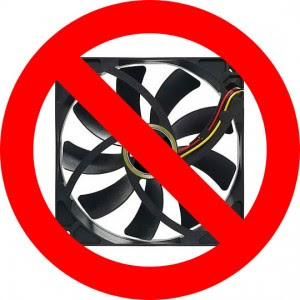 Well it may still be spring in Australia, but the feel-good temperatures emblematic of the season appear to have fled, allowing summer to beat on down earlier than expected. I'm working in a room made for thirty people - it's currently housing 34, and only one ceiling fan is working. Sure, I should be molding these kids' futures, but screw it, let's watch some flicks!

That veritable supergroup Mr Heavenly have really impressed with their Out Of Love record on Sub Pop, an album that has indie pop on a skewer, slow roasting in a kiln of fun (I'm not getting on any press releases with that one...). Opener 'Bronx Sniper' is one of the more impressive cuts off the album, and it now has a suitably funky yet bizarre video. The band hit London for the first time later this month, and hints are thrown that they will be Down Under quite early on next year - get excited.

I have to say that for a Mercury Prize nominated act, Portico Quartet don't readily ring a bell. The East London-centric act have their 3rd self titled album ready to flaunt, which delves into new sonic territories, drawing on the inspiration of electronica, ambient, classical and dance music as they take their strange, beautiful, cinematic, future music to exciting new vistas. Influences are listed as Burial, Flying Lotus, Max Richter, Steve Reich, Bon Iver...the eclecticism yet musical verbosity bodes well.

Lester The Fierce is the newest project from Anita Lester, the irresistible chanteuse who is set to release her stunning debut EP ‘The Summer Deluge’ this November. The visual artist turned performer describes her music as ‘dark cinematic folk rock,’ her songs bleak but beautiful and full, illustrating her experiences of love and death in a unique and often graphic way. Below is her luscious video for 'Holland'.

Finally we have Crushed Beaks, a London duo that we only just brought to your attention a couple weeks previously. They continue the build up to their debut single release with a brand new video for lead track ‘Close-Ups’. Taking in the band’s shared love of kitsch horror films, the video for ‘Close-Ups’ is a brilliant juxtaposition against the song’s bittersweet melodies. As if being forced through a broken vintage projector, both Poile and Morris seem to be convulsing and morphing into different beasts throughout. Eyes twist and mouths foam as the song nears its effervescent climax.