I've decided to put these two artists into a musical cage death match of my own devising because they have just had releases that for whatever reason are inextricably linked to each other via my muddled, viscous headspace. No one wants to get in there, so let me vomit it out on this here page so that you can pick out, between the corn and the carrot, what you deem to be the better corner to stand behind... 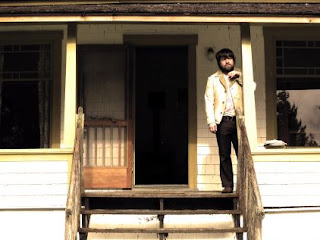 Case Studies isn't exactly a new kid on the block - that would be Jesse Lortz of The Duchess & The Duke fame, hitting out on his own. The release The World Is Just A Shape To Fill The Night already piques interest due to its release on Sacred Bones. But we are only interested in the result, and what we have in this finished product is some dark, lonely, windswept folk numbers that are coloured with water-damaged, smoky images of American melancholia. Sounds depressing as all get out, but therein lies Case Studies' genius in that you are locked into his vision, his stories, and marvel rather than despair. Think a more harmonic Micah P Hinson, with the Biblical quaking dialled down a notch, yet the nonchalant violence of the Cormac McCarthy stylings of America a prominent feature. Now you see why I love this record...

Case Studies - The Eagle, Or The Serpent 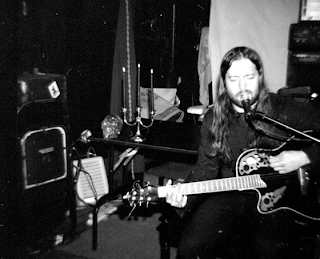 And then there is this guy. I have already raved about King Dude's My Beloved Ghost that was re released by Bathetic earlier this year (I grabbed it on vinyl before it disappeared, which it has. It is as hissy, warped and fundamental maudlin yet exciting as it seemed on first listen!). The self-confessed Pagan is one of the greatest underground enigmas that we have right now, and whilst I support his entrepreneurial skills with his clothing line (yet see as a goth version of Ed Hardy), I'm enamoured with his skewed (and probably skewered) take on folk and pop. His LP is weirdly - albeit fittingly - titled Love (out through DAIS Records), and whilst it follows more of a synth drive than his brilliant My Beloved Ghost, it still maintains his constant awareness of the Devil - this time with smoky blue peepers.