Keep On Dancin' For A Standing 8 Count

That Meltdown that Mere Noise is promising gets ever closer, so it's high time we threw the limelight on two more local acts that will be brandishing the blowtorch. 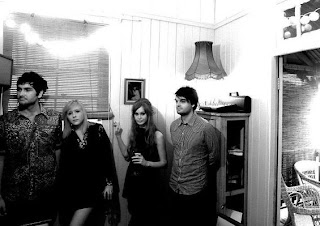 First up we have a band we have briefly mentioned here in the past, The Keep On Dancins. Their debut album The End Of Everything came out earlier this year, and it is just another of Brisbane's 2011 Easter eggs of rocking delectability. What's even better though is that in December it's being released on vinyl, so it will be the greatest Christmas gift too! This album is the brooding, maudlin, eyelids-at-half-mast kind of garage rock, less giddy I love the sunshine and more I love twilight (the time of day, not that raping of the vampire genre shtick). you can pre-order it on Bandcamp now if you want to take advantage of a sweet limited edition pack that includes the vinyl (w/ download), a black (of course) tee and a poster, all for $35 + ph. It can be a gift to yourself if you want... 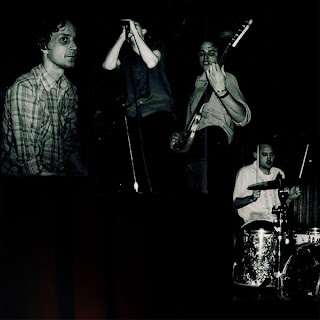 Secondly, it's all about the institutions at the Meltdown, and these guys are elder statesmen of kicking arse. The Standing 8 Counts are the band that pretty much started it all for this label has reformed, with the original lineup getting together just under a month ago at the Crown Hotel in Lutwyche for the first time in over ten years - it was like 2001 all over again! Very exciting.

The Keep On Dancins - Summertime