Hits From The Box #34 - Brother From Another Mother

So my sister got married on Friday. This is amazing, and Im still gutted to have been stranded on the other side of the world when these festivities took place. Regardless, I now have a good mate who is part of the (let's say Masala) family, so i have this special midweek Hits From The Box in his honour (he'll probably hate on all these bands, but he's my bro - I can't stay mad at him...) 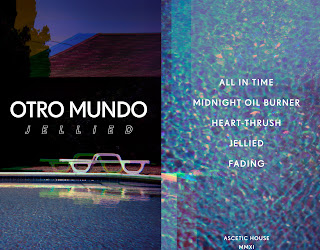 Otro Mundo kick us off, and these Arizona haze merchants waste no time in destroying the ragged excuse for a soul you may have had clinging to the remnants of your consciousness. Jellied is their taped purging, which they released after a stellar show with ace acts The Men and Milk Music (seal of approval there!). A nihilistic slice of fuzzy dread, Jellied can be gleaned from the band for chump change here. 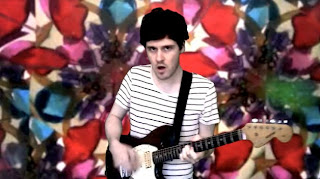 Sea Pinks are a three piece from Belfast, formed by singer and guitarist Neil Brogan when he began to write and record songs as a side project from his other band Girls Names (in which he is the drummer). Live Brogan recruits the other two members of Girls Names, yet it is an entirely different beast. The release of this outpouring is Dead Seas, and it is damn tasty. The first song to be taken from the new album is 'Fountain Tesserae', a "not entirely serious but not entirely unserious" song about a girl who (quite possibly on acid) jumps into a fountain while mistaking a mosaic tile pattern for diamonds, and cracks her head open, is the jumping off point. Fair enough then... 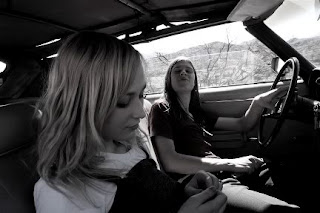 Sneakpeek is a female fronted lo-fi/garage/grunge/psych band from Echo Park, California. Featuring former members of The Willowz, a more folk oriented band, Sneakpeek only have demos to show their wares, yet the band describes themselves thus: "our music has been described as a 'nostalgic ride through a sea of flannel' with "lazy, reverb-drenched bassy guitar riffs, perfectly juxtaposed with the sweet (but never sickly so) female vocal'". Heady times ahead... They are currently prepping a seven song EP that will hopefully see the light of day very soon. And if this track is any indication, it should be a growling rocker.

Sneakpeek - Walk All Over Me (Live) 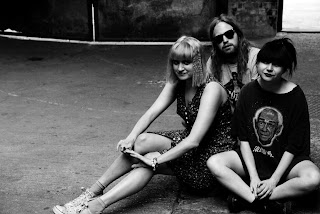 Throwing Up is a London punk mess that consists of Ben Rayner, Clare James Clare and Camille Benett. We got in contact after I posted the killer track 'Teeth' by Fever Fever. Rather than tell you about them, I've left it up to Camille...

"Me and Ben were born in the same month, in 1985, good year for movies and maybe wine, he used to go out with a girl who lived next to my school but I never met him til we were older. He thinks I'm pretty gross, but that might just be something he thinks about all girls that aren't Lauren, his wife, or it might be because sometimes when I'm drunk I take my clothes off in public or lie in the street crying. At any rate, he's adopted me now for better or worse and I think I've given him my cold so at least on a microbial level we're related. Clare I think I’ve known since i was 19, but maybe before that I used to turn up at nights she worked at and demand to be let in free. She hated me for it until one day we just became best friends and moved in together. That was pretty tempestuous and we tried to kill each other so we moved apart, now we're older and wiser and spend just enough time together to uphold the fragile balance between psyched and psycho. She lives in this warehouse where we have a rehearsal space, it's decorated with paper skeletons and silk flowers and we share it with Mazes and Male Bonding. Our rehearsals usually just involve messing around and drinking beers and blue wkd, we have short attention spans and smoke too much and I'm always late. Sometimes I think it's a bit embarrassing but mostly I just write songs about boys and being mental with boys, or people who piss me off, they're kind of the same thing. I'm also really preoccupied with the idea of having nothing to say or saying meaningless things and being a fake or a liar. I feel like everyone's lying to everyone and themselves all the time. Maybe I'm paranoid." 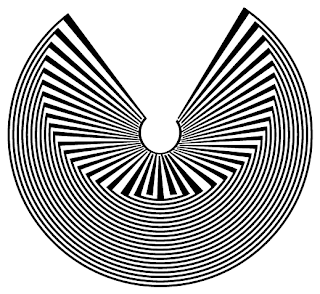 Featuring Greg Fox (Liturgy, GDFX), Alex Drewchin Jr, Turner Williams Jr and a continuously rotating cast of guest performers, Guardian Alien follow the road to enlightenment previously trod by the likes of Hawkwind, Boredoms, and Sun City Girls. Their self titled debut LP, released by Swill Children, features a live set recorded at Brooklyn's Shea Stadium, and collaged soundscapes culled from live and studio recordings. Below is an excerpt of what to expect. It sounds bloody exciting in my opinion... 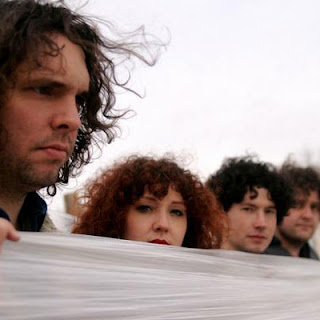 Finishing off, we have Minneapolis band The Chambermaids. The perfect mix of dream, noise and pop. 'China Blue' is the first cut off their next album, it swims in the waters of Slowdive and Rise, and is a fitting end to today's HFTB, methinks...