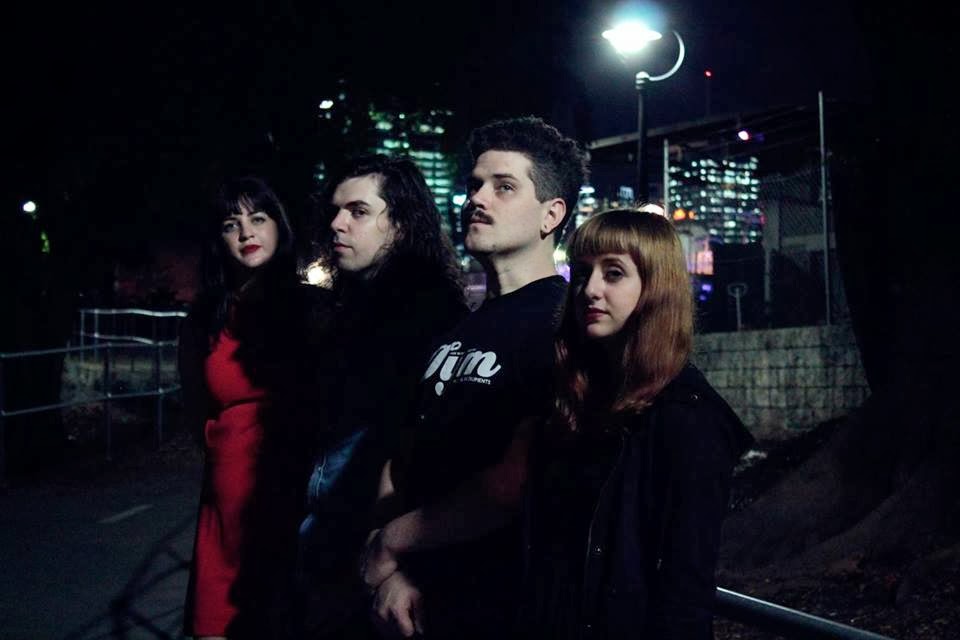 We've really put our foot in it, haven't we?

It seems that when you decide to step out from behind the words and actually DO SOMETHING about the music you love, the workload intensifies - or at least my mind does. All of these exciting times merge with the fact that you want things to go well, that other people are depending on you - it's like having a family.

I'm very glad however to have Roku Music as part of the family. Each member of the band has been/is in local acts that I really admire - No Anchor, Tiny Spiders, The Rational Academy, O, The Madisons...the list goes on. But what the melding of minds of Donnie Miller, Innez Tulloch, Jody Gleeson and Thomas Roche creates is far more than the sum of its parts. I've seen Roku Music in its quickly evolving stages, growing from an experimental two-piece, to a rough-and-tumble trio, to the fully formed four-piece they are today. And their upcoming debut record, Collider, is breathtaking in its beauty, its power, its atmosphere, its raw emotion. The first single is the opening song and the title track, and it is the perfect embodiment of why Roku Music are fast becoming one of the unsung powerhouse bands of the continent.

Collider will be out March 3 on (who else?) Sonic Masala Records. The album launch coincides with a massive nationwide metropolitan and regional tour throughout March & April. News about that and the album proper to come.
Posted by Brendan T