Mogwai Goes Mumblecore - It's All Subdued In The Rave Tapes 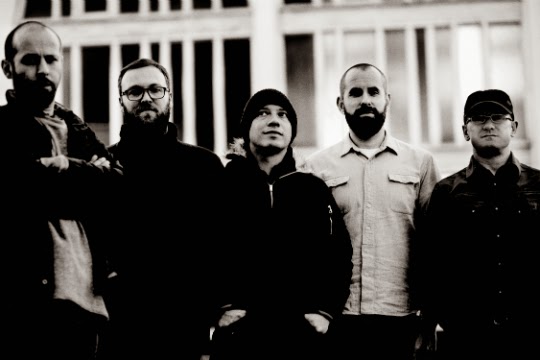 This is a tough thing for me to say. Sonic Masala is a blog built on the love of music, something that has been fostered within me as a child, and with each earth-shattering discovery it continues to build. One of the major progenitors of my particular predilections for music is my utter devotion to all that is Mogwai. The Glaswegians have been responsible for some of the most jawdropping, life-altering musical exchanges of my life - from inadvertently buying the My Father My King EP in a record store sale, to seeing that very song played at the sadly-defunct Livid festival, to feeling my heart skip beats when first experiencing 'Like Herod' in the flesh, to listening to Happy Songs For Happy People on an abandoned highway at 4am in 2006, to seeing them play in the middle of an industrial wasteland in Luxembourg in 2008, to watching them play at the Botanical Gardens in Brisbane in 2011 at twilight as a flock of bats flew overhead - the list goes on and on.


Last year saw two exciting Mogwai releases - the sublimely sombre yet sinister score to French zombie series Les Revenents (The Returned) - an album I forgot about until fellow founder of Sonic Masala Paul got the vinyl for me for Christmas - and 'Remurdered', the first taste of the band's seventh LP, Rave Tapes. The album itself is coming out next week. I've had it for about three weeks now, and...well...

The bits where the band go away from the template the most - the sinuous electronics of 'Remurdered', the morbid orchestral organ of 'Deesh' - feel energised; yet the tracks that whisper to the thundering band of yore ('Hexon Bogon'), the Pajo spoken word histrionics ('Repelish', 'Blues Hour') or even the ethereal electronics of Barry Burns feels exactly that - a whisper, a shadow cast from the past. Tracks like 'Master Card', whilst sound raucous, feels deliberately tempered, deliberately calibrated - just deliberate. The combustible rage, energy and emotion that makes Mogwai one of the strongest, most destructive bands on the planet is that sense of palpability - that everything was being played, chanced, railed against, embraced. I actually enjoy Rave Tapes - but it isn't enough to enjoy it. Mogwai releases for me have always been about abject feeling and emotion, a powerful gut punch or soul wrench. Rave Tapes is more...comfortable. And for me, I don't find that comfortable at all. Anyway, here it is in its entirety - what do you think?

You can pre-order Rave Tapes here, and is out next week in Australia through Spunk Records. I will still buy it - will probably buy the deluxe box set too, it looks incredible. Expect tours soon too - they play two sold out show at Royal Festival Hall in London in a fortnight. I will always kill to get to their shows - their 06 show at The Zoo in Brisbane is still to this day the best show I've ever witnessed. And I'm sure this will be the album I listen to the most over the next month/s as I'm studying, reading, cooking, smoking - but is that good enough? We shall see.
Posted by Brendan T