PYPY Give You A Pagan Wake Up Call 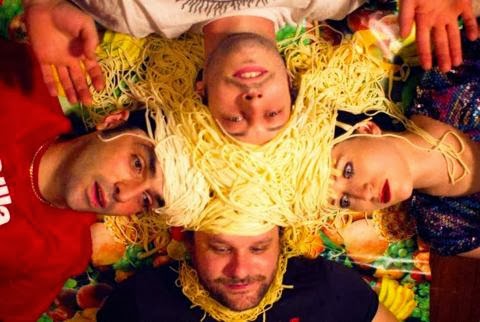 This album has been plaguing me for the past week - and I don't know any reason why I shouldn't pass it on. PYPY is a band from Montreal, that slither around in the post-punk/garage rock shadows, refusing to be pigeonholed, refusing to sit still. Their album Pagan Day has some goddamn killer tracks on it, most of which are led by co-singer Annie-Claude Deschenes. Whether they are going hell for leather down the rabbithole, dragging Siouxie kicking and screaming behind them ('Pagan Day'), losing their shit in a fuzzed-out psych breakdown ('She's Gone') or slowing things down to a sensuous grind as in 'Daffodils' (before the disturbing yet strangely alluring chorus), all is done with brazen confidence, a sneer and a leer. 'Too Much Cocaine' is the best song to describe, well, getting on the horse once too often, and breakneck punk grows wings and flies into the sun on 'Ya Ya Ya/Psychedelic Overlords'. 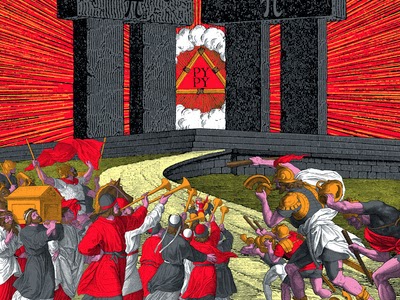 This is possibly the best album to come out of the Slovenly Records garage - it really is that good. Pre-order it now (it comes out in February).

Email ThisBlogThis!Share to TwitterShare to FacebookShare to Pinterest
Labels: PYPY, Siouxsie and the Banshees, Slovenly Recordings