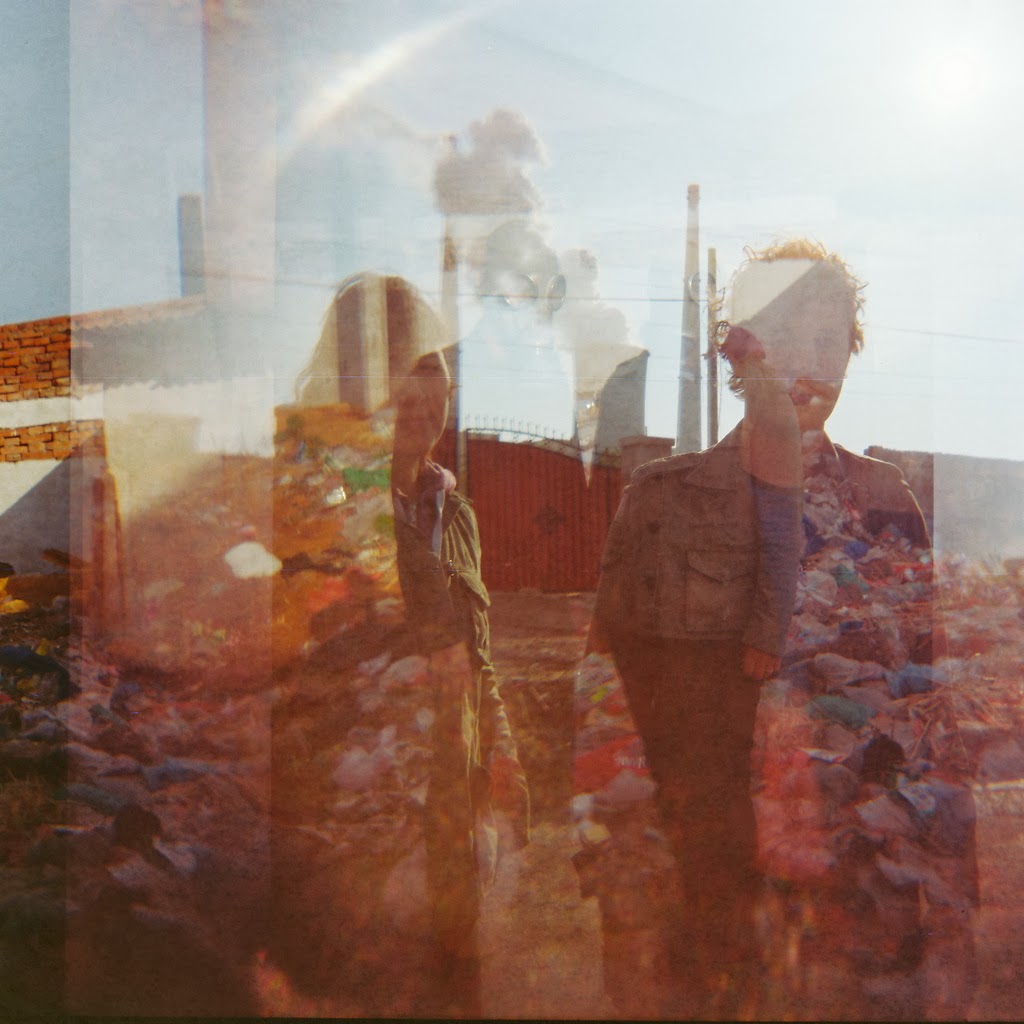 This weekend I'm am super psyched to announce that Sonic Masala has been able to lure from Beijing the inimitable duo Alpine Decline, who have a fifth record - that's in about four years too - ready to lay waste to Brisbane. They will be playing Trainspotters on Saturday February 1 - supporting the hometown return of Tape/Off after their national single tour - as well as playing an instore performance at Tyms Guitar on Sunday February 2 (2pm). Both shows are free, so there is no excuse to not immerse yourselves in the embryonic fervour of Alpine Decline's music.

I spoke to Jonathan Zeitlin from the band last week... 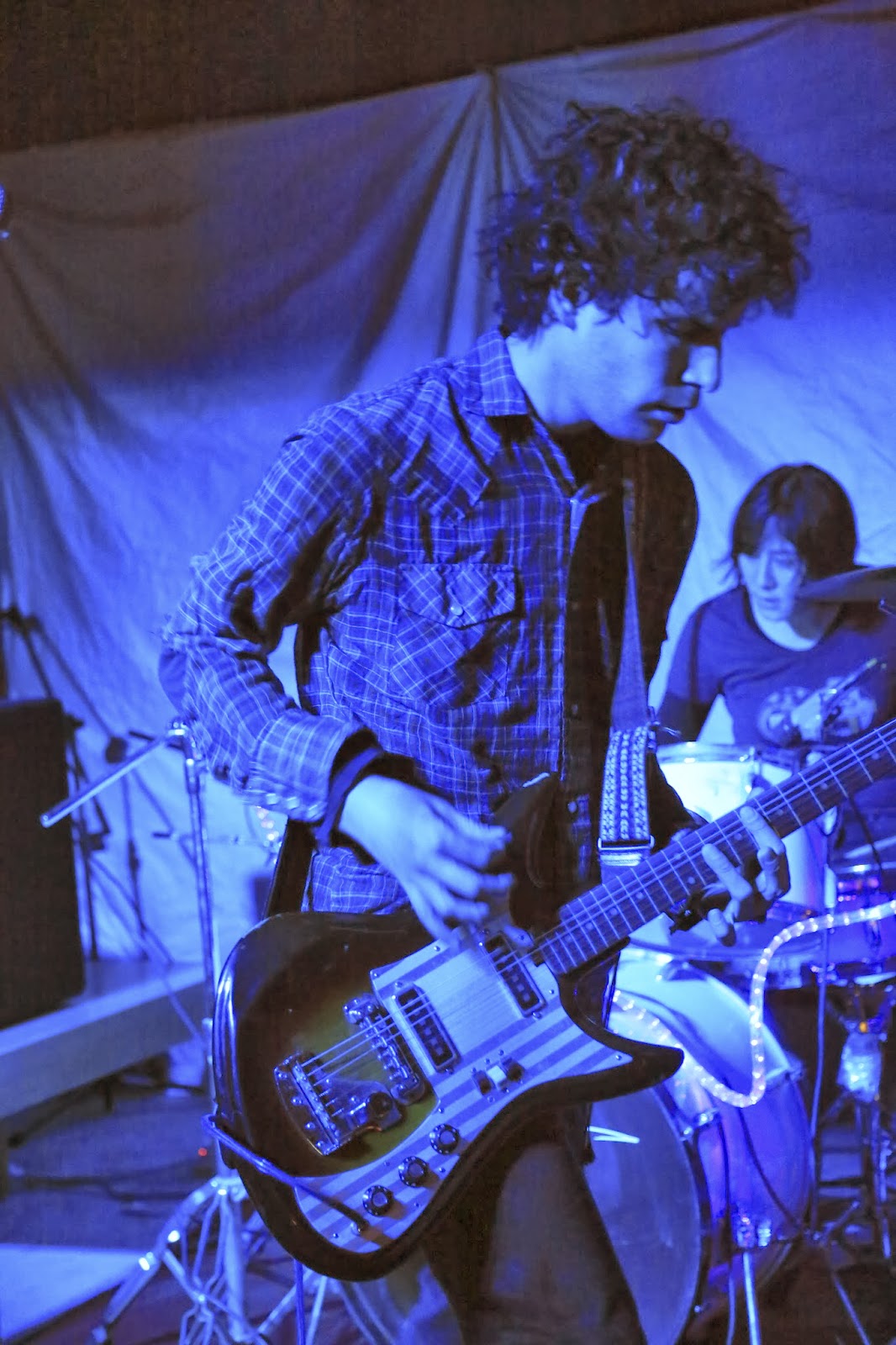 SONIC MASALA - Alpine Decline is, to me at least, a mystery band - having carved four immaculate albums seemingly out of the ether, slowly changing from the Doug Martsch self-titled album to the marred contemplation of Night Of The Long Knives or the haunted Visualisations. In fact each album can be quite chimeric - appearing to be one thing one moment, then spinning on its head the next. Can you run through the evolution of the band, how circumstances/environments coloured each record?

Jonathan Zeitlin (Alpine Decline): I think you pretty much got it right with the whole "carved…seemingly out of the ether" thing. Theories are currently being tested at the Large Hadron Collider. Physicists are confident experiments will bear out their mathematical calculations… We try to think of the albums outside of the artist-evolution narrative and imagine them each as episodes in a genre series or something - the way you can dive into the noir detective world in a Raymond Chandler novel without needing any story continuity. Someone who finds out about us, now or in 20 years, can then totally explore each record like a trip into some far flung destination within our universe. If the albums themselves are chimeric, it's because our reality, like most people, is a constantly flickering, twitching thing, and we're trying to explore that rather than just execute a particular aesthetic that fits neatly into a genre we like or what the rest of the music world is up to. The circumstances/environments of recording at City Terrace in East LA with M Geddes Gengras and recording in a bombed-out subterranean fume-choked space in East Beijing with Yang Haisong have their mark on the sound and content of the albums, but we'll let someone else explore that topic…

SM - How would you describe Alpine Decline?

JZ: In the Venn diagram we're roughly, hopefully, in that space where songwriting and sonic chaos come together. We're into tangible reality over abstract aesthetics, but with the belief that otherworldliness, mysticism and myth are a part of that tangible reality. Alpine Decline should be discovered buried under a thousand feet of snow, somewhere, in some other time...

SM - The sonic shifts between songs, let alone albums, alludes to restless sonic spirits. What are your core influences - where you always begin as a band? Is taking yourselves out of the comfort zone part of the process?

JZ: Trying to have new experiences, get to some far out spaces, continue developing the narrative - that's just how we feel we should be living our lives and we don't think our music should be some separate thing we're doing. The albums are the artifacts and the means by which we hope to share these experiences and connect to people on a humanist level. We begin by trying to tie our concrete world and perceptions to images, language, and sounds. We feel like we can trust our craftsmanship as musicians and songwriters and just focus on creating something that is genuine and deep and complete.

SM - The intricacies of much of the albums makes the aesthetics feel bigger than a duo - how do you go about replicating things live?

JZ: There are some things that we can do to make our sound more 3 dimensional live - some secret sort of things involving old tape echoes and other kinds of magic - but we stay away from loops or prerecorded stuff so it comes out pretty different. There's a way we think about records and there's a way we think about playing live. With just two of us on stage, the thrill is in connecting with each other and trying to build up this massive storm of sound. The risk of it collapsing and our natural tendencies to let it rip on guitar 'n drums makes the live sound a lot more aggressive and raucous.

SM - You are now a family - how has that altered Alpine Decline, either in vision or logistics?

JZ: Becoming parents was like shooting the joy diamond through our foreheads - it's a total trip. The logistics of touring with a baby are different, (laughs). After Australia we'll be touring across China blowing out the new album, and that should be a trip with the kiddo. We'll see how, or if, it alters Alpine Decline. Our internal logic is kinda hard to penetrate and tilt off its axis, but you never know.

SM - You are based in China - what is the music scene like there? Is it a community spirit; is it cliquey; easy to be included; easy to be ostracised?

JZ - We can only speak to our own experience, and should probably avoid making big general statements about China. We've been lucky to fall pretty deep into the Beijing scene, but I gather a lot of foreign artists of all disciplines have a difficult time finding their place within these communities. But if you're trying to compare it to other places, if you're not obsessed with breaking through into a certain scene here, it's an incredibly free, Wild Wild West place for an artist. Falling into the Beijing scene has allowed us to meet some really incredible people and bands, as playing music in general has all over the world, but perhaps that mostly matters to us personally, and hasn't necessarily altered our music. We've always been working spinning out Alpine Decline and take the periscope view of the outside world.

SM - The actual move to China is intriguing. I understand that the move was almost dictated by the band itself - it created the headspace that led to you moving there - is that correct?

JZ: Well OK so yes but it's also just our lives… I guess the writing process we've embraced is designed to erase any line between our lives and Alpine Decline. But yeah I guess I've always thought about my life and made decisions like it was a novel or film, and I guess that kind of ego is drawn to drama, and at a certain point after 10 years in LA it felt like, "This is the part of the story where suddenly everything changes." But that realization came through making the first three albums, and at some point while recording the third album “消失／Disappearance" it was like we were, uh, reading the oracle bones and they were telling us our future was out in the wreckage and chaos of east Beijing.

SM - There seem to be a lot of ex-pats working out of China - Pairs, Stegosaurus?, Death To Giants are just three I can think of - is this a creative hub of "outsiders" gravitating towards one another, or just happenstance? I do realise that China is a pretty big place (laughs)

JZ: Those three are all Shanghai bands - and foreigners are really the driving force behind a lot of what's happening in that scene, expats working really hard to create the same kind of fun, passionate, dedicated music community as they had in their countries of origin, trying hard to get Chinese interested in this kind of thing. In Beijing it's sorta flipped, with Chinese driving the scene and expat artists often orbiting around the edges more. I think we're in this really great zone where the initial feelings/issues of being expats have kinda drifted into the background and other things have taken up a place front and centre in our focus. It's still, everyday, a trip living here, though.

SM - So I feel that there is and continues to be a narrative that governs the evolution of AD. How does the new album fit into the mix?

JZ: Well the narrative of the records is woven deeply with our own narrative, our own reality, although it's probably best to let listeners dive in and not try to direct any analysis or their experience with the music. GO BIG SHADOW CITY is, to me, the most maximum, expansive, panoramic album yet - both in its sounds and songwriting - and I feel like its role in our series of records is to push the rocketship into super-sonic, solar-shielding peeling off, into-the-white saturation. I hope at the end you pull off the headphones, pupils dilated, sweat beading on your upper lip, wondering where you are and what the fuck THAT was.

SM - I see that you are doing a drone set in Melbourne. Can you tell me a little about the drive behind that? (I'm a fan of so many different types of music, but drone/found sound/site-specific music fascinates me the most...I'm trying to develop a novel or script around the whole process...)

JZ: I dunno if it's exactly drone music, but when we took a short break from playing guitars and drums last year, we set up stacks of tape machines, synthesizers, no input effects chains, and started drawing up this set. It shares a moral kinship with the atmospheric world of our albums, the sonic architecture that surounds the songs, but with the space and expansion you get when you pull away the flesh 'n bones of drums and guitars. Which I guess makes it all blood and neural sparks (laughs).

SM - Will you have vinyl at the shows?

JZ: Yup, we're lugging some vinyl copies of our new album GO BIG SHADOW CITY and some copies our first four albums too. In case you can't find us at your local record store, you can always buy our albums directly from us at www.alpinedecline.com or various other places on the Internetworks.

Make sure you get along to one of these shows - Alpine Decline really are one of the best-kept secrets in the musical world in my opinion - a ridiculously huge statement, but I stand by it. Go Big Shadow City, and all the band's albums, are out now through Tenzenmen Records.
Posted by Brendan T