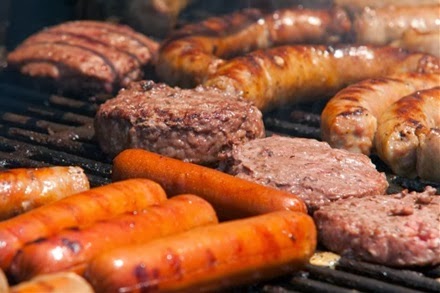 Let's spend this after Australia Day Australia Day with ten Australian acts, just to be all parochial and flag-wavey while we digest our overconsumption of flesh and alcohol. Welcome to Hits From The Box - National Pride Without The Racism/Shitness Edition. I want to cut out the poeticism (my eyes)/rambling pretension (most others' eyes) today, and just offer you some great Australian stuff. I hope I do all these bands justice. 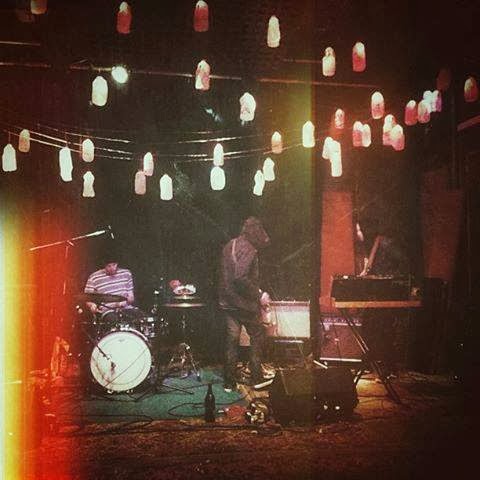 Broadcasting Transmitter is a cosmic Other from Sydney, if you listen to them. If you listen to me, I would call them kosmiche Other - creeping space ephemera, leaking through our atmosphere from a long dead star (OK, so the poeticism/pretension takes no holidays...). Hungover & High is the band's EP, and it's all kinds of astral projection, spatial invasion, tangential transience and palatial hallucinogens - in short, a psych monster like no Other. The excellent folk from Octopus Pi (alongside the band's own Time /\ Space label, have put this excellent release out - let's hope there is plenty more where this came from - it's brilliant. 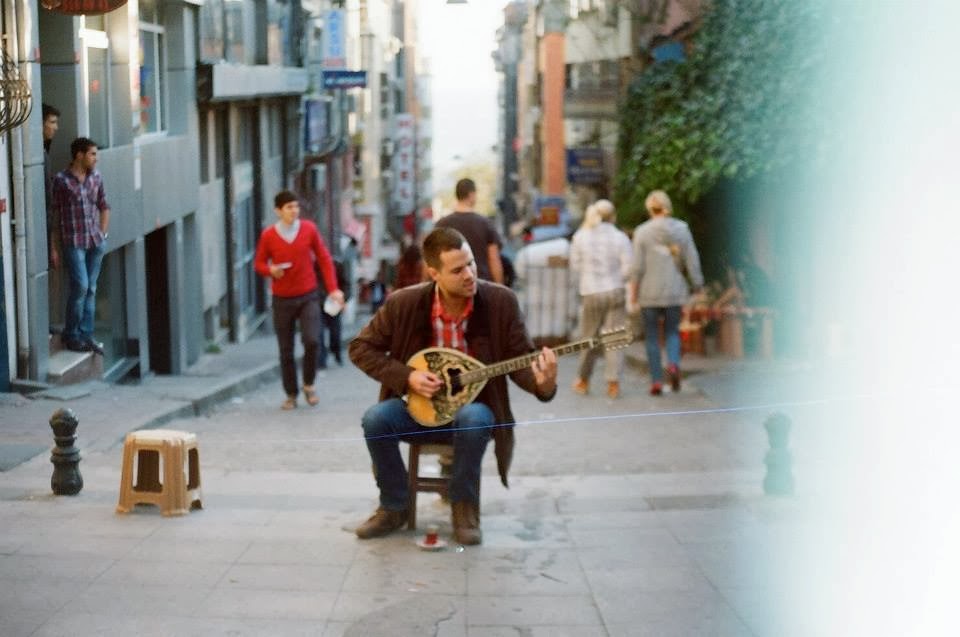 Ryan Potter from Nikko and The Scrapes has his own (other) thing, The Maryettas, which we have featured on Sonic Masala before. He has a new release out (through Brisbane scrambled garage doyens Long Gone Records) called Great Australian Rope Trick, and it finally marries up the sunniness and grittiness that the varied performance in the live domain tend to offer up. Without the Gothic heft of Nikko or the unbridled skeletal mayhem of The Scrapes (although he is joined by Psy Ants/Knee Chin skinsman Aiden Hilcher on these recordings), Potter's songwriting nous and guitarplaying idiosyncrasies come to the fore. It's country & western for someone not truly attuned to country & western. I saw a Turkish-Iraqi movie last year that was a take on the modern-era Western genre, and Great Australian Rope Trick is sorta in the same ballpark, or at least shares some of the same DNA - a quirky mess, both bittersweet and just plain bitter, yet always fun, always loose - and if it was scored by Crazy Horse. Expect to see some of this on a Sonic Masala show soon... 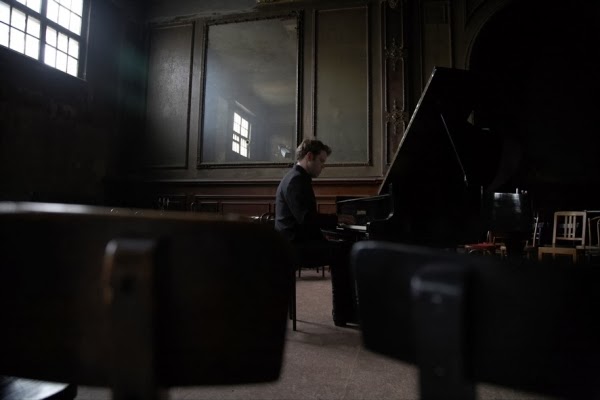 Another week, another Room40 release it seems. This time we have Berlin-based Simon James Phillips and his clustered, cloistered piano compositions, Chair. Imagine tearing into the finely calibrated strings within a piano with blunter instruments - fingers, fists, teeth - a visceral quality, yet still imbuing everything with the subtle finesse that such a musical receptacle requires. Chair somehow feels like that, like a living pulse, a raw yet still graceful extension of one's slowly escalating heartbeat as emotions - whether they are love, hate, sorrow, frustration, joy, depression - coalesce to a seemingly insurmountable height, before tempering again. It's an art piece, an ambient breath of life, and an instinctual emotive suite of sound. Very recommended. 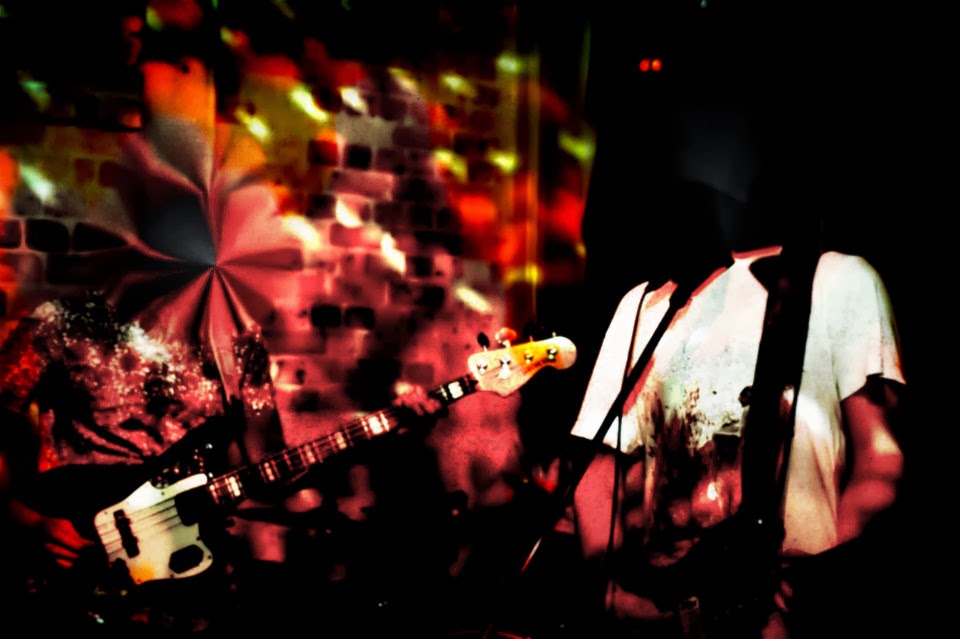 Back to Sydney, and Beast & Flood have scratched out a blasted testament to anguish with their new EP Forever Homes/Name Split. It's rough, a screaming melange of angle-grinded noises stretched to within an inch of their lives - post-punk for the frightened, for the disenfranchised and for those just to the left of the hardest of the core. And when the earth is blasted and the steel-town despair has washed the rest away, 'Human Future Warmth' is the light reminder that there is hope amongst the ruins, within the gaps and silences. A statement of intent. 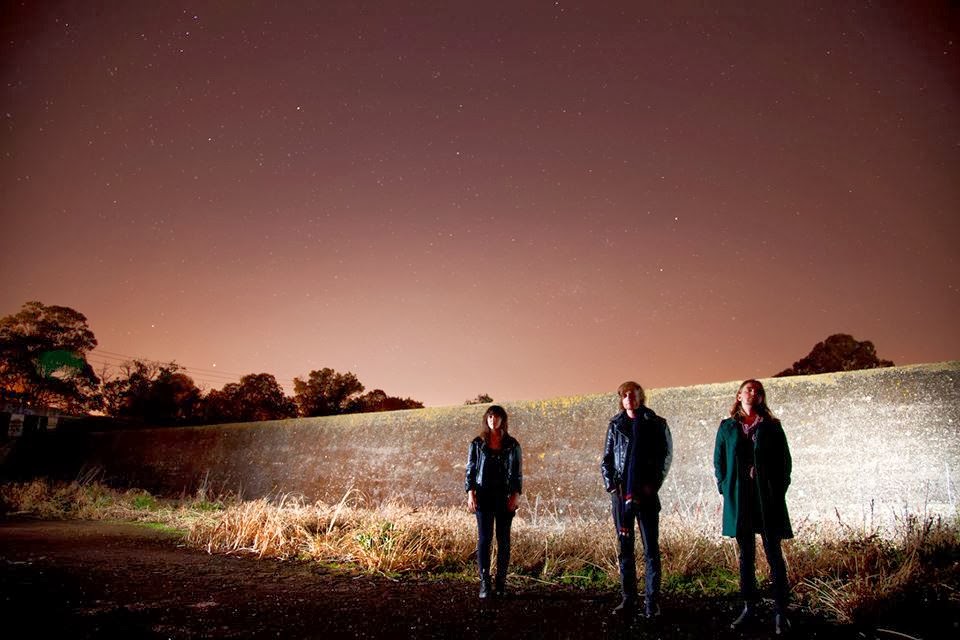 Melbourne-via-Berlin trio Warmth Crashes In claim that their interesting, star-spangled, electro-sheen take on Krautrock instrumentals comes from an appreciation of both Spiritualized and The Chemical Brothers. I can see that; I can see a lot of fellow continental ex-pats Civil Civic and Canberra's TV Colours in the band's World Driving Champion EP. An elemental groove train from beyond the stars, these four tracks pulse with intergalactic energy and verve. 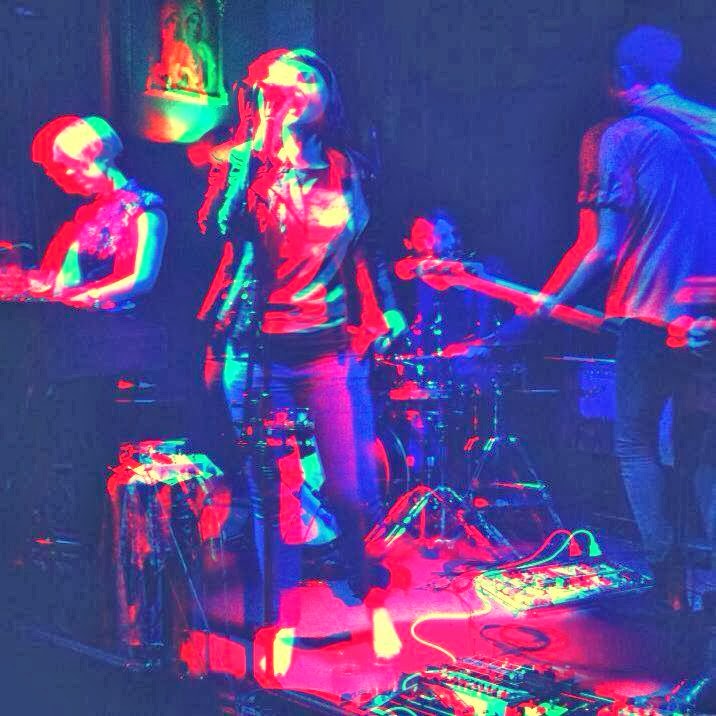 The Dunes are from Adelaide, and are much more glacial in their approach to luring the listener in, crafting a gauzy set of dreamscapes for Stacie Reeves' vocals to bubble and soar over. Their new EP is called La Musique Nouveau, which in my mind says a lot about the approach the band is embarking upon. There is a semblance of Mazzy Star or some Paradise Motel in the opaque way these songs flow around and inside you - equal parts flimsy and transcendent, with a lingering darkness held within - special stuff when it grabs you. 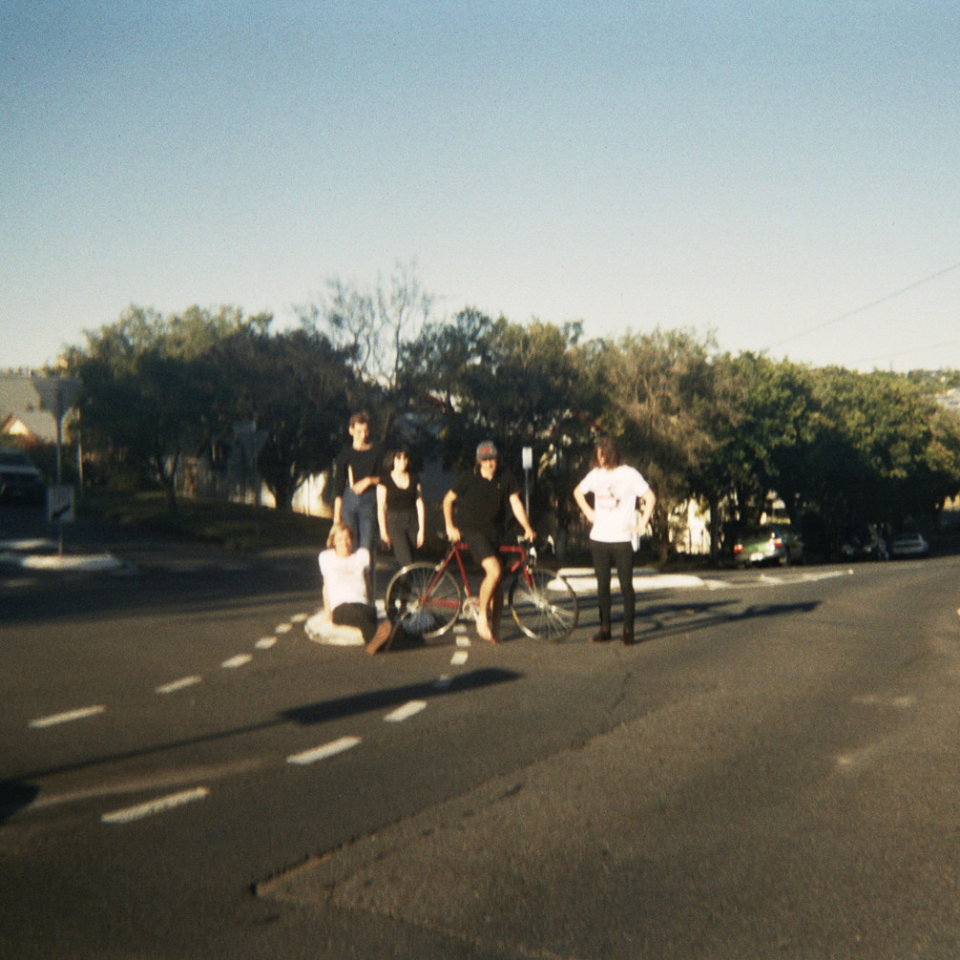 A sunnier proposition comes from (where else?) Brisbane with pastoral pop whippersnappers The Good Sports. 'Out Of The Way' is their debut single, coming from an soon-to-be-released EP, and apart from amazing artwork depicting a John Deere harvester (farm childhood right here), it's a lazy sojourn through fictitious fields with some newfound friends. Saying this sounds like it could have come from a more sedate corner of John Dwyer's mind seems like an excessive reach, but it ain't far from the truth. It's more than enough to have me champing at the bit to see how much these guys improve over 2014. 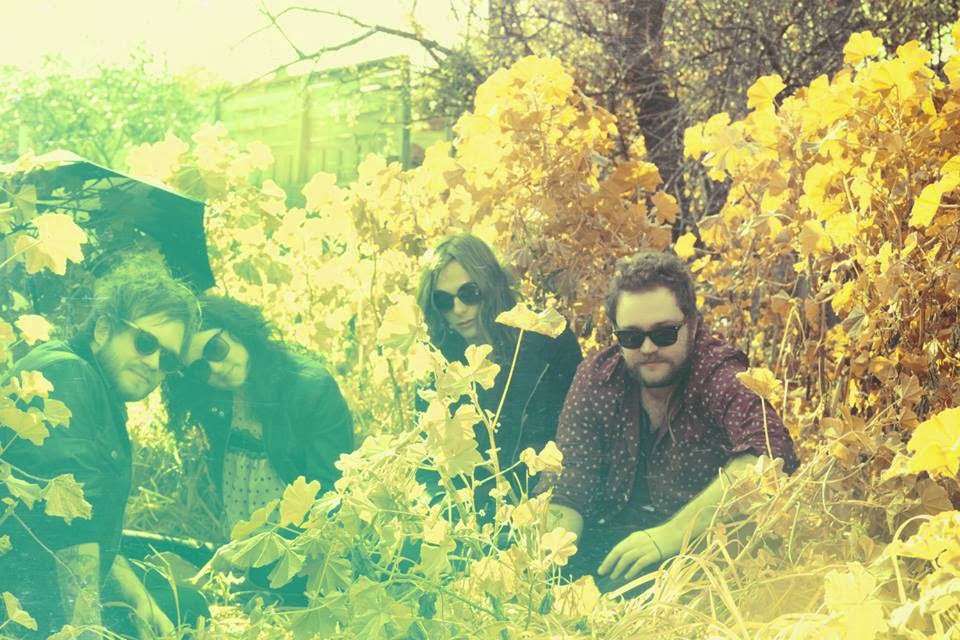 I have also mentioned Melbourne shoegaze/psychheads Flyying Colours in the past - well they appear ready to blast into the stratosphere after signing to UK label Club AC30 (home of the likes of Ringo Deathstarr and Air Formation). Their influences are achingly clear, but it's delivered with panache and some blistering white noise, and that is more than enough for me to want them to hurry up and bring out a release. 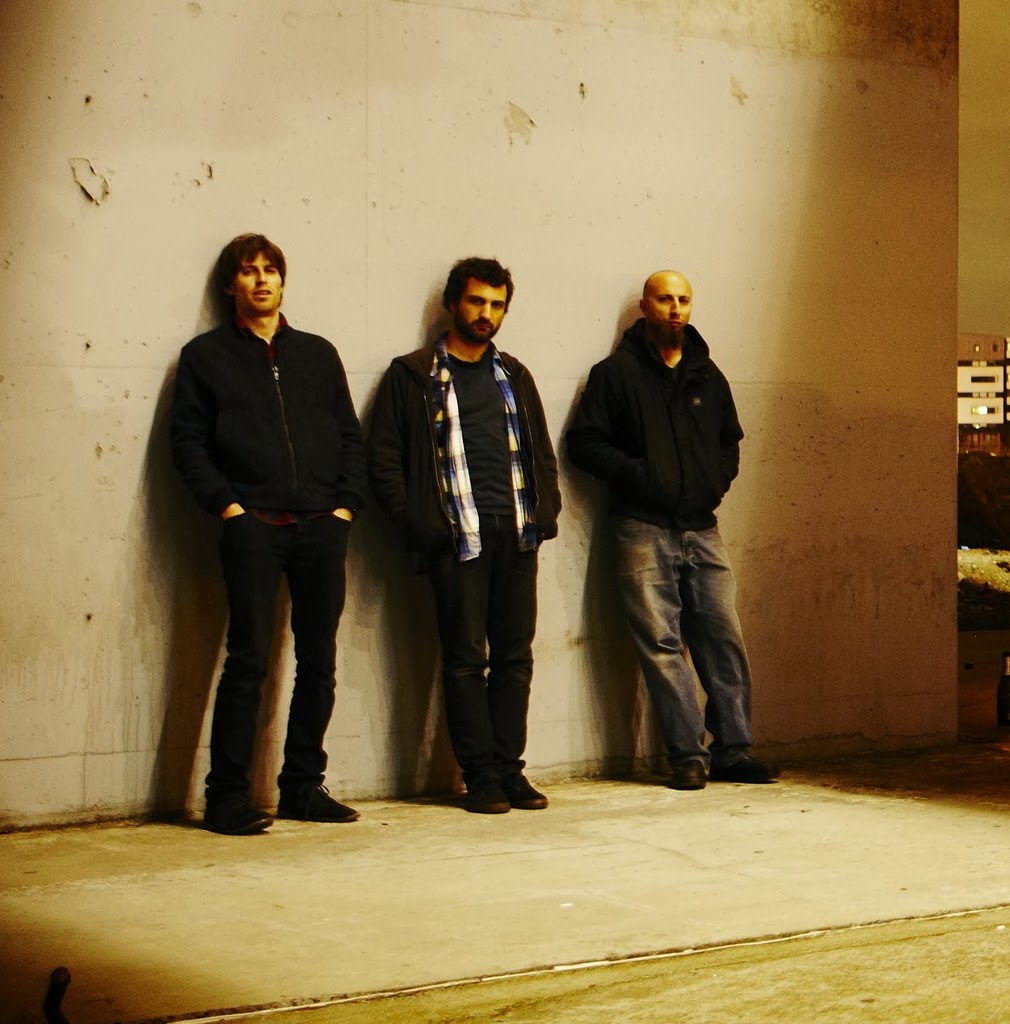 When Ray Ahn says something is super-exciting, you sit up and take notice. The Hard Ons/Nunchukka Superfly madman bestowed such praise on Melbourne's Wicked City, who have been slaving away since 2005 without anywhere near the universal acclaim they probably deserve. Bro Fidelity Records have kindly brought to the world their latest album Worsted Yarn, and it's one of the clearest cut amalgams of classic straight up rock and more "modern" takes on the genre I've heard. It doesn't always float my boat, but boy, when it really gets brutal it's a balltearer of an album. I could imagine this taking someone's eye out live - willingly. 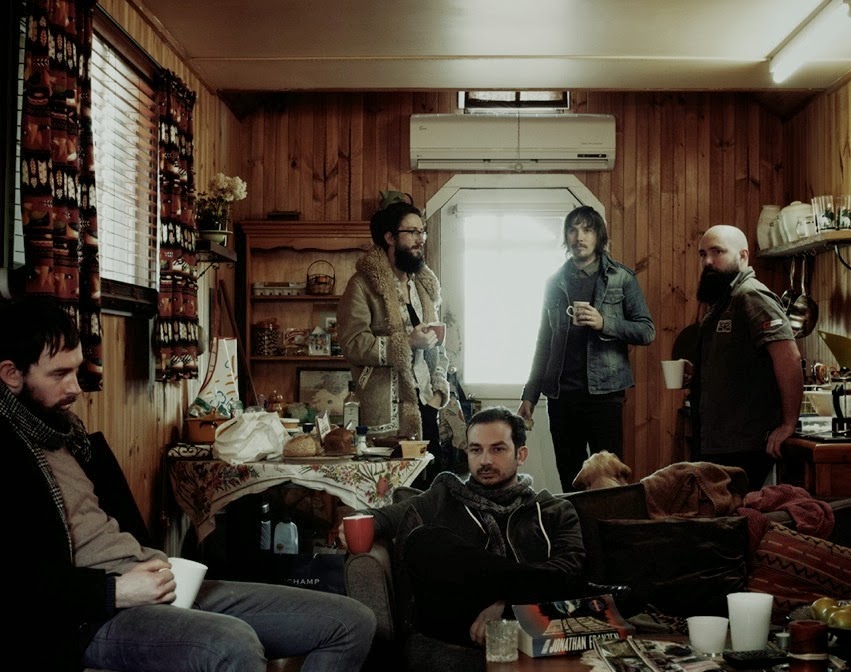 Let's finish up with Magic Mountain Band, shall we? I'm always going to be more than a little intrigued by a band whose Bandcamp handles include the words 'instrumental', 'desert', 'experimental' and 'rock'. Then I looked at the above photo - I couldn't tell whether they were going to whip out a mean Mumfords banjo solo or smash my skull in with said instrument. Their upcoming is called Wilderman; their only available track 'Into The Wild' is epic and brutal in all the right ways. So, there you go - I'm losing my mind in anticipation - it's like this band was made with me expressly in mind (I am often called a lumberjack, and in "certain circles" a bear, so, you know, there's all kinds of weird and wonderful correlations here...) Wilderman is released only a couple days out from my birthday too. Hole E Shit. Fin.