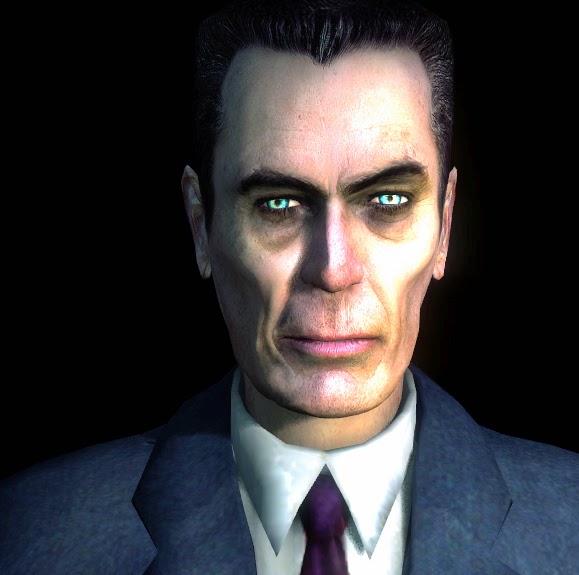 I start a new "day job" tomorrow. Working for the gov'ment. I'm excited and frightened. It's a 9to5 job, something I have never done before; Ill have my nights and weekends to myself (also something I haven't truly had since my university days); it's something outside of the realms of anything I've worked on before. But I'm frightened, because now I'm a G-Man. By proxy perhaps - but still, is this the moment of my moral downfall?

Hahahahaha. I've been morally bankrupt for ages. Within three weeks Ill be sacking people by the thousands with something close to the after-coitus glow. Just you wait and see... 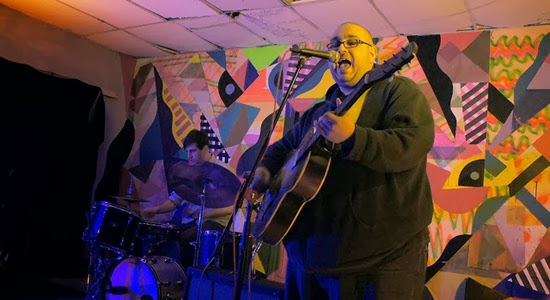 Let's start with some scuzzy misanthropy, shall we? New Jersey punks Slippertails have crafted a dirty blown-out mess in the form of There's A Disturbing Trend, nine tracks of self-deprecating sludge folded into a cast-iron oven and blasted by 1000 degrees - burnt, brittle, and bound to last the test of time. It's the sound of that guitar - I'd gladly break my teeth on these tones, then gum on the remains. And Nick Casertano's vocals evoke a bulldozer driver falling into a medicated coma at the wheel, whilst the cab's speakers rattles from a Doolittle cassette that is caught in the player and is slowly melting into the machine. Get this - NOW. 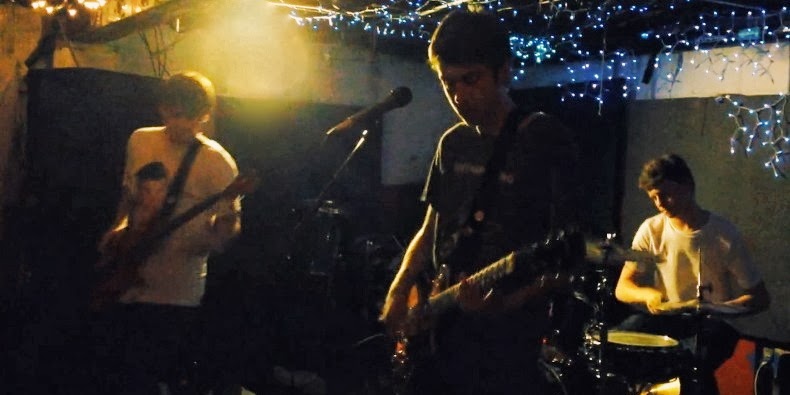 Not to be outdone, Atlanta trio Outrageous Fun have an equally breakneck release out called Trustfund DIY, an EP that shows the band are able to play loose and free with whatever medium they so choose. Therefore a balltearer ('Rock n' Roll'), a country baptism ('Prom Song'), and a discordant sojourn down the western tracks that Isaac Brock haunts ('Out West') can be peas from the same sordid, deformed pod. These guys are only coming to terms with the world and their place in it, but these six tracks are incessant growers, which is incredible. 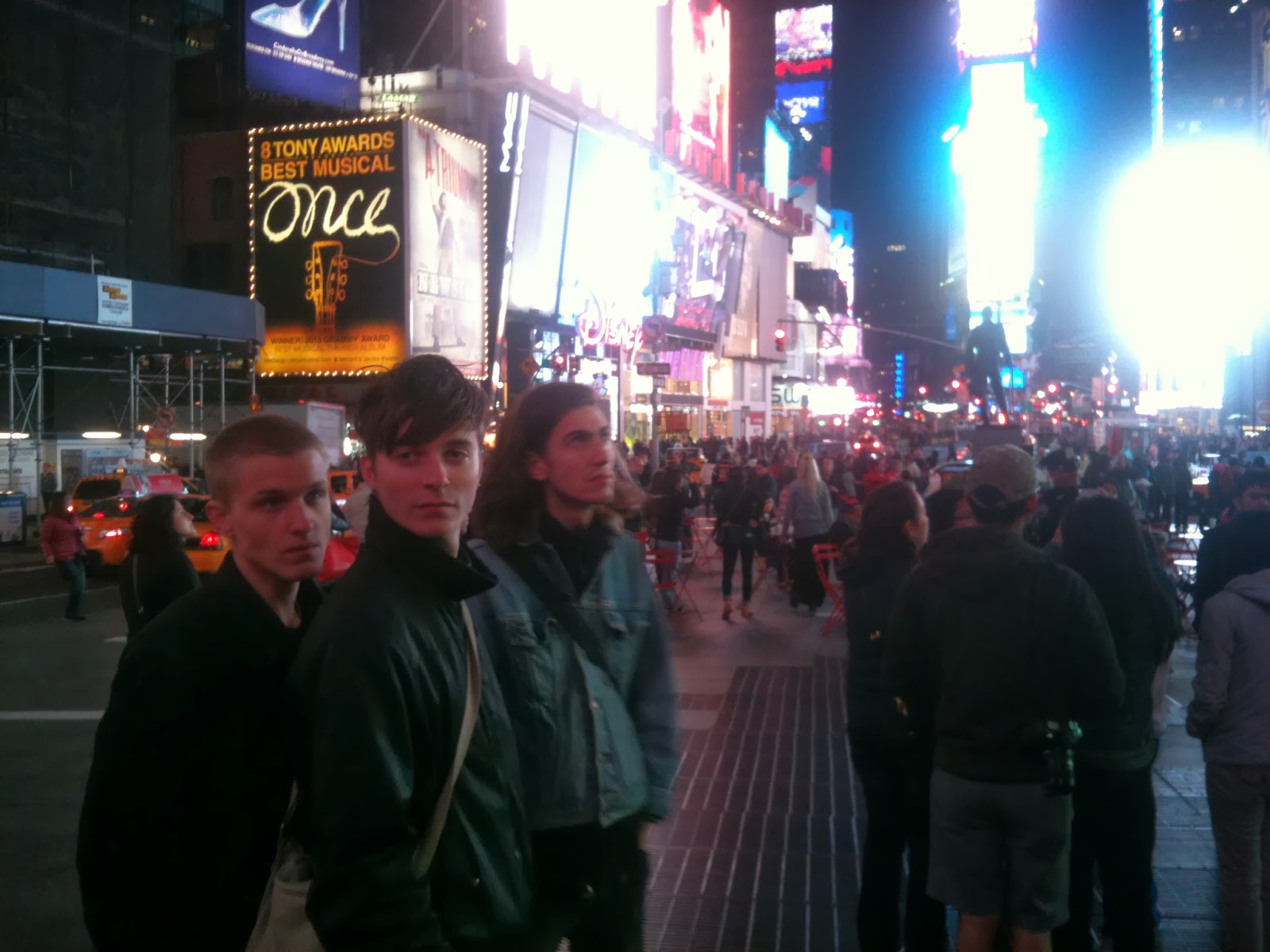 Copenhagen sure has the nihilist post-punk gravel dweller subset well and truly covered. Here's another one, although with the name Ocean View it does blindside you a little. This ain't no breezy Real Estate sojourn though - the band's Ocean.Puke.Future EP slots nicely into the slipstream that the likes of Iceage and Lower have set before them, with a bit of Cult Of Youth flirting with Pop 1280 on the very fringe. It's real, then, not an artificial pastiche of what's come before. They wade into the Danish arts scene to the point where putting out zines can be as, if not more, important as playing music, but if you have the chance it's imperative you catch these cultish bastards at their own game - their music, like the most garrulous of tapeworms, grows inside you and never lets go. Buy it here. 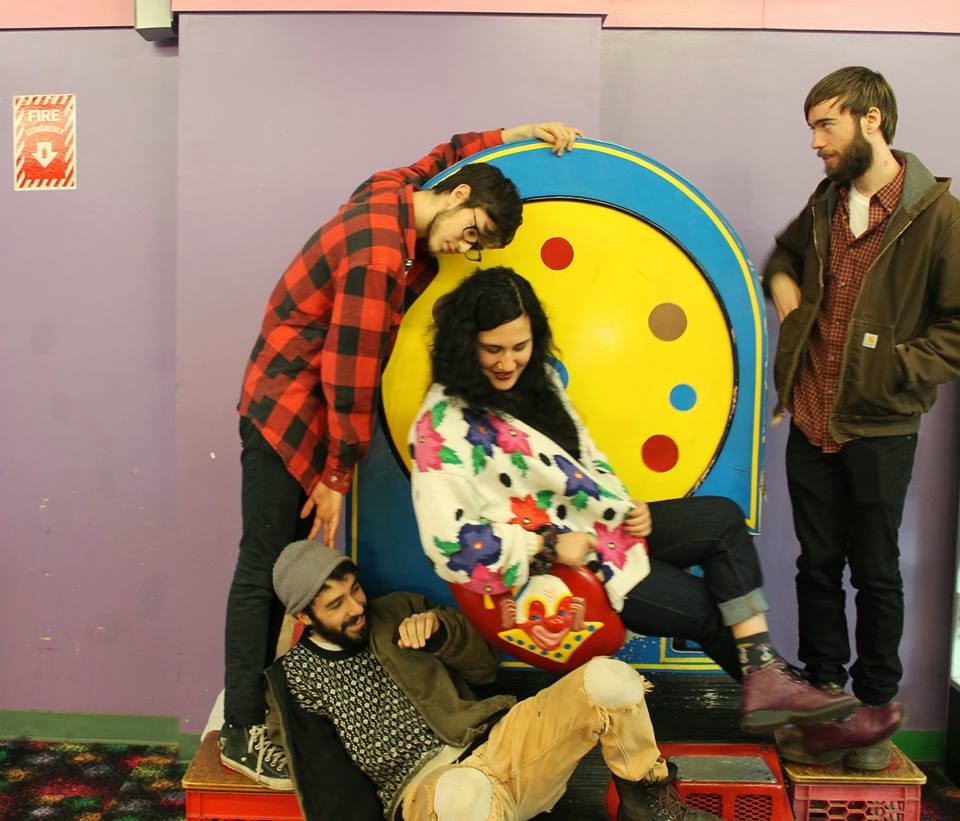 Exploding In Sound Records have kicked so many goals since its inception a few years ago. Pile, Ovlov, Krill, Speedy Ortiz, Fat History Month, Kal Marks, Grass Is Green, Porches... Another great record that they helped put out last year was Bent Nail, the EP from Yonkers-based Palehound. The project is driven by 19yo Ellen Kempner, who has a heady knack of writing insidious grungy guitar hooks, hung over her soft, simple lyrics - not too dissimilar from Speedy Ortiz's Sadie Dupais, then. And to be fair, you can see Palehound following the same meteoric route too, and with good reason. And with a 7", Kitchen, on the way with Kempner's band in tow, we can only hope it hits this year. 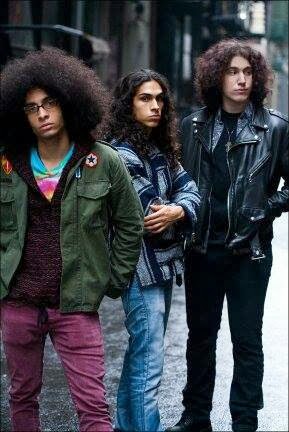 Who wants some vintage rock n roll with outrageous hair? You? Well, The Tye Trybe deliver, even if they themselves are barely out of the shrinkwrap. Their World Is Born EP sounds like stripping back guitar based rock and roll to its skeletal form, then thrashing the shit out of the remains. How can you resist losing your mind when rock is treated with equal parts reverence and disdain. These guys have still some stylistic hang-ups, but if they fully lose themselves to the grind like 'Shine Them Shoes' intimates, these guys could blow a hole in the sun. you have been warned. 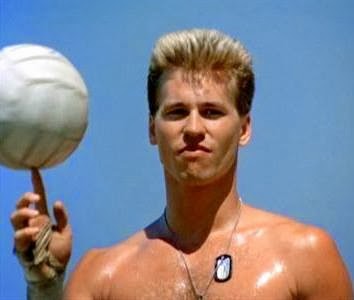 It's all been a bit aggressive (Kempner's vocals can't hide the 90s guitar drive of Palehound), so let's finish off back home with Australia beatnik Power Moves (AKA Austin Buckett of Golden Blonde). This Psycho Shower Scene album (out through Dream Damage Records) is one whacked out beast of sample-lead mayhem, yet it's the insistence on using samples of high-hat level percussion that really sticks with me. That, and the roiling aural mush that my brain turns into when listening incessantly to such absurdly hallucinogenic guff. It's described as sampling Chicago footwork, dub, r'n'b - and Tim & Eric. Fair dues. It's incendiary stuff, maybe even the stuff of neuro-urban legend - which is why it will be widely ignored. DON'T BE ONE OF THOSE.