Everybody's Droning On The Weekend #4 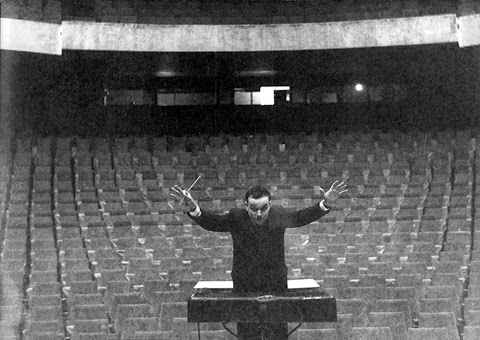 It's bright and sunny in Brisbane today, but I don't feel like venturing out into the "real world" today - lets draw the blinds, batten the hatches, and let the drone wash over us... well, there is a bit of "variety" of drone today (IE there are some releases that show elements of drone in what is otherwise music that is aiming for other sonic climes), and I've doubled the size of this piece to twelve artists. I'm also ordering in food and drink - let the games begin. 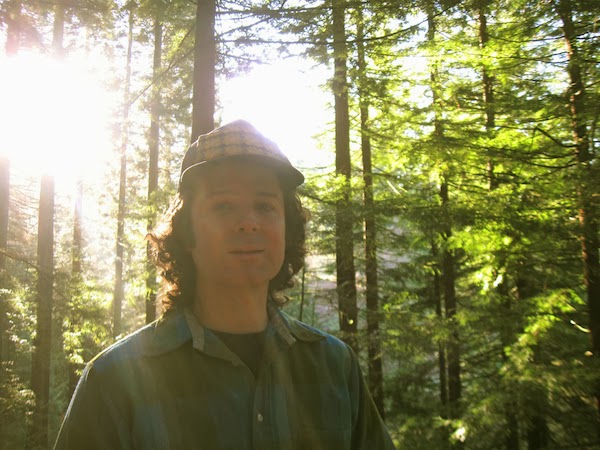 I have been a massive fan of (now ex) Eternal Tapestry guitarist Dewey Mahood's solo excursions as Plankton Wat for a long time now, yet it's taken me a long time to getting around to talking about his latest album on Thrill Jockey, Drifter's Temple. Whilst more pastoral and languid than the likes of Expo 70, Plankton Wat shares the same exhilaration from pushing the boundaries of guitar as hymnal, as storyteller, as the forger of new worlds, and Drifter's Temple is a perfect example of Mahood's influences manifesting into a wholly different creative drive. The fact that Mahood changed his approach for this album from cutting-and-pasting compositions together from live to tape improvisations to incessant live performance jams and rehearsals has meant that there is a honed sense of purpose here, and whilst that isn't always a good thing (the looseness that made some of his earlier releases so exciting is sadly absent here) it instead allows Mahood to provide a childhood narrative in the mix, which further emphasises his love of Appalachian folk, cosmic psych, and astral phased malaise. Mahood is such a great guitarist, he inhabits styles and makes them his own, and every Plankton Wat release is a delight. Get this great album here. 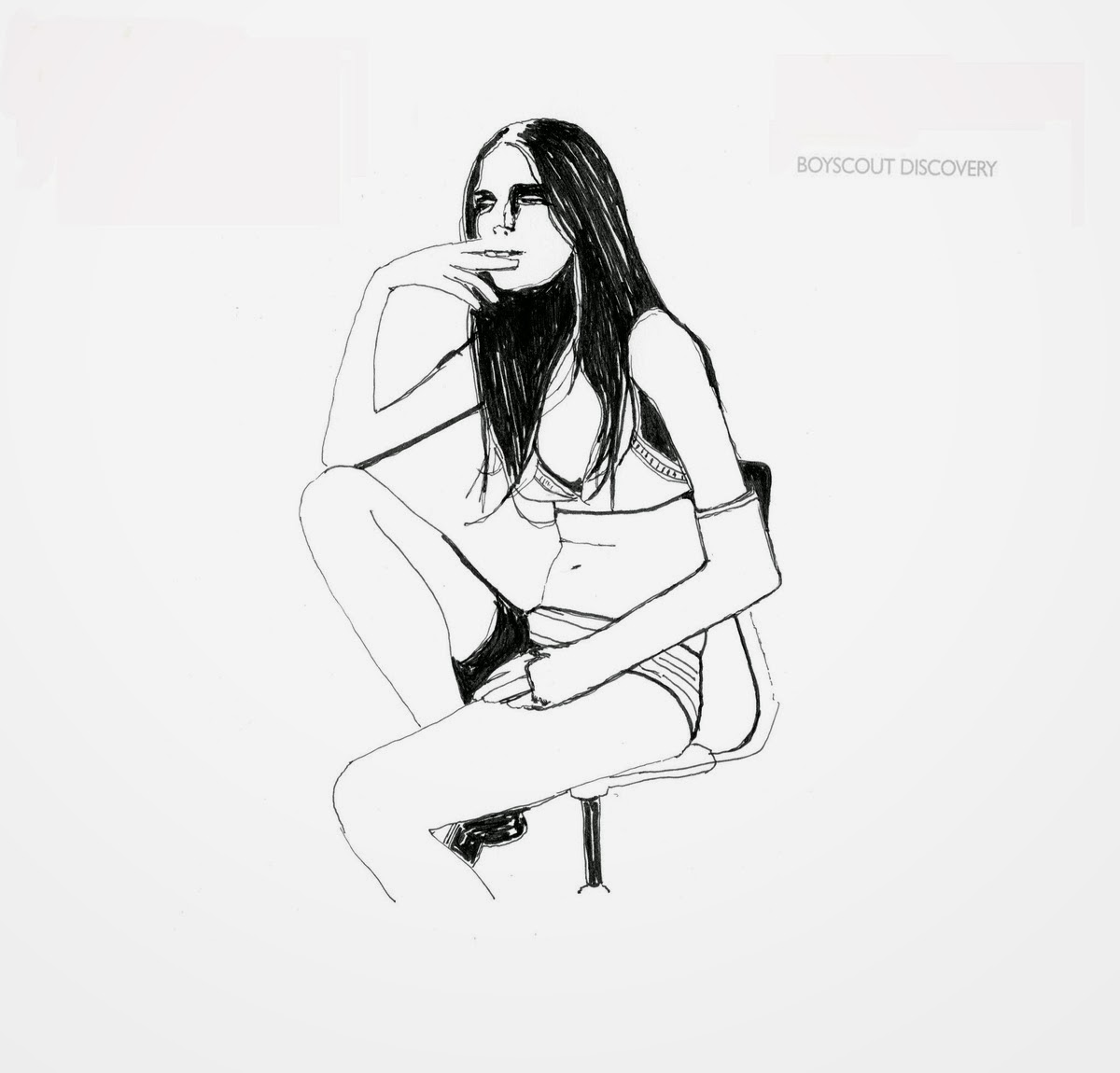 Portland's Boyscout Discovery has a new LP on its way (called LP), and its another cheeky look at melding quirky samples, ambient field recordings and simple yet evocative melodies to gel it all together in a warm, glowing whole. There is retro-futurism in tracks like the excellent 'Coyotes In The Bronx', yet even it is a ruse as 8-bit blips cascade down the sonic walls in the background; the groove-laden 'Fuxong' also plays with form. Only a handful of tracks break a three-minute sweat, but the conciseness adds to the allure. You'll find yourself listening over and over just to get a handle on all the samples, yet LP is a mesmerising listen as a whole. 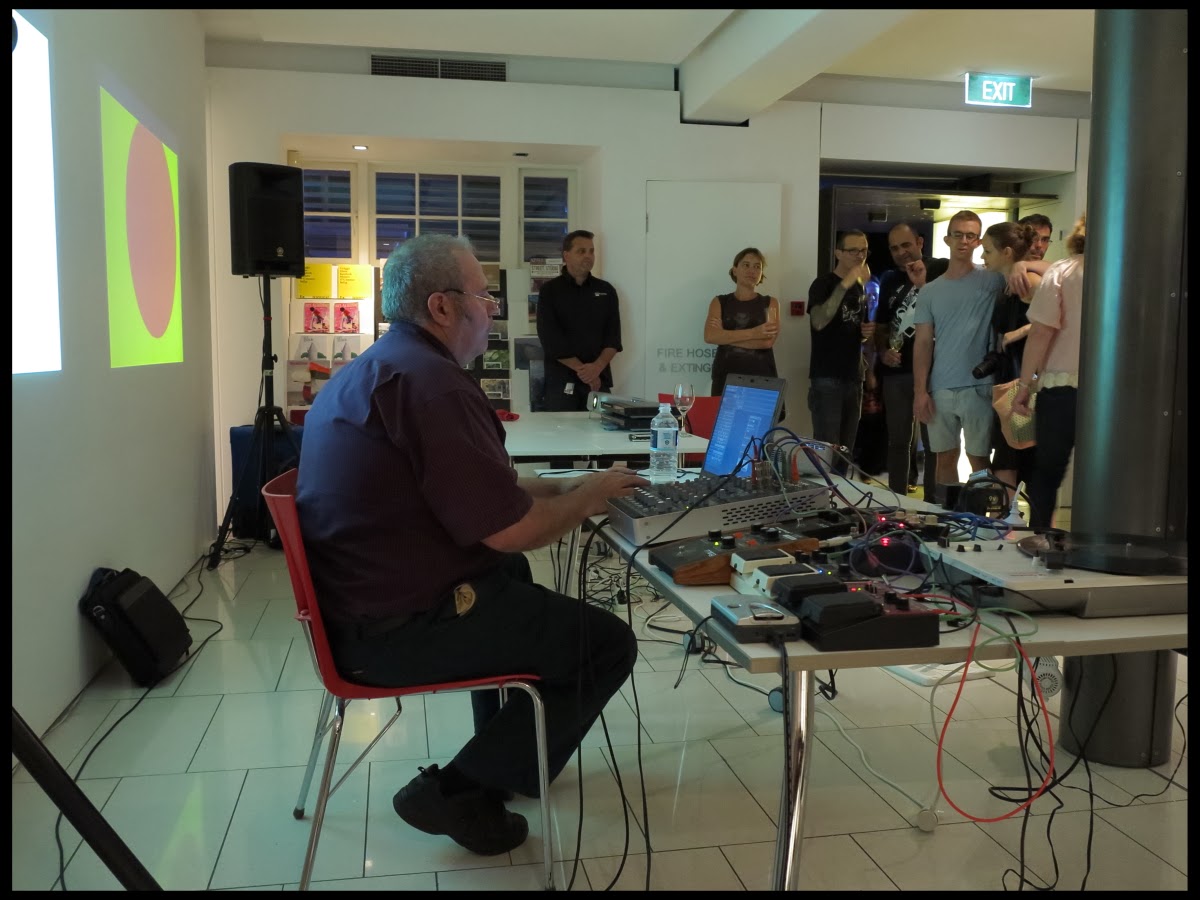 Brisbane artist Eugene Carchesio's 32 Days is a finely delineated microcosm of minimalist fury and menace, a dystopian netherworld of emptiness, of fatigue, of space. The 32 tracks, each number from 'Day 1' up until the thirty-second day, coalesce into some sort of cryptic radio signal from another race, its hypnotic mantras haunting yet only perpetuating the sense of isolation that this piece emotes onto the listener. It's quite foreboding, incredibly clinical, and not for everyone - but give it a shot, because it really is something that has a mind of its own. 32 Days is out through Room 40 in digital form - get it here. 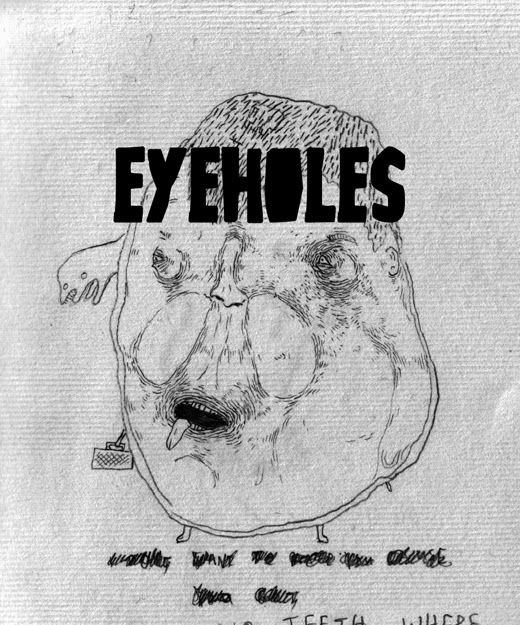 I haven't spoken much about the Sonorous Circle collective for a while, yet at least one of the crew has put out a fine release recently. Eyeholes' First Airplane EP is a cut-and-paste mashup of hip-hop instrumentation, hiccupping deluges of orchestral and piano plinks scattered amongst drifting samples and spectral effects to deliver an effect like a barely-tuned-in radio station from the 50s, manned by an LSD addict with a predilection for subversive pop and with the first appearances of dementia. Its a wild ride to be sure, albeit one that lurches more than stutters along - a weirdly beautiful beast. 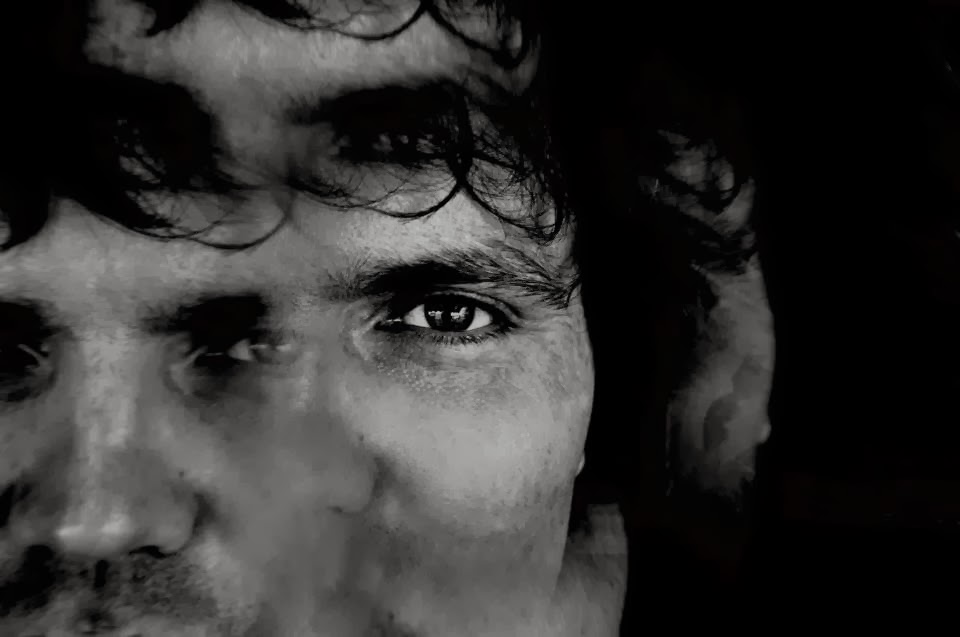 London dude Gyratory System have released their third album in the form of Utility Music, and its one electronic bliss bomb of a ride. At times like a lysergic Holy Fuck, at others like a motorik hallucinogen, Utility Music is a perfectly calibrated album, filled with myriad warm tones and multilayered beats, culminating in a glistening, evocative, yet inviting listen. There are moments where others enter his world (Katherine Blake on violins and vocals on tracks like 'AAA' or 'Lackland') and rather than feel like an intrusion, it's a welcome melding of minds. And listen to the saxophone on 'Thorney Island' - is that live instrumentation or digital? It doesn't matter - analog and digital are one and the same in this world - all that matters is that you dive in and dream away. Excellent stuff - you can (and really should) get Utility Music (through Soft Bodies) from here. 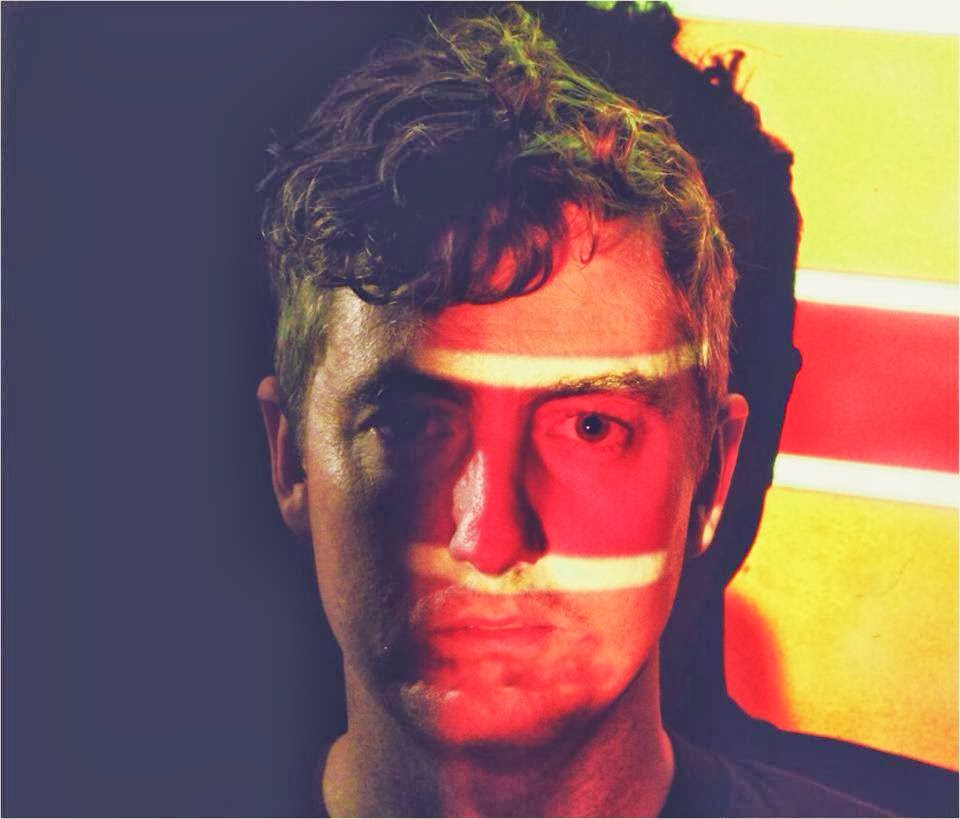 Woollongong-based Catman is in the Mark McGuire/Black Eagle Child vein of artist, delivering spectral guitar-driven meditations, sparse and austere. The Singapore Demos offers eighteen tracks of delights in this mould, each track garnering the name of a location that means something to him, especially wrapped around his sojourn throughout the titular country last year. The results are sublime - I want to live in Catman's sense of existential flux forever. He has signed onto Why Don't You Believe Me? (who are also featuring a single a month all year long from Snowy Nasdaq - read about that here). Grab it here. 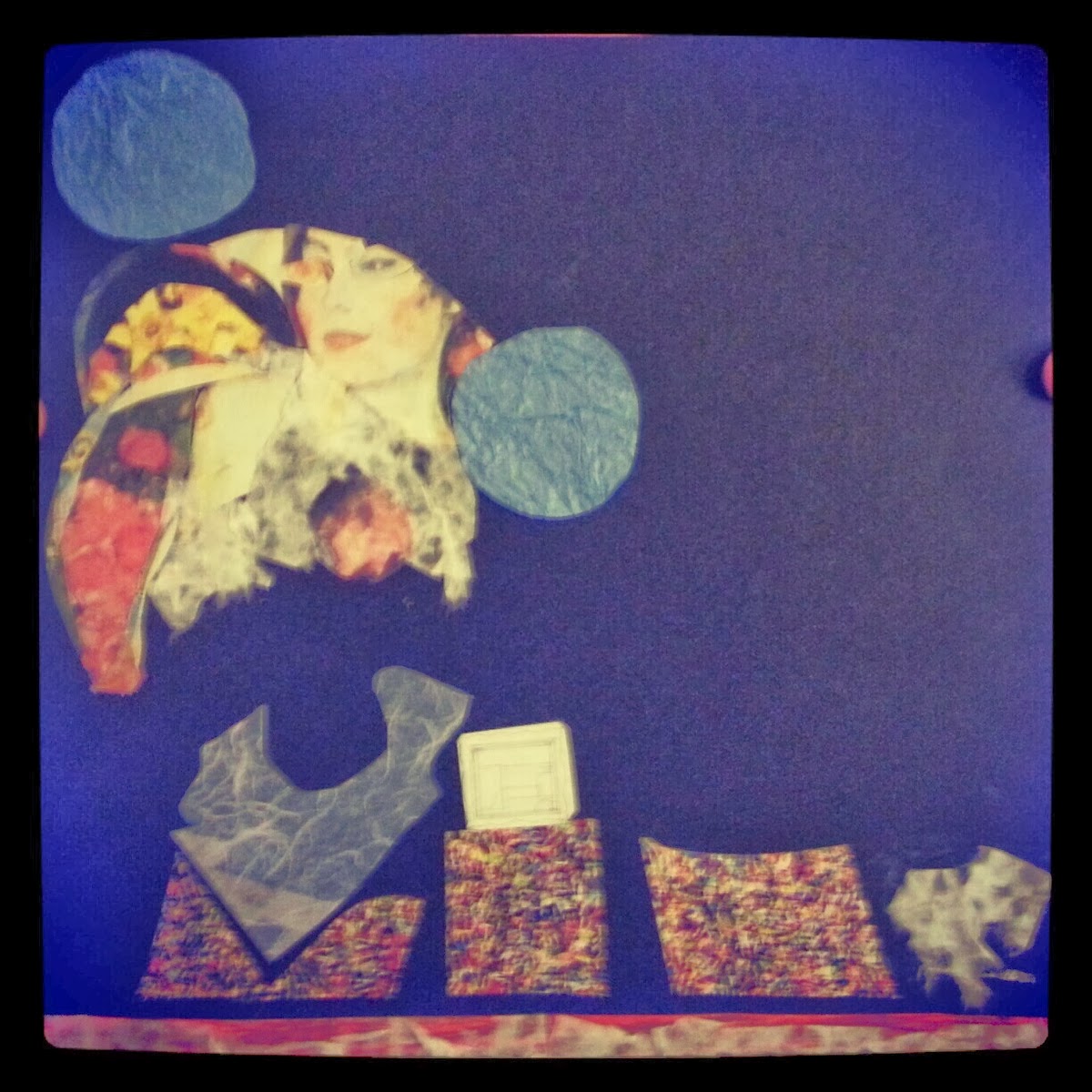 I've been meaning to write about this record for MONTHS - my bad. Shores brought out Open-Ended back in August, so I've had this on my horizon for about six months - but it's a great little psych swirler of an album. The sheer abundance of instruments at the SF band's disposal alone is mind melting - drums, saw, acoustic bow, gong, lots and LOTS of percussion... And yes, that is truly a didgeridoo you here there on tracks like 'Excursions' (my favourite song on the album)! I don't know if there are physical versions of Open-Ended out there, but this album has many of the hallmarks of a fantastic psych rock record. The more people listening to these guys, the better/ 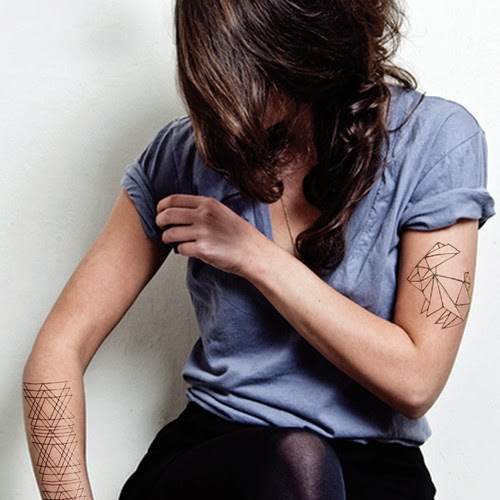 Taketi Uloomu has up until last year been a duo, yet on upcoming LP The Fifth Season Kyo is going it alone. The shimmering soundscapes that make up The Fifth Season certainly show that there is no divergences from the band MO, the apparent lack of guitar the only true arbiter of a change in tack. The way these tracks ebb and flow, floating on ethereal synth lines that are nebulous, makes it nigh on impossible to walk away from Taketi Uloomu without being under her spell - if you can leave her sonorous world at all. Trestle Records will be releasing The Fifth Estate in February - you can pick it up here. Another Room40 alum, Chris Herbert brought out Wintex-Cimex 83, a mini album containing four suites of sound that are offcuts from the same recordings that will constitute his next album, Constants. The four tracks meander, taking in various tonal shifts and sounds, attempting to find the commonality in these environments. Herbert has intimated that there was such a glut of material that he has amassed from his sonic experiments over the past seven years that it took the discerning ear of Lawrence English to help collate it into some sort of form. Wintex-Cimex 83 then is a moodscape of collated experiences, unintentionally creating a half-hour of melancholia through white noise, tonal discrepancies, static stasis and strange discoveries. Grab it here as a free download. A much better review of this from an avowed Herbert disciple is here - makes for good reading. 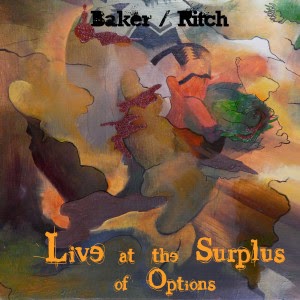 Live At The Surplus Of Options is the live-recorded improvisation/collaboration between Chicago composer Jim Baker and sonic explorer Sarah J Ritch. As individuals they have surfed to the outer edges of improv jazz, noise and metal (Ritch, as well as an amazing cellist, has performed in punk and metal bands over the past fifteen years); together this is something special. Ritch plays guitar and cello; Baker wrestles with the electronics. All and all this is an enthralling listen, more abrasive than I expected, which I love, but its the simmering energy between the two that in turn energises the listener. I strongly suggest you listen to this post haste. 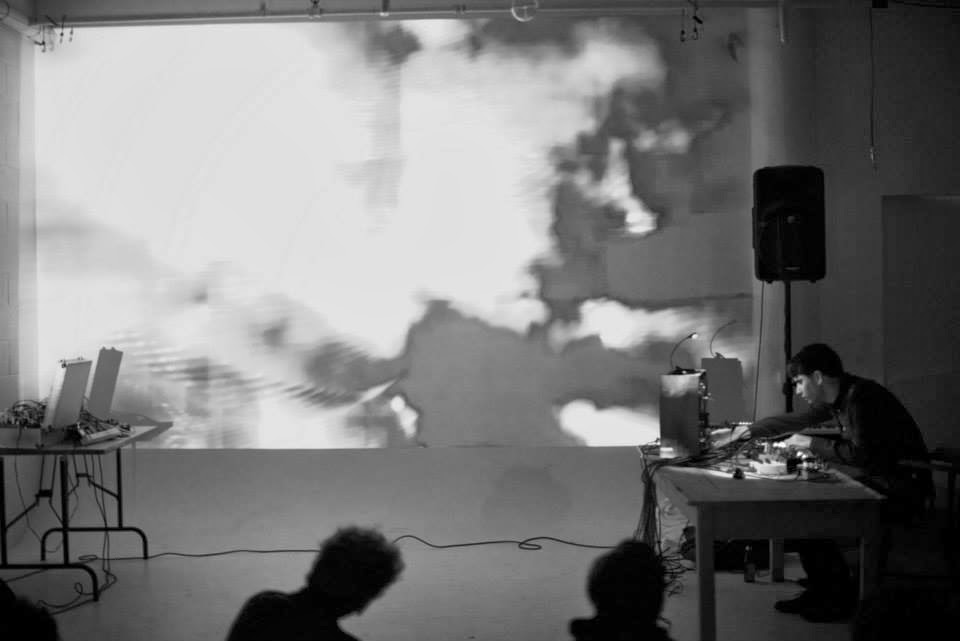 Vancouver's Amir Abbey performs under the pseudonym Secret Pyramid, and has released an album through Students Of Decay called Movements Of Night. Its a darkly sonorous affair, the white mist rolling over a rich night landscape, disappearing into the earth, cocooned by a weightless sleep, apocryphal dreams - above all its a tragic yet infinitely beautiful, awe-inspiring ride into the unconscious. I could write a lot more here, but all I can say is buy Movements of Light here and drift away. Secret Pyramid is currently looking for help to do a European tour in the summer - head to his Facebook page if you'd like to help out. 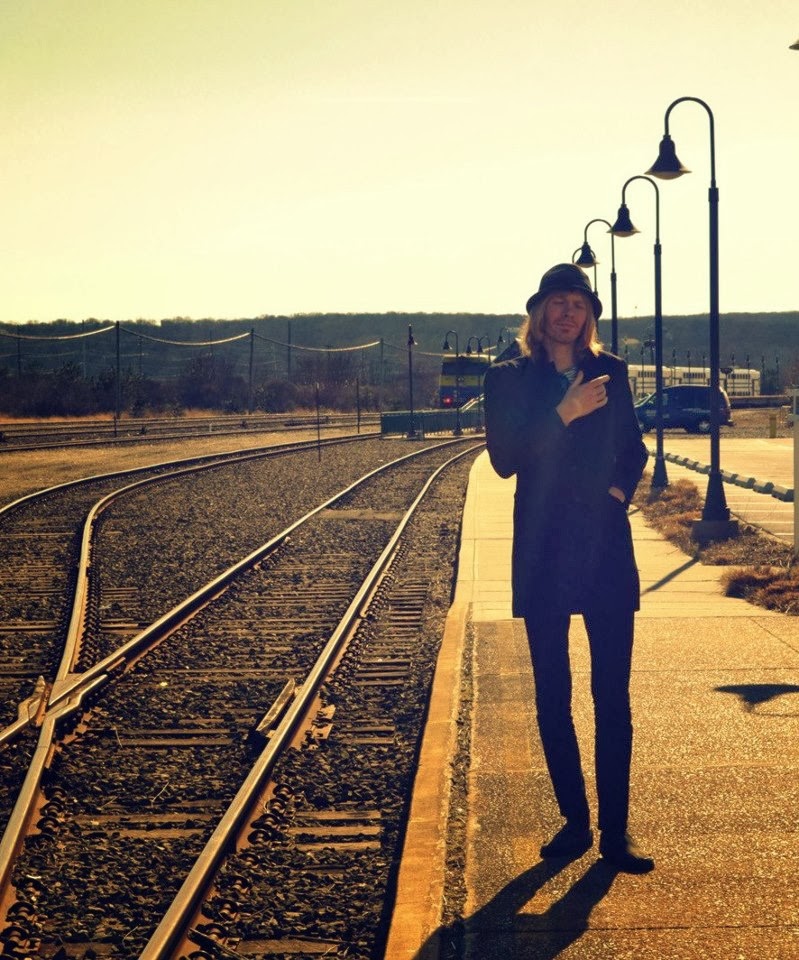 We'll finish today with Studio Noir, the solo meanderings of Eddie Palmer (The Fucked Up Beat), creating a collage of Golden Age cinematic scores into a looped menagerie of swirled aural logic, condensing the periods of the 20s to the 40s into a sultry mantra. Sunset Boulevard is sixteen tracks named after actresses of the era who died suddenly, mysteriously and tragically, and each track holds within it an eerie elegance, like wandering through an empty house that has seen history, celebrity, success, avarice and tragedy over the decades, yet all that is left is the vapour, the lingering feeling that such decadence will never be experienced again. It's quite gorgeous all told, the glossy images from the classic films of the era flicking though your mind, even as the muted tones of the tracks belie more sombre experiences. Palmer has hinted that this will not be a one-off, so delve into Sunset Boulevard now before the next wave of film score beguilement begins.