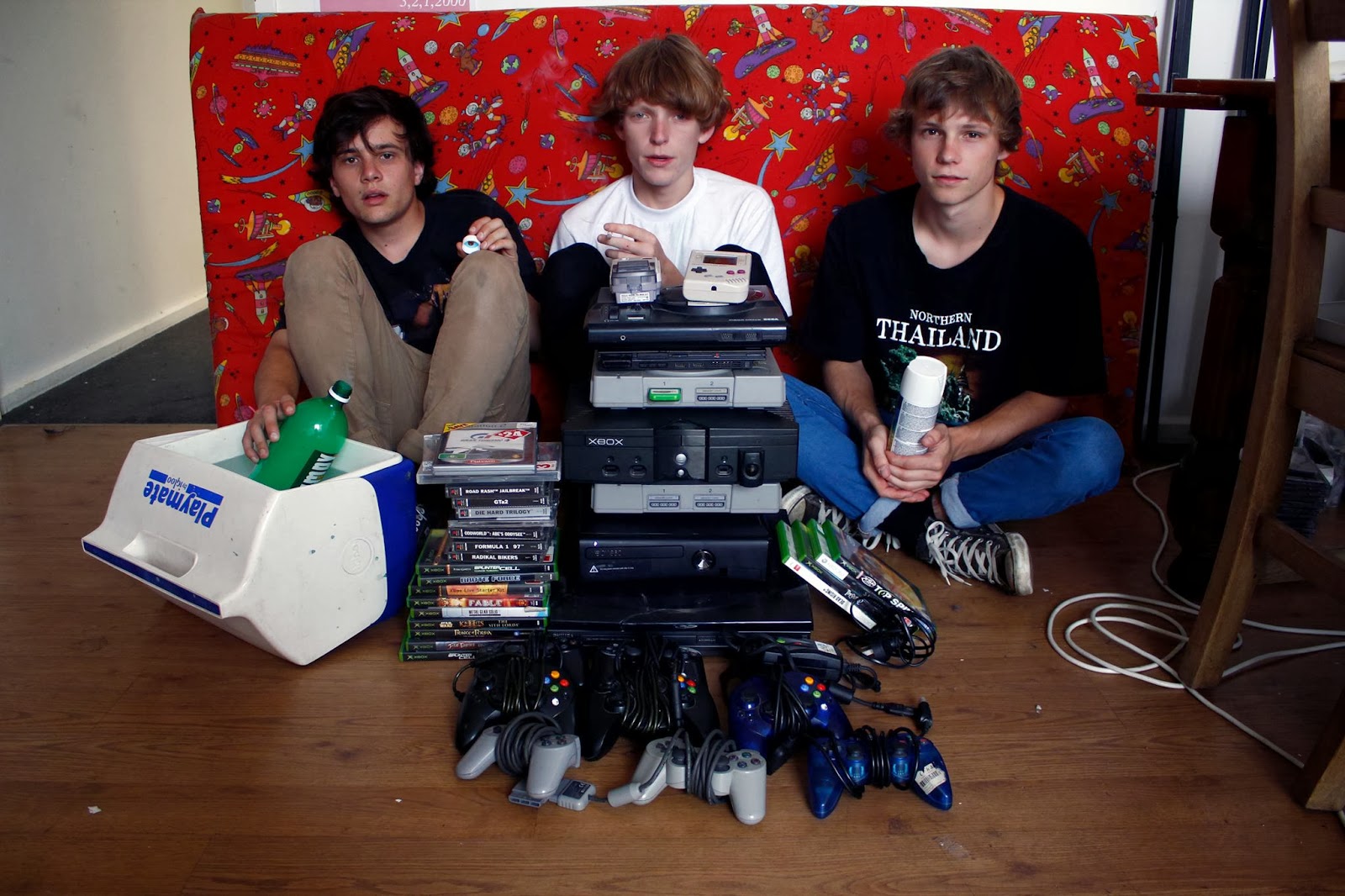 There is no denying that Auckland trio Caroles are anything but a bunch of kids wholly consumed with the truest slacker ambitions - playing in a band, playing computer games, and getting hiiiiiiiiiiiiiiiiiiiiiiiiiiiiiiiiiiiiigh. Hollow Trophy is much more abrasive than you would imagine from the band photos, but it's all relative, isn't it? Stoner rock and doom aren't float away sounds either, right? This is pretty brutal, but also pretty damn good. Now, let's bong on...


The band have new stuff on the way - stay posted on that. Maybe we can lure them over here sometime in 2014?
Posted by Brendan T

Email ThisBlogThis!Share to TwitterShare to FacebookShare to Pinterest
Labels: Caroles