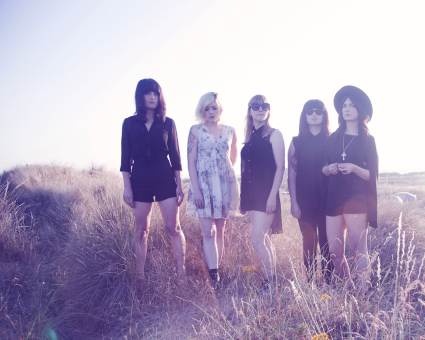 I’ve been watching the progress of Ireland’s lost pop noir rockers September Girls for some time, ever since they dropped their Green Eyed/Danny Wood 7” through Soft Power Records back in 2012. The girls have built up a steady oeuvre of reverbed and honeyed harmonies with a buoyant instrumentation laced with something more sinister since then, and now they arrive with their debut album Cursing The Sea (coming out on Fortuna Pop).

That undercurrent of darkness has bubbled closer to the surface over time; the quintet busy in the shadows over the twelve track on display here and is never more haunted and suggestive than on ‘Left Behind.’ It’s clear the 60s garage pop resurgence that continues to reverberate some years onward have left its indelible mark on the band – listen to the opening moments of ‘Heartbeats’ and you can hear a sneering Mamas & Papas, pastoral pop dressed in leather – but there are moments that echo further outwards into the early Gothic dourness of The Jesus & Mary Chain, as the broiling post-punk of ‘Ships’ attests. The slight shifts in nuance comes from the fact that four out of five members are songwriters, an evident source of inspirations that allows Cursing The Sea to shy away from the more predictable mores of the genre. September Girls still reminds me of Brisbane band Feathers, which makes me sad, because they were a great band that were really starting to flex their creativity. But Cursing The Sea makes me happy too, as September Girls are here to pick up the slack and run with it. The end result is a dark, seductive whisper from behind you – wind on your cheek, promising danger and desire in (un)equal measure. 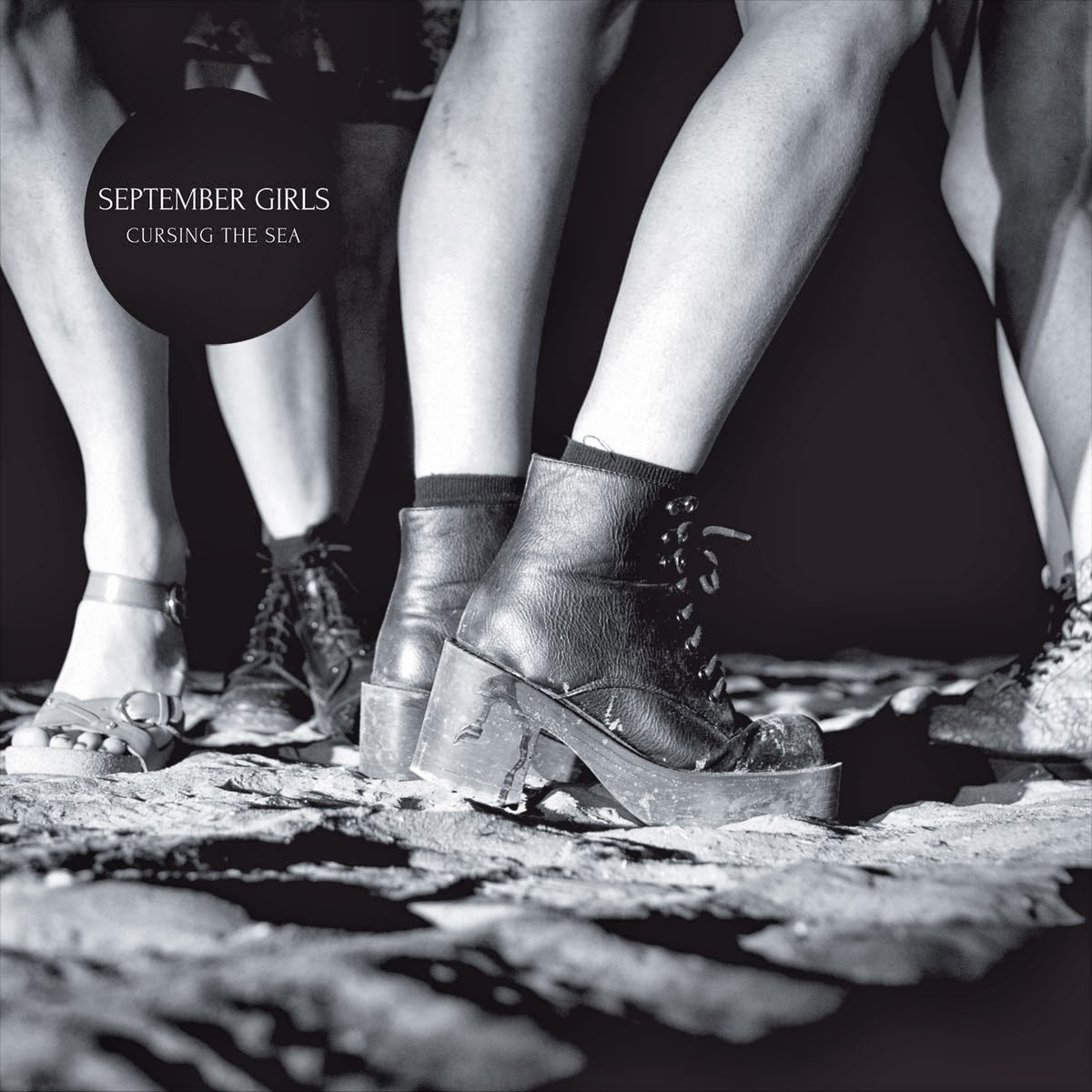