CD Expulsion - Flotsam And Jetsam of 2013 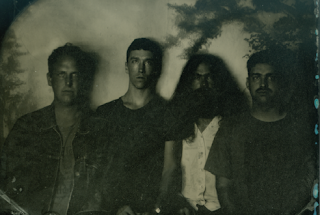 So here are a bunch of physicals in CD form that I have collated over the past few months that I thought I would yammer on about in the one post. 2013 is over - the Purge is nigh... Ill try to stretch it all into a superfluous narrative for you though...

I saw Chicago's motorik finest Cave in Brisbane the night I flew out to England. Literally - I got to Brisbane from Maryborough at 3pm, went home and packed, went out with my big-arse suitcase to the pub to have a "meeting" about the Sonic Masala label, watched Cave, spoke briefly to Cooper Crain from the band, then stepped out, hailed a cab and went to the airport, in the air for 2am. Maybe it was the nervous energy, maybe they are just that good - but Cave were transcendental in their trance-like rhythmic mantras, their jams tightly coiled, barely suppressed double helix's of Kraut instrumentation and manipulations. All on the back of their new record Threace, which is pretty damn amazing. I wanted to give it a bigger write-up, but I only received it a week before I flew out, which was madness, then, well, anyway, have a listen. It's out through Drag City and you can buy it from here. 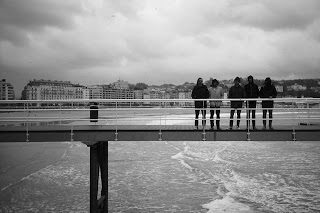 I received Gilded Pleasures, the new EP from Californian psyched out weirdos The Growlers, at the same time as Cave's Threace, and it suffered a similar fate. It did soundtrack a spate of marking 3rd year creative writing students' final projects, which was suitably delirious. Its pretty long - 9 songs at just under half an hour - Weezer would call that an LP - and can be hit and miss, as is the wont of the extended play format. But when songs like 'Dogheart II' or the great delivery of 'Hiding Under Cover' floats through the speakers, all unabashedly sleazy and breezy, The Growlers really nail it. This would have made my top EPs of 2013 in retrospect. Hot news - The Growlers will be in Australia in March, playing Black Bear Lodge in Brisbane on March 5. See you there. 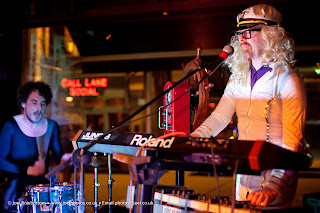 Mucky Sailor is a band from Leeds. They are a two piece obsessed with flamboyant silliness and fancy dress. They offer a suitably unhinged live show. They feature one of the drummers from Nope. Said drummer is a close friend of my brother-in-law. My sister gave me their album Early Lad back in July. I have wanted to interview the band for a while, but my slackness has won out there. I could have seen them play in December as they played the Shacklewell Arms which is literally down the road from where I was staying - but I drank at home and watched six episodes of Bob's Burgers instead. Get Early Lad here, and get to one of their shows (AKA don't be me). Fin. 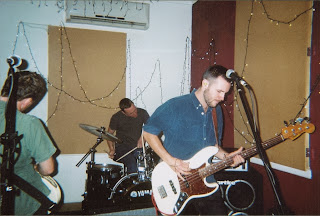 I missed new Melbourne "supergroup"Heads Of Charm play Brisbane in December by a matter of days. The trio (David Gagliardi - Laura; Sam Reid - Bone; Sam Whiting - Nikko) played a number of shows and by all reports fucking slayed. Totally bummed - I would have been at these shows (especially seeing as the Saturday gig was with both bands on Sonic Masala Records...) Typically irascible yet tongue-in-check balltearers from these guys. Come back soon, yeah? 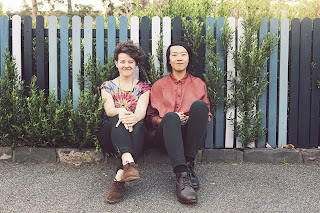 Melbourne dreamers Beloved Elk released the EP Peace Offering onto the world in December, and its a regal gem. I managed to sneak a listen to this the day I left Australian shores, on a train from Maryborough to Brisbane. The train was waylaid because a truck drove into a bridge. A lot of people were pissed off. At first I was too, but then I put this on and all anxiety and anguish and frustration with the idiocy of the general populace bled away. Beautiful stuff. 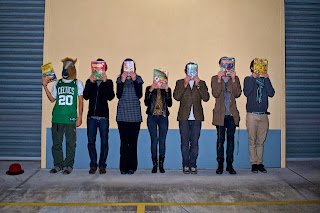 Brisbane chamber experimentalists Nonsemble released Practical Mechanics in physical form through Lofly Records. A beguiling amalgam of Conservatory punctuality and pragmatism with underground playfulness and subversive zeal, the tracks here are at times hard to digest, with deliberate shifts in medium and rhythm coming on rather strong. But the point is that Nonsemble are attempting to traverse new frontiers, and when they successfully create their own soundscape (which happens frequently) it's a majestic experience.

The final official Sonic Masala show of the year featured Auckland's nihilists Girls Pissing On Girls Pissing and Melbourne's inimitable Orlando Furious. We also featured the welcome return of Adam Cadell (The Scrapes, Nikko). Playing alongside accomplished drummer Tony Irving, Adam put on a great improv set that set the tone for the rest of the evening. Irving himself is no stranger to great live sounds though, and one of the bands he has worked with is The Impossible. The free jazz/noise trio recorded a couple of songs as part of an Audiopollen show, the results of which are below. Excellent stuff. 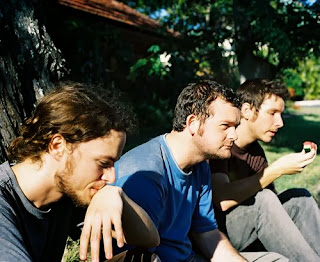 Back to the Cave show, and one of the supports was Ghost Notes (currently on a brief hiatus - expect them back midway through the year). Before becoming the excellent Ghost Notes some of the members were in a band called Buildings Melt. I only got my hands on their only album We're All Going To Be Dirt In The Ground that night - and its a fantastic instrumental release. The live nature of the recordings showcases some of the earliest works for Cam Smith of Incremental Studios, and it works well to create a warm, all-inclusive suite of sounds. I think Ill be returning to this quite a bit over the next few weeks as I try to crack on with my writing... 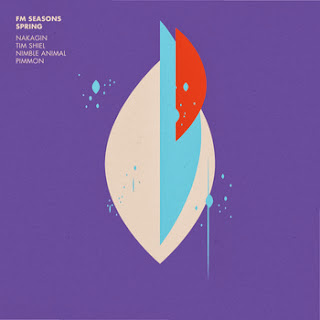 Sydney based, artist run label Feral Media continue to put out quality releases, including some seasonal EP compilations. I'm including Spring because I was sent a physical copy that I only got around to playing recently, and it features this killer track from Nimble Animal. 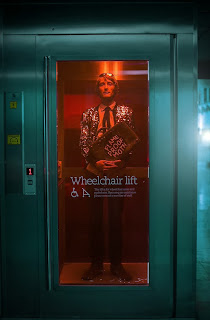 Finally, I was walking along the Thames back in July and this guy was busking, playing pretty rad songs from the banks, all through a little amp. It was stripped and laconic, and at first I thought it was Brisbane's debonair troubadour misanthrope James X Boyd (it wasn't, but its a thought mate...), but turns out it was Flame Proof Moth. I threw down some change and he got off his deckchair and gave me a CD. This is that CD. It's one of my favourite memories of that trip - and another reminder of how amazing music can be when wielded by people with creativity, energy and cheek (plus he's supported Jeffrey Lewis and Kevin Eldon - pretty bloody excellent I reckon).