Laura Hill continues to impress. For those who have seen her myriad shows around Brisbane as Scraps, you are already on the bandwagon - but for most of you, her knowing-naive-synth-pop knows no bounds. In fact Hill has gotten so attuned to finding the infectious groove in the dirtiest, tinniest, trapped-in-a-metal-bin beat that it becomes a surreptitious delight, sneaking up on you in usually inopportune moments, hooks bearing fruit in your mind days or even weeks after the song last rang in your ears. Her plaintive disco wraith stylings may seem simplistic but are anything but - Scraps is a dark electro-pop force to be reckoned with.

And as is the way with a bunch of great Brisbane bands (Blank Realm being the most obvious), UK label Fire Records has latched on Scraps' inimitable wasted disco jams, putting out her Electric Ocean record (it's due in March). The brilliance of this album is what makes Australia, and indeed Brisbane, such a beguiling and creative dustbowl of musical innovation - Electric Ocean comes solely from Hill's viewpoint, living by the day, scraping together vignettes of sullen ennui that occasionally spikes in a glorious winning moment, but can just as inexorably spiral into sweat-stained exasperation. And its through the music, a pastiche of childhood rememberings and upbeat anthems shone through a prism of close-at-hand instrumentation and world-weary battles, that Scraps overcomes. What I'm saying is, Scraps is the real deal, a triumph in belief over matter. It's there in every fiber. Dancing in pain; dancing for pleasure. 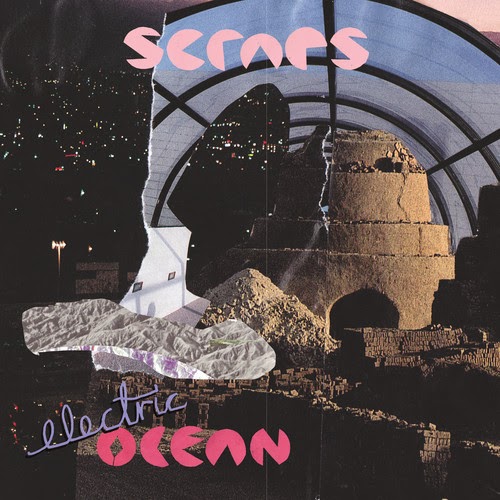 You can pre-order Electric Ocean here.