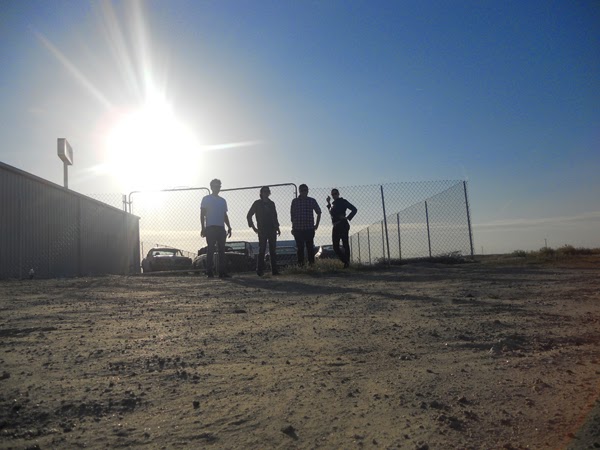 I don't think there are many bands who have had such a bell curve evolution that I personally know than Brisbane's Blank Realm. The Spencer siblings (and Luke Walsh a sibling by proxy) started out making dirty, decidedly weird motorik psych, relying on mantras, improvisational hiccups and repetition all whilst hiding behind the cacophonous noise that bled forth. They were great, released some solid small releases, and cemented this with the dingy album Deja What. But as their confidence grew, Blank Realm's parameters shifted. They got tighter, more charismatic, and to an extent more flamboyant. Dan Spencer's ventures out from behind the kit resembled the barely contained energy the likes of Future Islands' Sam T Herring harnesses; Luke Spencer began to really lock down the spine of their sets; Sarah Spencer's headshaking shimmies and keyboard flourishes became an integral element to the song's construction, not just the presentation; and Walsh's guitar lines shirked masking distortions to find sinuous portals to other, incandescent worlds. In other words - Blank Realm discovered pop.

Go Easy easily exemplified this shift in dynamic - from the New Romantic/neon decadence of the cover art, to the tighter melodies and song construction. It wasn't a blast into the mainstream by any stretch of the imagination - there were enough jagged edges in songs like 'Growing Inside' and 'Acting Strange' to be cerebral and abrasive; 'Pendulum Swing' pinned down the histrionics evident from those early psych days. But the elongated amble of 'Cleaning Up My Mess' is an unmitigated delight, whilst the closing title track was by far the best thing they had ever written, a song wrapped up in tired apprehension, a wasted drift down a sun-drenched highway in a car without air-con.

So it goes to show that new album Grassed Inn continues to follow in this stead - in many ways a far poppier proposition from its forebears, but also promising more left-turns, sidesteps and leaps of fantasy. It's great to finally have 'Falling Down The Stairs' on record, an insistent gem that is a crooked sideways glance into the rearview mirror, a heady pop hiccup that promises a dancefloor stagger, eyes glazed, lost in the trance of the insistent rhythms. 'Bell Tower' is a languid creeper, the notes slightly askew as to denote unease, Dan Spencer's vocals ramping the tension. 'Bulldozer Love' holds the jangle, Walsh's guitar holding down the rhythm, Sarah's synth lines bubbling underneath before cascading and washing away halfway through this sinuous long play, before the heightened release that becomes a busy squall by song's end. It's these all-encompassing sepulchral moments that exemplify Grassed Inn as such a wonderfully elliptical release - within the majesty and fluorescence lies kernels of darkness, of abject truths, of nighttime confessions, of fear. The B-side shows more restraint - 'Violet Delivery' is a buoyant travail into the backwaters of 80s lipstick chic synth-lite musak; the orca warble that injects 'Baby Close The Door' wans to become a subterranean shanty electrified by retrovision and languid verses, a Bauhaus warehouse populated by Eric Burdon and JJ Burnel's strangled backing band; closer 'Reach You On The Phone' is possibly the closest musically to combining Joy Division and New Order into an organic entity, with Dan's best use of vocals juxtaposing amusing ripostes with maudlin reveries, all delivered with that off-kilter, crooked pitch. 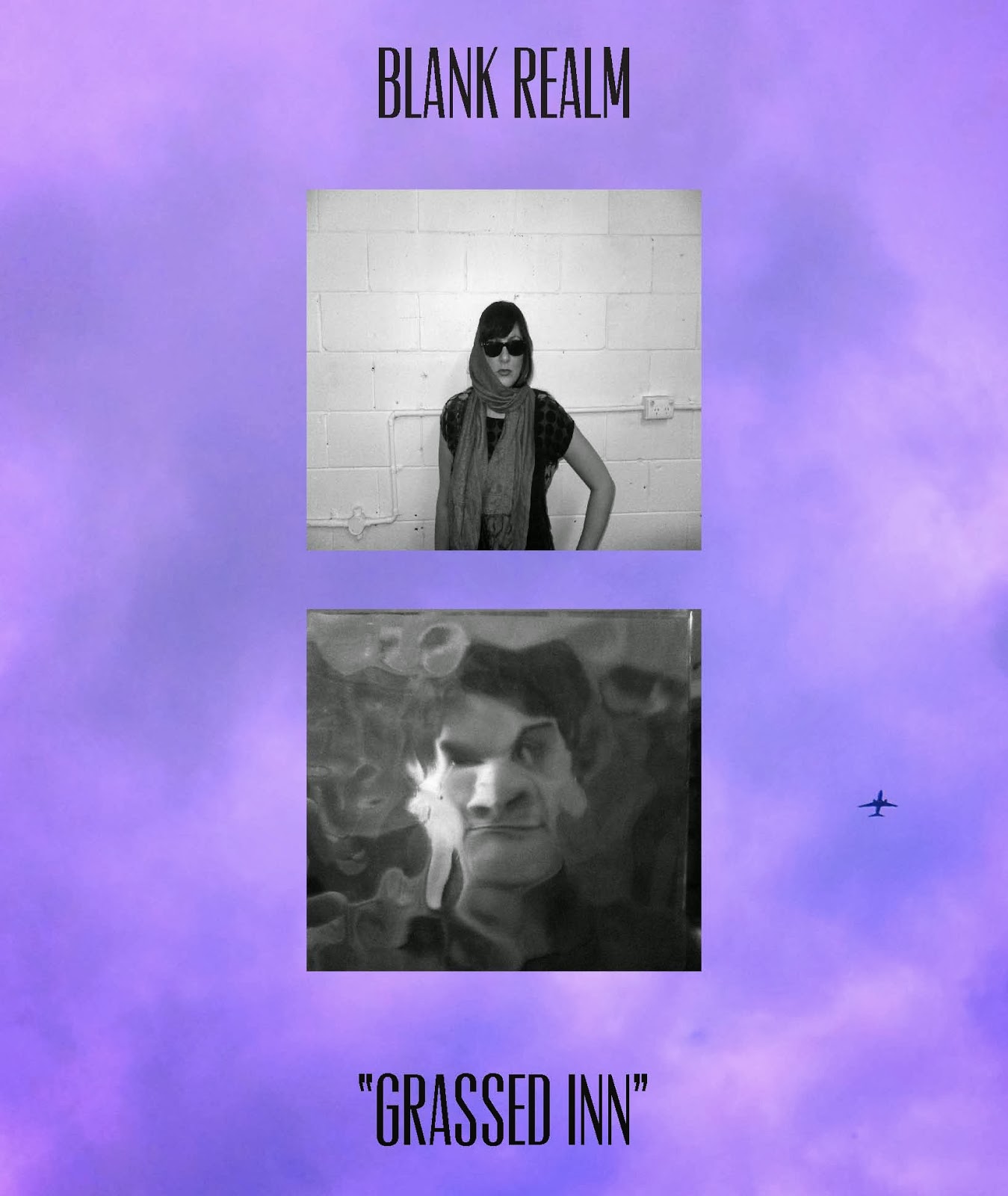 Grassed Inn (out through Bedroom Suck and Fire Records) - frontrunner for album of the year. Pre-order it here and here.