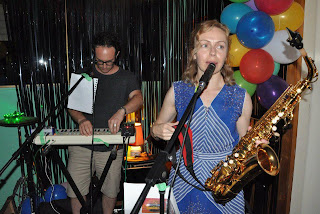 There are some bands that surprise you with their sudden rise in popularity. I'm excited to say that one act that has had light shone in their general direction has been the off-kilter experimental synth pop of Primitive Motion. Made up of ex-Deadnotes members Sandra Selig and Leighton Craig, the duo, much like another underground explorer from Brisbane, Scraps, delve into ethereal melodies and sonic manipulations, loops and echoes, repetitions and monotones, all within some semblance of a traditional song format. Selig's musical dexterity - she often swaps between saxophone, flute, tuba and keys, as well as singing - is the drawcard, whilst Craig's flat vocals are often discordant notes in themselves, all the while the ephemeral oscillations swirl around the elegantly wasted chaos. It is something that teeters on the precipice of destruction, such is its fragility and awkwardness, and it sometimes does. But when listening to the excellent Two Ellipses, their latest cassette (out through Room40 offshoot A Guide To Saints), the magic is indelibly strewn throughout the seven songs' DNA. Admittedly more ambient and drone-oriented than a lot of their stuff, the fact that it sees the duo truly take flight speaks volumes of Primitive Motion's promise. They have enthralled many, and in the past few weeks have picked up support slots for Deerhoof and (most importantly) the coveted opening for Godspeed You! Black Emperor. 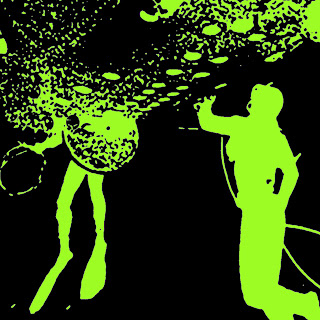 You can get Two Ellipses here. Primitive Motion are the headliners in local collective Lofly Records' monthly Hangar showcase this Saturday March 9. Supports are Melbourne's Faspeedelay and locals Ghost Notes. Its at the Waiting Room, $10, BYO. BE THERE.