Mining Calls In The Dining Room 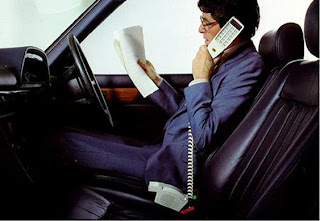 Last year I mentioned a newish band down in Melbourne (via Perth) called Mining Boom. Their track 'Craigie' was the kind of blase, laidback, wasted guitar pop that was endearing and infectious, even though the threat of a punch, accentuated by the c-bomb, confronts and amuses in equal measure. It is a great track. Since then, the four-piece (which mow also features Snowy Nasdaq from The Ocean Party on keys) released a follow up to their Dining Room EP, a cassette imaginatively titled Dining Room II, back in December, and it had this delicious little track on it. 'Telecom', for those not up to speed on the Australian telecommunications industry of yesteryear, was the state owned Telecommunications network, which ran a virtual monopoly on Australian Telecommunications from 1975-1992, and as Telstra are still very much the top dog. More importantly, this song is great. The 80s reference, theme of wanting to get out of work, smoky keys - its a lo-fi winner.

More importantly, the band are about to embark on their first national tour, and are bringing along Adelaide's excellent Bad//Dreems and Sydney's Palms in what they are coining the "Neapolitan tour". I bet Mining Boom is the chocolate. They drop into Alhambra Lounge here in Brisbane on Thursday March 14 - buy tix here. Really looking forward to this.
Posted by Brendan T