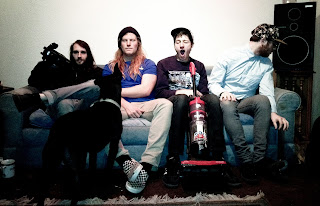 I have always been a fan of Colorado boogers School Knights, and their upcoming cassette release Lethargy (out through Bridgetown Records) is no different. In fact - it's the best thing they have put out since their initial Rush SK release when they were just a duo fucking about in 2010, and this supersedes that too. It's sonically brawnier too, straight off the bat - 'Heritage I' doesn't sound like Wavves-lite silliness and skulduggery (not that the now four-piece always did - but the noise pop lived just around the corner). The production on the album is clean and spacious, so that every dip and flow is perfectly rendered, and it really lightens up their sound whilst also accentuating the ever-growing chemistry within the band. 'Low Tide' still holds some of that lo-fi aesthetic, but by actively coming out from behind the (admittedly unnecessary) fuzz and embracing each other's strengths and shortcomings Lethargy sees a strong collection of tracks that bridges the languid pop of Real Estate with energetic noisy breakdowns of the likes of Fang Island or Animal Collective and darker edges of Cursive, sometimes all in the same song ('Silicone Drip') - unexpected, unconventional, and altogether unreal. 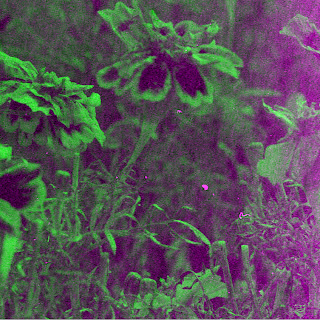 You can pre-order Lethargy here. They are apparently working on something else already, can't wait to see what that is. They also have some upcoming shows at South By South West (Austin, Texas) on Thursday March 14th @ the Green Room, Friday March 15th @ Hotel Vegas, and Saturday March 16th @ the Reverb Showcase, whilst they are playing the Treefort Music Festival (Boise Idaho) on Sunday March 24th.