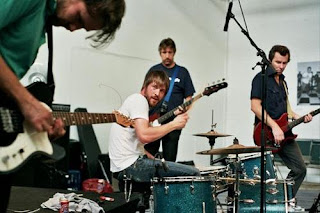 Mikey Young has the Midas touch. If he isn't killing in Eddy Current Suppression Ring or Total Control, he is producing half of Australia's most interesting, derelict rock music or appearing in further fragmented side projects like Brain Children or Lace Curtain. This may seem like a ridiculous notion/statement/whatfuckingever, but the self-titled LP from yet another of his bands, Ooga Boogas, could be up to the task of eclipsing all that he has done thus far.

Why? Because this is a culmination of all the things that are right with slacker boredom blue-collar rock from backwater Australia, this is an album willing to step out from behind shoddy production values, excessive reverb and indecipherable lyrics, this is the sound of a band deftly integrating a myriad of influences into their own indelible image, like an Ooga Booga cookie cutter. No matter what is thrown into the deep fryer - the Lou Reed saunter of 'It's A Sign', the New Wave pheromones oozing from 'Sex In The Chillzone', the skipping out of town with your degenerate best mate 'Archie & Me' - the album meshes seamlessly together, a insidious construction of Babylonian proportions.

The key here is frontman Leon Stackpole. Whilst each song swings from style and tone, his presence and voice permeates throughout, ensuring us that we are always within his world (and sometimes his mind too). The humour inherent in 'Studio Of My Mind' or 'Mind Reader', the chagrin of 'Ecstasy', the dazed malaise of 'It's A Sign' - it is all iconic, idiosyncratic stuff, yet amiable too - there's no airs and graces, nor seedy aspersions. Rather than being downer or designer, this is - well - true; an honest sense of storytelling, backed by killer songs.

Ooga Boogas isn't an album of scattershot ideas - there is no smash-and-grab laziness or sleight-of-hand, just four guys who have crafted ten songs that all stand alone, but together (sewn together by Young's guitar and  Stackpole's laconic, comfortable vocals and knife's-edge amusing/incisive/stupid/inconsequential lyrics) Ooga Boogas defies description - because it surpasses them. 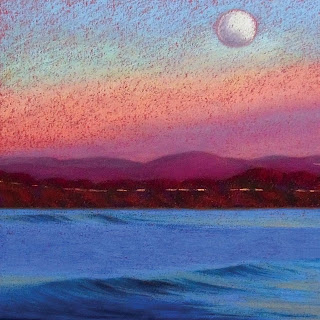 Ooga Boogas is out through Aarght! Records.. It's an incredible record that exudes class whilst explicitly shunning such a thing, and is bound to be held aloft of one of the truly exhilarating records of 2013. You've got to do it for the kids...and your kids' kids.