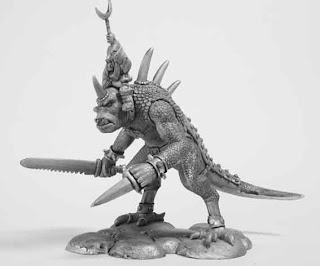 There is a large lizard running around my building. Or so I've been told. I'm yet to see the scaly critter. But judging from the reactions from the people around here, it probably looks like the thing above. If I don't finish this blog, you know I've been garroted by some lizard-orc hybrid that wears hubcaps...or something. Seriously...people are dumb.

It's Hits From The Box time, yo! 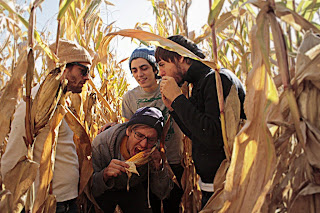 I'm gonna kick things off with Austin ragamuffins Tiger Waves. This four-piece has been making a splash in their hometown (which in many ways, due to the zeitgeist-y nature of the place, means ripples globally), playing alongside the likes of Youth Lagoon, Neon Indian and The Strange Boys. 'Fields' is fairly indicative of what they are capable of - a dreamy, soporific effort that floats along like the best moments of Lockett Pundt's efforts. This is such a killer track, and with an LP on the way, Tiger Waves should be making...well, waves. (Sorry about the lack of lyricism - the killer lizard is really getting to me - and a lack of sleep. I apologise in advance). You can get the Fields 7" here. 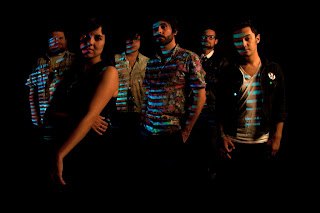 Wild Wild Wets got in touch with me due to previous posts about Mrs Magician and Wet Years (where are THOSE guys? That 'Catch A Wave' song was so goddamn good!), and I'm glad they did. The San Diego group are doing their darnedest to melt the faces of all and sundry into one heaving amorphous being, grinning from ear to ear and losing themselves in the black hole of their psych-flecked jams. They have played alongside SM faves The Growlers, Thee Oh Sees and Moon Duo, have an opening support slot coming up for the Black Lips, and their first 7" Vinyl is on the way from Grizzly Records in the upcoming months. Get inside these thumping swampy songs, throw down and get melted. 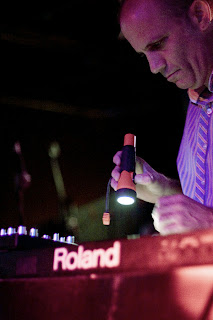 Lid Emba, AKA Sean Moore, experimental soundscaper, is completing a trilogy of releases called Terminal Muse which have explored the idea of isolation in his music. The third instalment, Yellow, came out this week (the first two called Red and Blue respectively). His beginnings in recordings came at an early age - an inadvertent recording of his dog getting run over when he was a child. The tangle of sounds enveloping an ordinary neighbourhood, eclipsed by a childhood horror. Fast forward to now, where Moore created the Terminal Muse triad to come to terms with coping with a year of Hepatitis C treatment which has thankfully worked. The utilisation of sounds that blend together yet seem distinct, fuse to each other's core so that they become undetectable - it can be dense, cruel, lonely - but above all else there is a cathartic liberation in these tunes, a sense of shrugging off the shackles. The Terminal Muse stuff is through Stickfigure Recordings - if you like experimenting with wholesale the breadth of sound encapsulated by personal experience (which, whether you are aware of it or not, most of you do), this is well worth exploring further - head here for more. 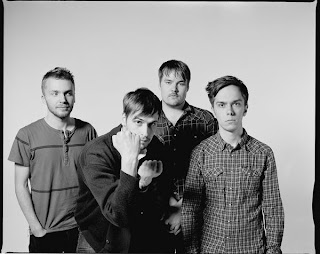 From Finland's capital Helsinki we get Kiki Pau, a band that eschews guitar pop for something akin to spectral jams, preferring to subliminally incorporate various genre tropes and fade them out before they can be fully realised. This is evident on their 3rd LP, Pines, a record that holds sway despite (or because of) its insistence to meander, before crashing down like a glacial waterfall. Pines grows on you, and is more indicative of the Scandinavian nation and its otherworldly beauty than most of the eclectic folk that it exports. Well worth checking out, Pines is available here on emerald vinyl through Brooklyn label Beyond Beyond Is Beyond. 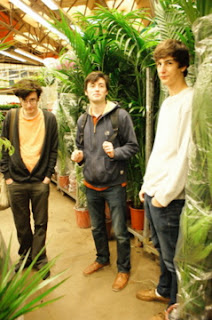 The Palace Of Justice released a self-titled EP back in May last year - the opening track 'Breathe A Word' was quite good off-kilter alt-folk fare with a roll that feels like Beirut if Zach Condon was more inclined to take the piss, but the other two were a little undercooked. The London-based trio started out with 2010's The Album of Justice, a live, stripped back list of tracks that both benefits and suffers from the lack of production values. The iPhone-like recordings sound immediate, like an inebriated night at the local pub with a bizarrely adept "originals band" taking the corner in between the jukebox blaring out Johnny Cash and Kenny Rogers; but knowing the strength of a polished 'Breathe A Word', you know better renditions of these songs should also see the light of day. This isn't usually my thing, but there is enough irreverence hinted at that could make this a strong musical endeavour. Colour me intrigued.

The Palace Of Justice - Breathe A Word 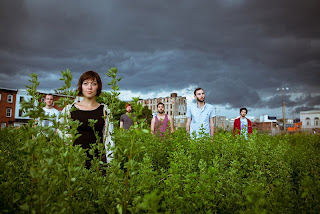 Finally we have Baltimore's Secret Mountains who released their debut album Rainer through Friends Records on Tuesday. Their sound covers a wistful, elegiac stance on psychedelic pop that feels like a more feather-light version of Heartless Bastards or Wye Oak, yet belies the cacophonous caterwaul that takes place at the rear end of many of these tracks. The tenderness is lent from the vocals of Kelly Laughlin, who like the instrumentation around her commands the aural space around here just as much as she caresses it. I haven't had as much time with this record as I would like to - yet there is something here that suggests that unlike Dorothy, once you get into Secret Mountains' world, you won't want to leave. Grab Rainer here.