Looming Over The Burning Mountains

Further down the rabbithole I go...Here's two more albums to soundtrack your loss of touch with reality, your fragmented brain, your wasted elegance. 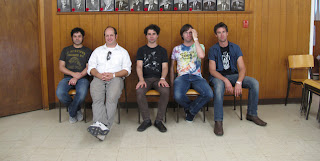 New York noisemakers Oneida released A List Of The Burning Mountains through Jagjaguwar last year, a two-track odyssey that roils over you like a burning sea, wave after wave of sonic menace flowing through you, an unrelentlessness that somehow evokes tumorous beauty. The doom elements draws you to the edge of the abyss, the stark coldness is like Nicholas Winding Refn's Valhalla Rising, brutal grandeur. The press release says of Oneida here as "drunken-master drumming, howling guitar and scouring drones." Shit yes. 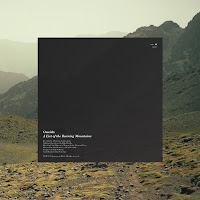 You can grab A List Of The Burning Mountains here. 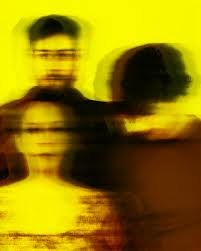 Just so you can punish yourself more, here is Looming, the debut record from Brighton three-piece Negative Pegasus. Taking the aforementioned Oneida as well as Ex Models, Can and especially Knyfe Hyts as musical cues, Looming represents a tonal shift that plays more like schizophrenic motorik, if Battles were less about glossy oddities and more about aggressively euphoric mantras. Blasts of noise interspersed with echoes, warbles and abrasive electronic emissions. Evangelical, puritanical, diabolical - Looming is a joyous purging of the senses. Brilliant.