Hits From The Box #62 - Working Overtime In Overcast Times 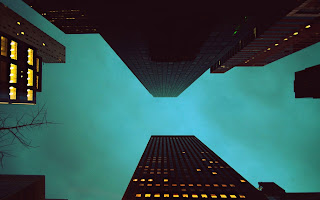 God I'm tired. Started work at 6.30am today, don't finish til 10.30pm. Using my lunch break to write this. And it's still raining.I know a lot of people are over it - and I understand, because people have been flooded and everything - but I love Aussie rain. Maybe it's the fact that it isn't freezing cold, and it has that fresh smell. Although I don't love it today - the overcast weather just makes me want to sleep. That's all Ive got today - sorry. So time for some Hits From The Box, see what'll revive me... 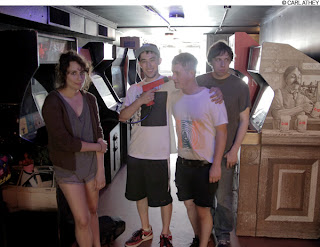 Speedy Oritz AKA Sadie Dupuis released the EP Sports ages ago, and slack ol me am only getting to it now. It's a complete 90s throwback, reminding me of hanging out at my friend's place after school and watching his sister jump on the trampoline listening to Veruca Salt. It's much more innocent than it sounds, actually... The grungey, distorted haze reminiscent of those times is well and truly at the fore of these five tracks. That juxtaposition between the sweet vocals and abrasive lyrics, pop transitions to aggressive explosions of sound, are elements that were rife in 90s bands from the Pixies to the Breeders (and lots of bands without Kim Deal in them). You've heard it before, but the inherent verve and attitude, accompanied by sharp musicianship, means it's a winner. Sometimes you've gotta look backwards to look forward - and hey, this sound never gets old. 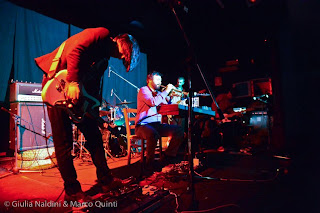 Portfolio is an improvisational instrumental band from Italy, whose album The Standing Babas seesaws between ambiance and defiance without disappearing or bubbling over - a controlled medium. It bears some resemblances to local Brisbane band Ghost Notes, especially with the spectral presence of the trumpet. Portfolio at times feel a little too ephemeral, lacking the punch needed to sustain a languid, mood-building exercise, but there are many moments on this record that really shine. Laura Loriga's vocals swims over the top, or sometimes through the compositions, enmeshed within the melodies.
Portfolio - Beth Gibbons
Portfolio - Latre 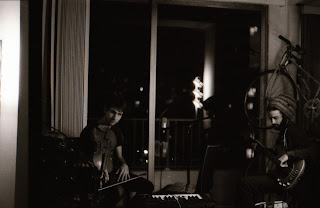 Another ambient daydreaming act is Cliff Dweller, who is classically trained violist, multi-instrumentalist, and music producer whose strong predilection for soundtracks have led to an intriguing body of work. His latest record is Emerald City, a cinematic kaleidoscope that utilises a mix of orchestral instrumentation and electronic sounds across its nineteen tracks. There is an understated sense of desperation and unease throughout, giving it a noirish undercurrent that belies some of the sunnier moments such as 'Peace In The Valley'. Its the kind of art concept that can uproot and transport you even without the aid of visual cues, no easy task.

Cliff Dweller - Peace In The Valley 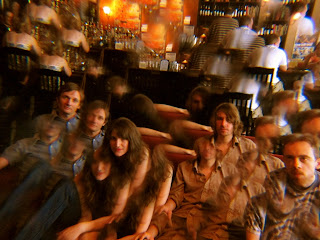 Last week's HFTB I spoke about Kiki Pau. Their Pines record was the second release from Brooklyn label Beyond Beyond Is Beyond. The first was Prince Rupert's Drops
' Run Slow EP, and it's a cracker. Straddling genres that sees them eat up garage rock, psychedelic malaise, alt-folk Americana and countrified truisms, and the result is electric. I've only sat down with this album for a bit, but it really got me the first time and continues to grow on me with repeated listens. I expect to make more hullabaloo about these guys before the year is out...

I have to admit that Younolovebunny is a strange name. The Danish artist is an overtly prolific songwriter, allegedly with more than 700 recorded songs under his belt. The latest release he has is Happy Nation II, and its quirky lo-fi sensibilities belie a rocky core that often lends the songs more gravitas than they probably would have otherwise. The record is out through Almost Musique (home of Shimmering Stars and Hhappiness) and is well worth checking out. 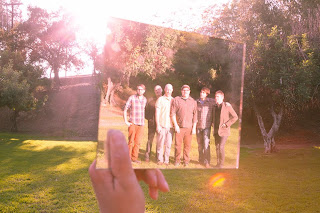 Finishing up is Radar Brothers, a Los Angeles rock band that have been doing the traps for almost twenty years now. The latest record Eight is a cracker. They are probably a little better know than most bands that first sweep through HFTBM, but I wanted everyone to discuss this song and band.

Radar Brothers - If We Were Banished