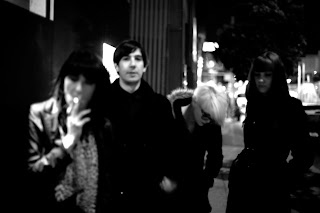 It's been a while since I've spoken about Heather Fortune, the San Francisco punk diva who has made an impressive mark in what is arguably the garage rock capital of the world right now. There was a time last year where Fortune seemed to be everywhere, what with Blasted Canyons' insane excellence and Wax Idols, her "solo project" which fleshed out into a band and saw the release of the strong hook-laden punk almanac No Future.

It's with Wax Idols that she is making waves with first in 2013, as their sophomore LP Discipline & Desire hits the shelves at the end of the month (through Slumberland Records). It's sure to surprise some, with the usual scuzzy riot rock shaved away to provide something starker and with lashings of New Wave and post-punk - almost the antithesis of No Future, to be honest. It's evident from the album title and cover art - Fortune is still at the forefront, the alpha-Idol, yet there is a sheen and flamboyance evident throughout. Plus the move from the scuzzy home of Hozac Records to the dreamy revivalism that many of Slumberland's roster inhabit lays some implicit knowledge down. 'Cartoonist' is like an OTT Gothic Blondie, for crying out loud! Such a contradiction to Fortune's prior output could be a struggle for fans to overcome, but is also likely to win Wax Idols many more fans in the process. 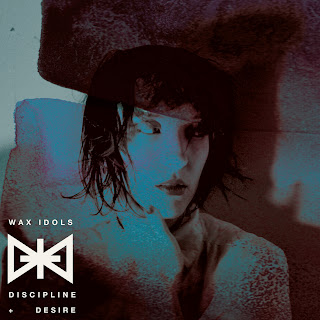 For me personally, the jury is still out on Discipline & Desire. Whilst some of the tracks are invigorating ('AD RE:IAN', 'Cartoonist') there are as many mid-tempo numbers that lacks the attitude and spike and ultimately slows everything down. It could be a grower though - what do you think? You can pre-order it here.