Eating The Future Is Exhausting 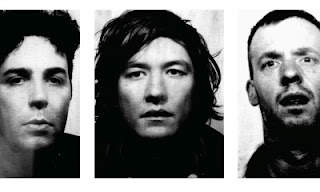 A relatively new endeavour, Melbourne’s Exhaustion (sporting members of Snawklor, Ooga Boogas and Deaf Wish) nevertheless sound like they have been around forever, strapped inside an iron maiden on the seventh level of hell, only now allowed to vent their anguish and despair in what is a short-lived respite from the horrors of eternity. Such is the dirge on their debut LP Future Eaters, all screeching guitar, guttural bass, funereal drums and Duncan Blachford’s contorted and flayed vocals, that it is difficult to listen to this without feeling heavy of head and heart. That said, this is an album that leaves an indelible mark.

Opener 'Don’t Fly Righ't is a Jekyll/Hyde sonic orgasm, filled with chagrin and malice in equal measure; 'Keep The Change' offers redemption via humiliation, soundtracked by sheet metal and rusted nails in sonic form; the gut-churning regret brought on by a heinous act manifests into howling despair and paranoia on 'Old Mickey'. The lynchpin is the ten-minute-plus dead-eyed lurch of 'No Place For A Holiday', its ominous groove continually spiked by garrulous guitar strikes, a relentless bassline grind, a bizarrely soothing electronic outro from Zond’s Justin Fuller and a narrative that evokes humanist horrors at every turn (Hitched a ride down south/Fell asleep/Lost my way/When I came to/Life was a living nightmare/Don’t look back/Run). Future Eaters is in many ways a malevolent, malignant album that is more likely to invoke an epileptic fit than an epiphany… in many ways a sister record to the self-titled debut by the Spinning Rooms, but instead of small town madness we have urban nightmares amidst industrial wastelands and the grotesque. This is difficult to like, but nigh on impossible to ignore. 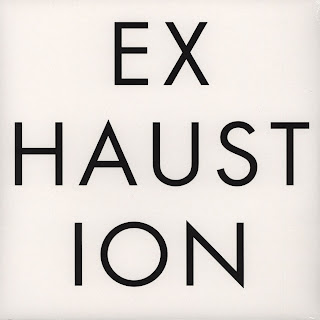 You can buy Future Eaters via Aarght! Records soon - original pressing sold out, but repressing (in white no less) is out next month. Its dark, dank, destructive. Everything I love about music.