The Vice Of Clearing Out The Cobwebbs 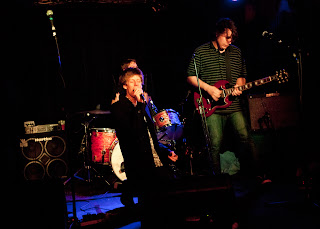 I have been intending to write about Brisbane psych/garage rabid hybrid Cobwebbs' debut LP All Around for quite some time now. Its official launch came back in November at label Lost Race's inaugural festival (which was killer, and rumours afoot that it will back up for another shot at the title this year), and the vinyl version has been selling steadily. But now is a good time to shine a light on this record for two reasons - rumours also persist that the record has sold out therefore are as rare as hen's teeth (which is kinda true - there were only 100 initially pressed), which was purported by the second reason this article exists - the abortion that is this review by Vice.

I don't want to get into a slanging match about the shortcomings of this kind of "journalism", or indeed Vice itself - the magazine has come up with some amazing articles and ideas over the years, and as Black Lips is its "house band", it surely has its fair share of kudos coming to it. But offering a review that tells you nothing other than an album is cool because its hard to get and hard to understand (possibly - I'm not sure the reviewer even got that much across) is poor. I'm probably adding to the fire by wasting oxygen and energy writing about it, which then fuels Vice's stance as a hipster bible - but fuck em.

So, money/mouth time - how is this album? All Around is certainly murky, a racket that revels in its chimera-like interchangeability.  I have the luxury of having seen these guys live many times since their inception - I started out thinking they were a fresh counterpoint to the garage rock that seemed to flow out of every corner of Brisbane in 2011, infusing something a little more sinister into the mix; but now they are an entity unto themselves, spawning their own harem of likeminded collectives (Barbiturates, Occults, Caterpillar Hood) whilst growing in stature and confidence. And those live performances flesh out the very lo-fi production here. But newcomers should still revel in this bottom of a metal barrel aesthetic, because the eight tracks on offer are drenched in the kind of fetid, lurching swamps of feedback and bile that nevertheless  is steeped in classic rock and roll tropes a la The Animals, The Troggs and The Kinks. Acid tones to melt your bones, All Around is the kind of album that deserves cult status because of what it is, not what some fey douchebag says it is. 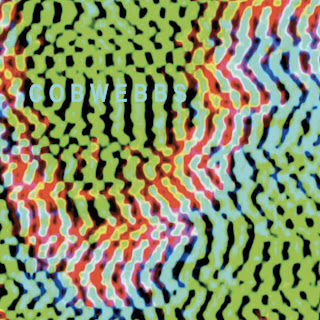 You can still get All Around too - right here. Or click below. Can't get much easier than that.