A Vitriolic Carpetbombing Turns Into A Five Star Harmony

Without naming names, I had an “interesting” conversation with another music journalist about the idea of the perfect album – that is, a five star review. The argument was an incredibly flawed one – in that, was I “sure” something was a five star review; how can you make such a call early on in the year when nothing else has come out – seriously, I was left fuming at the inanity of it all. Music isn’t governed by when it comes out! Sure, placement at certain times of the year may affect sales, but that has nothing to do with the artistic integrity of the creative process. People can release an album twenty years after they wrote it and it is as relevant if not more so than when it was written.

I kick off with this because the aforementioned argument centred around Melbourne troupe Harmony’s sophomore album, Carpetbombing. Again, without naming names, you will be able to find that review floating around the ether, an that it is not in fact a five star album. This post is to rectify the matter – for I thought it was a brilliant album on the first listen, and it continues to be so some three constant weeks later. Every word in that review is on the money, deliberated over and warranted – the score, not so.

Why am I deeming that this is a perfect album, and so intent to prove it so? Because I can understand to points of contention from many here – a) is there such a thing as a perfect album anyway, and b) the aesthetic value of an unique band such a band as Harmony is divisive at best, thus proving such strong assertions is likely to be swayed towards the “diehard” fans. And I want this post to at the end of the day make someone on “the other side of the fence” come to Carpetbombing with an open mind, attempting to see what has been achieved, and maybe be in the same banged-up aluminium dinghy of opinion as I. Whether it will be a solitary ride or one so overflowing with supporters that we drown in the euphoria remains to be seen… 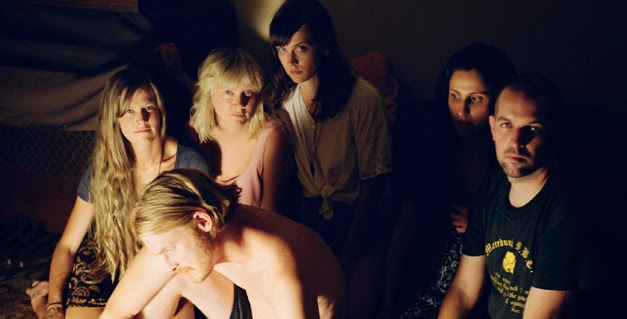 OK. Harmony. A hard sell on paper – the lead guy from roughshod rockers with blue-collar flannel etched in their veins The Nation Blue, together with his wife; the cantankerous bassist from defunct Welsh acidic nihilists Mclusky; and a trio of Syrens. This motley crew combines to create cracked, burdened, working-class anthems that straddle the fence between gospel preachers and self-flagellating masochists. But the band have an inherent knack for finding the heart-rending in the bent string; the transcendent in the throttled vernacular; the epiphany in an acoustic three-part harmony. Carpetbombing takes this to the absolute limit.

From the opening strains of 'The Closing Of The Day', a Dirty Three meander through the broken glass of despair, you know what to expect. But then rather than a baritone, a yowl or a soaring choral waver, you have the gravel-encrusted voice of Don Walker. This is a daring way to start - on a complete downer, the sweat and the tar of the street sticking underneath your fingernails before we're two minutes in. 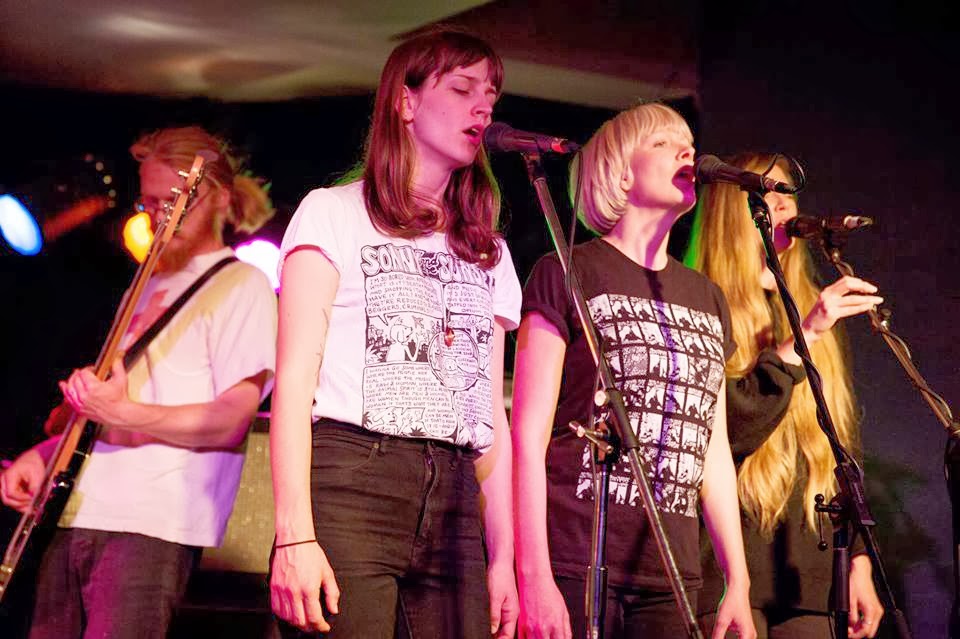 (Photo by Linda Wales)
But god if Tom and co don't know what they're doing. 'Water Runs Cold' is hushed, then fervent; the idea that the shower can be the only place to hide from the world, then that comfort is stolen from you too, is gut-wrenching in its maudlin simplicity, but is somehow uplifting too. Tom's guitar arpeggio kicks in a final third that feels somehow redemptive, watching the shit of life run down the drain, even as the stab of cold turns the reprieve into yet another painstaking endeavour. 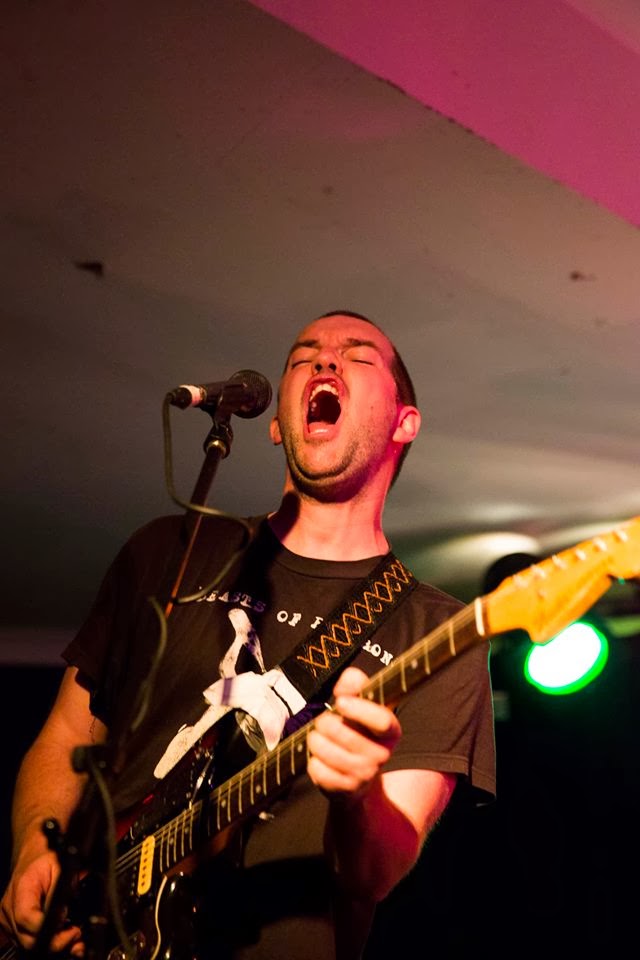 (photo by Linda Wales)
And this is the utter breathtaking beauty of Harmony - everything is emotion; head in hands, heart impaled on sleeve, larynx raw, waterworks of anguish and passion. Yet there are those moments too when there is sweetness amongst the bitter bile of the banal, and this comes from the ingenious inclusion of the Erica Dunn, Quinn Veldhuis and Amanda Roff. Their sonorous, lilting vocals are strong yet supple; soft yet harbingers of inevitability; sanguine yet filled with chagrin. They are the heavenly hosts exacerbating the salt-of-the-earth travesties, looking down on the flannel and makeshift tattoos of the outer suburbanite, the wartorn soldier, the little lamb lost to addiction, avarice and guilt - Milton of the squats, the shelters, the streets, the squalor - the working-class Paradise Lost. And yet Carpetbombing once again eschews the churchly labels that get somewhat understandably placed upon them by continually showing us that there is no Heaven or Hell, no God, no Satan. There is only the Self - as dark, as isolated, as self-pitying, as hopeless as our nightmares relentlessly convey. And Harmony also prove that whilst the darkness is within, so is the light. By the time the close-to-title track Carpetbomb rings out, you have been rung through a broiling, emotional ringer. But this is all about euphoria, catharsis, redemption. And instead of shirking away, it's time to listen again, accompanied by that all-pervading radiance that is the knowledge that no matter what happens - YOU WILL BE OK.

So yeah. I like Carpetbombing. I think it's already a contender for album of 2014. It could be the best thing that any of these artists have put their name alongside. And yes - it's a five star review. 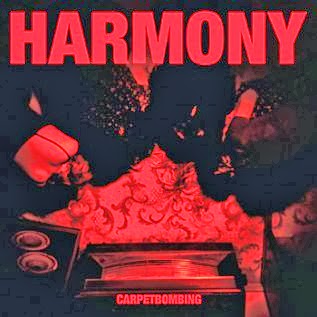 You can get Carpetbombing here.