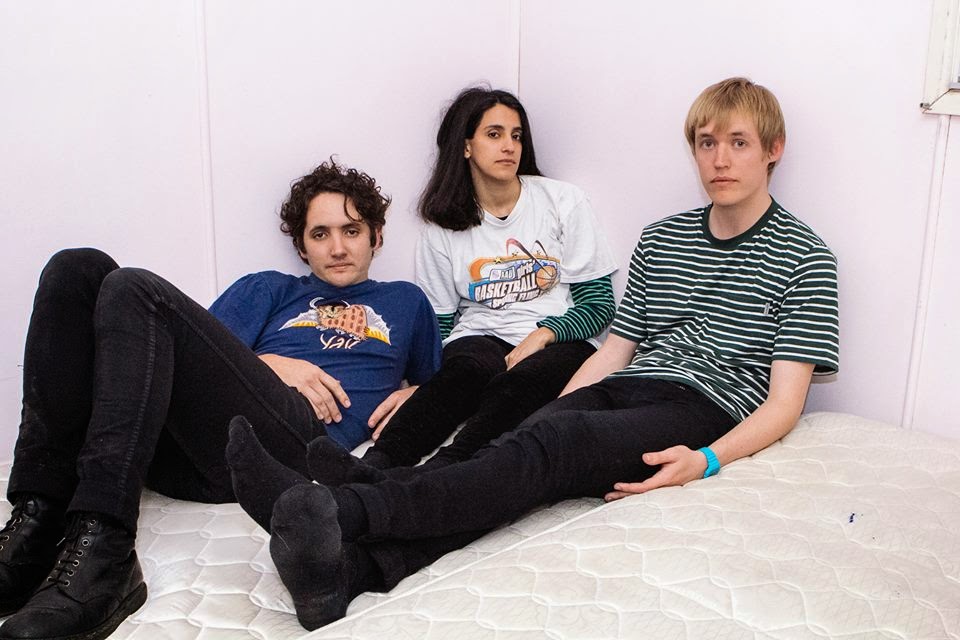 Just a quick night trip of slightly brooding jangle from new(ish) Brisbane band Tempura Nights. Rising from the ashes of Go Violets and featuring members from Major Leagues and The Good Sports, Tempura Nights bring us 'Brainroof' which follows the current penchant for moody 90s guitar indie rock (one I have been very partial towards I must admit), and the Speedy Ortiz parallels are present and accounted for. The feedback about 2:15 in really hammers that home - its a wonderful sound. The song is a simple pleasure, but sometimes they are the best. I still haven't decided what a brainroof really is though.

Having played alongside the likes of Tomorrows Tulips, Palms, Bad//Dreems, Snowy Nasdaq and Emma Russack this year, with a gig alongside Richard In Your Mind in the near future, expect to hear from these guys.
Posted by Brendan T