A Silent Drop In Holo Time 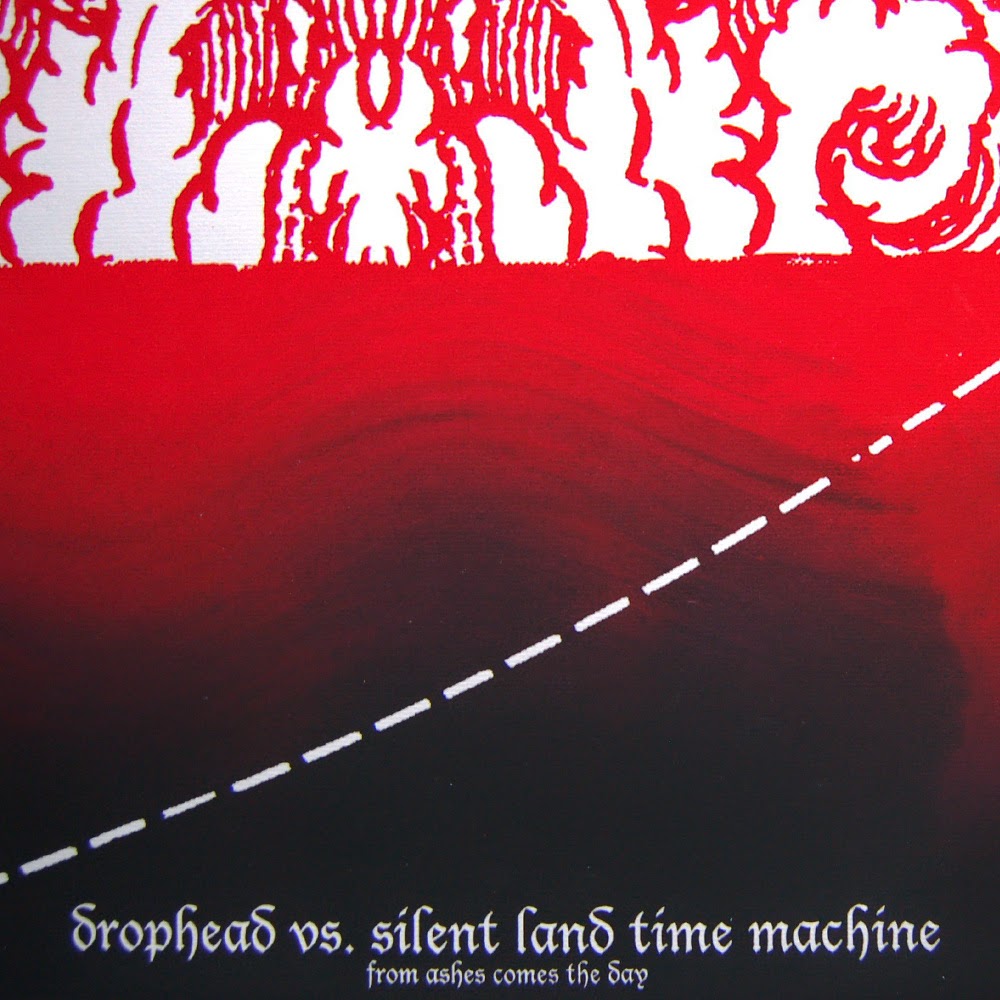 Let's drone out into the twilight with this new collaboration from Holodeck Records. From Ashes Comes The Day is a two-part behemoth crafted out of enmeshed workmanship by two consummate experimentalists - Drophead (AKA Montreal's Eric Craven) and Silent Land Time Machine (AKA Austin's Jonathan Slade). The seesawing drone narrative that exists here resonates primarily due to the strings that Slade incorporates, at once imitating a siren, a circular saw, a taut wire fence vibrating in a desert storm. The pregnant electrical maelstrom that comes over the horizon - guitar, effects, ephemeral noise - fills in the gaps and isolates; a seamless intersection that nevertheless evokes natural ostracism. Some of the reverberation reminds me of Neil Young's Dead Man score, if created as a backdrop for a dystopian tundra, the sun scorched an iridescent red. The cyclical nature of these two tracks also plays its part - it feels like a soundtrack to the post-apocalyptic ages, one destined to be passed down generation to generation as their livelihoods and likelihood to hold onto their humanity diminishes exponentially.

The thing about From Ashes Come The Day though is that I find this somehow prophetic, ebullient even. The interwoven guitar-and-viola feedback licks at the soul - a double-helix of like minds, creating a nebulous landscape that seeps from the cracks of a destroyed future, yet its mere existence is proof that the future is still worth fighting for.