No One Says Pronto When You're Gone 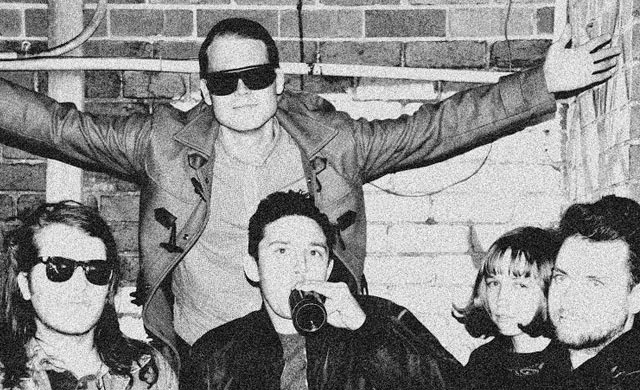 I never thought I would say this - but it looks like we have another Cannon on our hands. That loose-as-fuck party punk meltdown of a band from Brisbane know how to wrap up a hook in cellophane and goon, ram it down your throat and make it the damned best experience of your life, even as your stomach is pumped. And yet here we are with Pronto, a five-piece from Melbourne who are all about thrashing about maniacally, partying hard and somehow keeping the garage rock juggernaut on its tracks - and even when they caterwaul into destruction, it's down with a dumb grin plastered over their gurning mugs. There are harder edges under the drool - 'Shut Up' and 'Red Flag' in the middle of the album has a steel spine that reminds you what a punk gig used to be like. But above all else, When You're Gone plays out like an origin story: a drunk dude stumbled on stage, grabbed the mic and let loose - and no one, least of all the band, is brave enough to wrestle him from it. The band joins in, because after all he will tire himself and puke on his worn BOMP Records shirt in a minute, right? But he doesn't. And he endears himself to this band. And Pronto is born. And the world is saved, and destroyed. A sequel is imminent.

When You're Gone is out through Off The Hip Records - get it here.
Posted by Brendan T

Email ThisBlogThis!Share to TwitterShare to FacebookShare to Pinterest
Labels: Off the Hip, Pronto