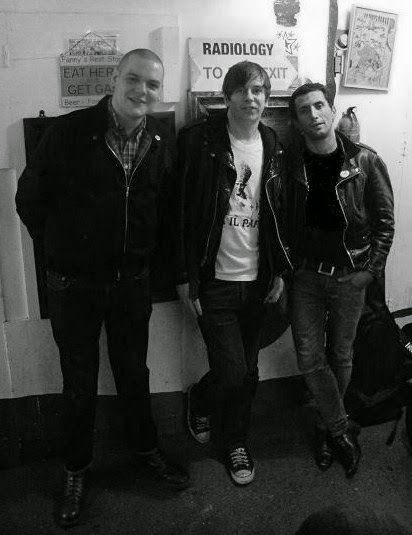 Sometimes a band fizzles out before they really get going, but still manage to leave behind a legacy. Case in point will always be Death, the Detroit garage punk band doing it before anyone had ever heard of the Sex Pistols or MC5 - not even dreamt such a thing could happen - that only came to light when one of the members' sons discovered recordings in the family attic. There is a 7" out now (through First World Problems Records) called Fatality - made up of the only existing demos from a band in London that only played one gig. Their name - Quango. And the two songs on the B-Side have that Pistols arrogance and spat venom (and are still great, especially 'QuickQuid'), it's the A-side title track that really floors. Talking about a real-life death at a train station, the song is a heady mix of feverish guitar, a Mark E Smith monotone that somehow still feels barbed and furious, and a hectic pace driven forward by drums and bass that are incessantly tight. It's an incredible song. All three tracks sound great to be honest - their low-grade recordings make them seem like long lost balltearers from the 70s. And whilst they don't have the time-capsule mysticism that surrounds the resurrection of Death - these songs were recorded only a couple years ago to be fair - the authenticity and the vintage sound lends Fatality a "what might have been" quality that is undeniable. The 7" is sold out unfortunately, so indulge in the digital here.

Email ThisBlogThis!Share to TwitterShare to FacebookShare to Pinterest
Labels: Quango