Hits From The Box #87 - The Cricketers' Devil's Number 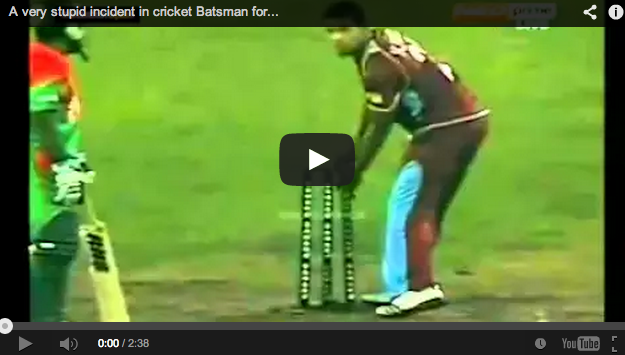 We have hit the 87th edition of Hits From The Box. There should have been heaps more to be honest, but these are unwieldy buggers and it's quite amazing that we have gotten this far - come on, I have only done three drone columns since the start of the year on what was supposed to be a weekly sojourn into the noisy unknown! Anyway, I also love cricket, and they are a stupidly superstitious lot. One thing that at least the Australian contingent get hot under the collar about is the unlucky number 87, which is 13 runs away from hitting an illustrious century. Really? It doesn't even have 13 in the number; it's a ridiculous innings to be scared of! 87 is a good score - and if you blame luck when getting out then, when you are seeing the ball like it's as big as the Sun, you are a worse human being than your Twitter feed says you are. So in lieu of all of this, I present you six bands that have dropped in the box that are filled with expletives, uncomfortable nuances, and abject hedonism - I'd rather lose my shit to this than a dodgy astrology reading on my batting average at least... 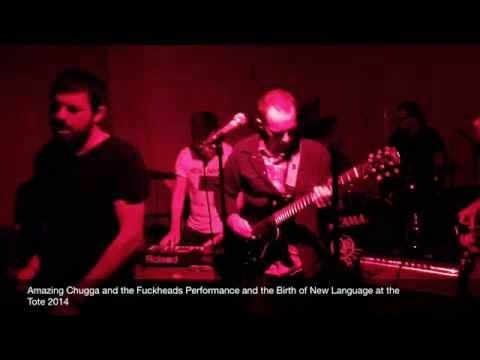 Who else should kick off proceedings other than a band calling themselves Chugga and The Fuckheads? This is not an ironic name either - don't expect knowing lyrics and cool clothes. This is a Melbourne band of fuckwits tearing the place apart, barely keeping time in between sculling beers and slugging women. It's awful. And that is why they are my new favourite band. 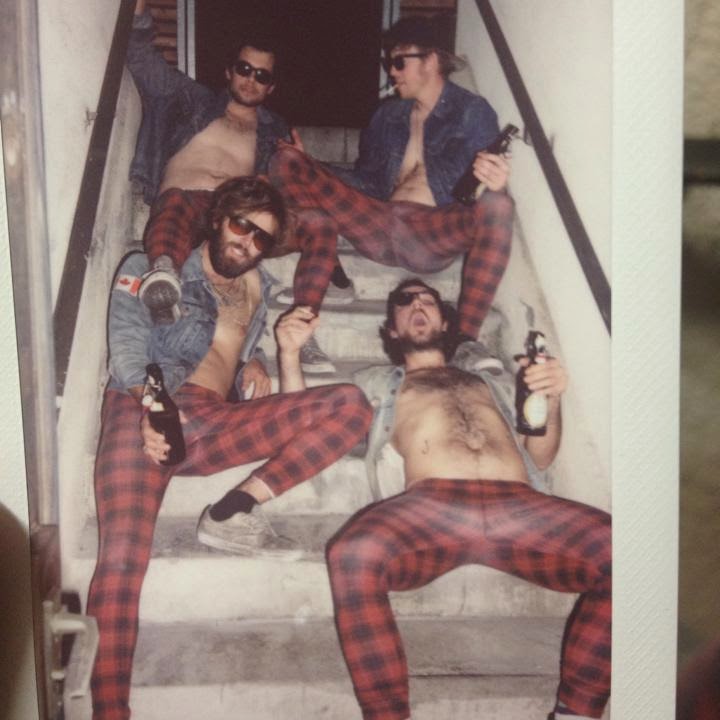 Let's head over to the more cheery yet still stupid New Swears. The Canadian four-piece are a garage party machine of the sloppiest kind, filled with vim, vigour, vinegar and vodka. New album Junkfood Forever, Bedtime Whenever is a great name for this album, but also undermines it a bit - there are infinitely more hooks and cool times to be had that such a cheeky title leads you to believe. It is sugary jangle and acid-tinged hypercolour, the kind of music that gives you a killer euphoric and energetic high and leaves you with cigarettes and cat piss in your mouth the morning after. And like all awful comedowns - you will be back on the rollercoaster just as soon as you work out how to uncross your eyes. 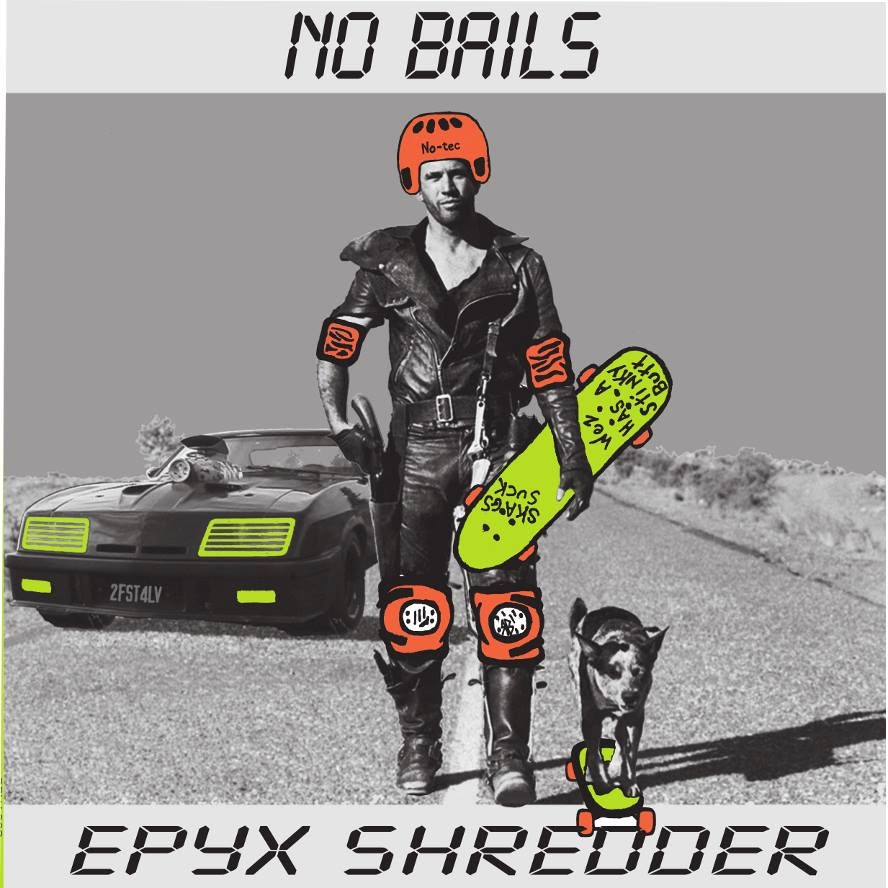 Are you ready for some basement scumbag punk from Michigan? No Bails are equal parts rough as guts, dumb as shit and awesome as fuck. Their new album Epyx Shredder (out through newish awesome label Pelican Pow Wow and includes the ridiculous Mad Max cover art above) is simplistic, breakneck rock with song titles like 'Yor So Shitty', 'Your NES Is Fucking With Me', 'Nubber #10' and 'Who's A Punk, Your Mother' - it's a winner. The boys played a show with SM faves Deaf Wish as they travelled through the US on their way to GonerFest so that piqued the interest - but this acidic Ramones on rancid Es slab of punk is its own blasted, wasted beast. 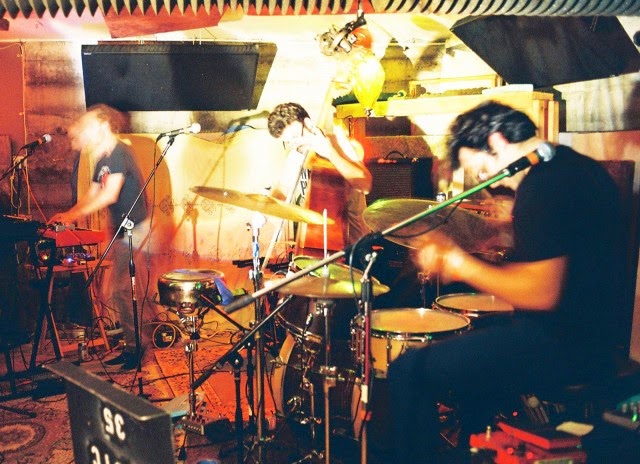 Now for something totally different we have Beep!, the Oakland jazz synth weirdniks that features Tune-Yards' Nate Brenner. Too Physical is a weird walk on the slanted and enchanted side, with beeps, squelches, glacial hip-hop appropriations and glitches real and imagined all melding to create the soundtrack for the future when the world is overrun by the aliens from the filmclip to that song 'Blue', all trying to act like hipster humans. I'm not even being disparaging - some of these songs hurt my inner Self, but others were beguiling and - dare I say it - groovy. There is Tortoise and Deerhoof links in there, then there are real outlier stuff that not even free jazz can encompass... Its the kind of giddy experiment that shouldn't work, almost doesn't, but is so ebullient and gleeful that you can't help but be sucked into the 8-bit vortex. How warped is Beep!? Well their album is available on an art card that is plantable. For real. Plant it and the little daisies get pushed out. Whoa...

After that mind melt, it's fair to say our brains are fried, so no wonder we wanna get our Sex Hands on... The Manchester four-piece has actually been mentioned on Sonic Masala before, but seeing as I'm going for mildly offensive references today (New Swears, No Bails' lyrics, Beep!'s song 'Shit Pony' and 'That Shit In The Sky Is Stars'), I thought I'll do what I want. LIKE ALWAYS. Anyway, they finally released their excellent debut album Pleh the other month (through ever excellent Faux Discx) and yeah, you should totally lose your shit over it. NOW. 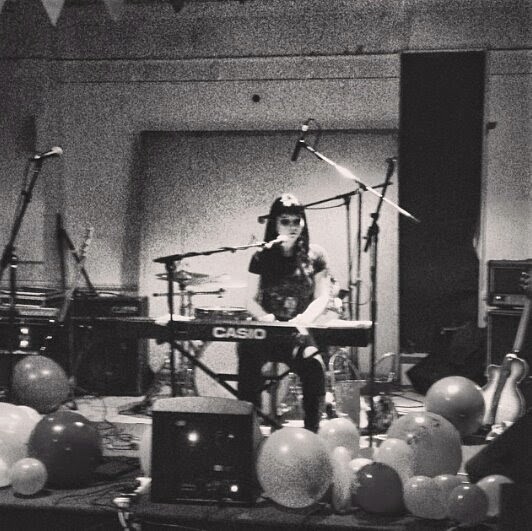 Let's finish with Blood Of The Bull, the side project for Scottish noiseniks Divorce's Hillary Van Scoy. It's that tightwire mix of holy innocence and scuzzy sneer that really drags you in. Soft Power Records put out her Bend Over EP earlier this year and it's pretty good - you can grab it here. Until then, hold your head up high and go fuck yourself (what? It's the title of the song!)

Email ThisBlogThis!Share to TwitterShare to FacebookShare to Pinterest
Labels: Beep, Blood Of The Bull, Chuggs and the Fuckheads, Hits From The Box, New Swears, No Bails, Sex Hands